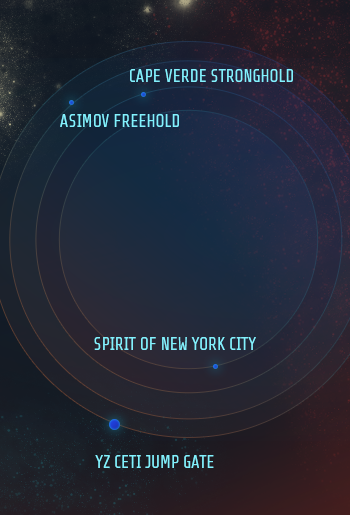 YZ Ceti was chosen as a secretive Consortium R&D hub back in the Before, for reasons which are now poorly understood. Some think it was the abundant raw materials of nearby Tau Ceti which caught the eye of Consortium planners all those cycles ago, though lack of a direct wormhole link undermines the theory. Others suspect military considerations played a part in the decision, with the system’s single point of wormhole access making defending its top-secret activities relatively simple.

Today, the system’s four high-security stations, casually known as the ‘Iron Quad’, remain under Consortium control. Together they facilitate a push to reacquire lost technical expertise in the fields of robotics, chemical and biological agents, and communications. Ostensibly devoted to both civilian and military applications, these stations pull in work-seeking techno-specialists from far and wide.

The Gaule keep a close, and sometimes paranoid, watch over developments here; a right enshrined in the Nouveau Limoges accords of 92 AC. In theory, this access-agreement should allay mistrust between the two great powers, calming any potential arms race and reducing the chances of future conflict. But in practice, it does little to quell Gaule suspicions of Consortium culpability for the Catastrophe - nor reduce their fears of a possible repeat scenario. 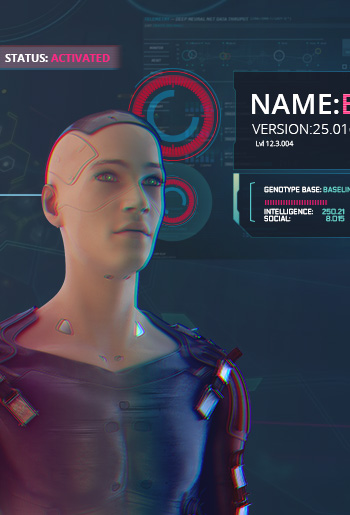 Asimov Freehold is a Consortium science outpost, specialized in robot and android research with a mixed civilian and military focus. While visitors are allowed on board, research facilities have tight security and outsiders are prohibited access to much of what goes on within.

Pre-Cat, Asimov Freehold was used as a warehouse for new robotics projects. Shortly before the Catastrophe, the communications systems on Asimov went out. It was assumed to be a result of increased flare activity, and before anyone could investigate, the Catastrophe hit. Cycles later, when the Consortium regrouped enough to send teams to explore all of their post-Cat “blackout” stations, they discovered an awful sight here.

All on board had suffered a truly horrible death. In response to lifeline systems failures elsewhere, the station’s science crews had gathered in a large, central waste compactor, presumably hoping it’d provide sanctuary somehow. But to the horror of recovery teams, it appears that these panicked souls then triggered the mechanism on themselves, first causing suffocation, followed by a brutal crush. No survivors were ever found and external culpability was ruled out.

Researchers were even sent to study the neural configs of the station’s robots and androids, but found their hard-wiring for the core laws of robotics, which prevent them from harming humans, still universally intact. There’s little doubt that this was a tragic act of, perhaps accidental, collective suicide but the exact motive remains a mystery. And yet, despite these uncertainties, the Consortium eventually reactivated the station regardless. Today, Asimov’s robots and androids are slowly being brought back online as researchers gradually reacquire the knowledge needed to operate them. 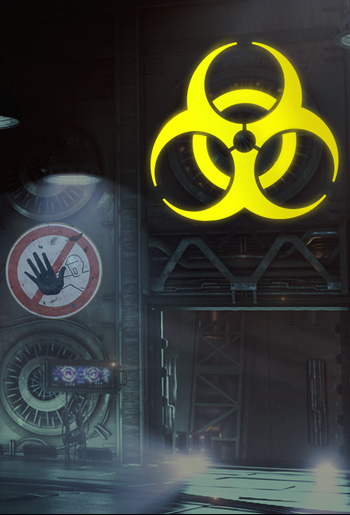 Whatever their role, those who spend time here try not to dwell on the horrific details of the station’s Catastrophe experience. A deadly outbreak of untreatable ‘Ultra’ Septicemic plague resulted in a 100% mortality rate. Many cycles of quarantine followed, with the Consortium only recently re-opening the station and its unique lab facilities. Some say the revival of this research center is evidence of the escalating arms race between the two great powers, while others label it a realistic precaution against potential future threats.

Either way, those who walk Cape Verde’s corridors today know they are only one, accidental or deliberate, containment failure away from a similar fate to that suffered by Verde’s Catastrophe-era inhabitants. Rules and regulations are taken seriously here. 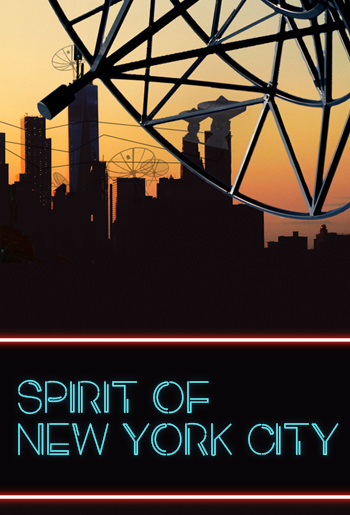 The Spirit of New York City was once a rather trendy station with various cafes and lounges that emulated the ancient Terran city of its namesake. Reportedly, back in the Before, this station enjoyed some of the most relaxed and froody vibes of the galaxy. Mellow bars, dazzling art installations, and cafes galore adorned every corner of the station that sought to emulate the spirit of its namesake - allegedly to provide the science teams working elsewhere in the Iron Quad somewhere to relax and recuperate from their demanding work.

But today, fun is lower down the priority list in the Iron Quad. The Spirit of New York City has been repurposed and is now brimming with all manner of sensor arrays and satellites, keeping a watchful eye on the system. Security is quite strict and the Consortium here seem especially wary of non-affiliated visitors.

While other stations in the Iron Quad seem to be quite clear in their respective roles, the only tangible function here seems to be observation. Every inch of the exterior of the station is covered in scanners and antennae of all manner and shape, from gigantic dishes that obscure entire sections of the hull to arrays of data collection nodes that spread out like a tiny carpeting of metallic moss.

Some note that in particular, many of the larger observation devices seem to be perpetually aimed at the planetoid which the station orbits, as if keeping some secret and silent vigil on what lies below. But the Consortium remains utterly tight-lipped about the whole affair. A palpable feeling of paranoia greets anyone not directly affiliated with the Consortium and their military divisions. 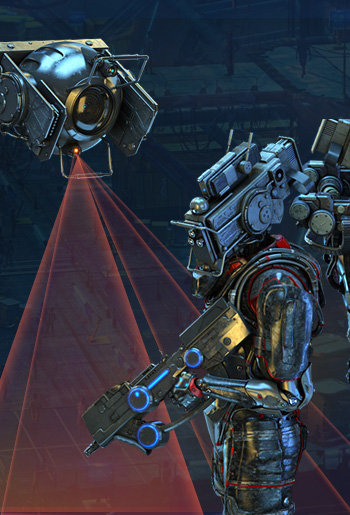 As the entry point of the Iron Quad, YZ Ceti represents one of the Consortium’s vital strategic assets. All passenger and cargo traffic in and out of the system is meticulously scrutinized here to ensure compliance with the Iron Quad’s strict safety protocols. The station is, in effect, a highly organised and fastidiously run checkpoint.

As a result, this place is no stranger to Consortium military personnel and vessels. A considerable presence is maintained here at all times, guarding against a range of extensively war-gamed scenarios, from theft of Asimov’s R&D secrets to chemical or biological containment breaches on Cape Verde. Things are taken seriously here and charlatans of all stripes are best advised to avoid provoking the station’s authorities in any way whatsoever.