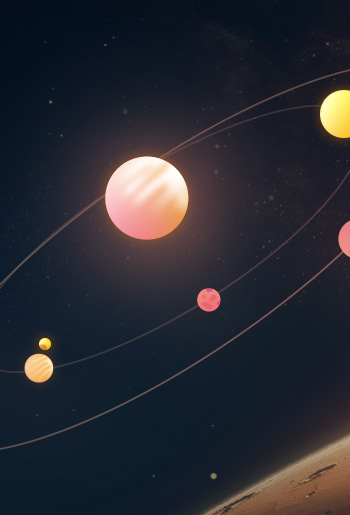 Excerpt from a small fragment of an ancient Terran guide to galactic life found after the Catastrophe.

"Space is big. Really big. You just won't believe how vastly, hugely, mind-bogglingly big it is."

From the musings of Maya Von Christova - Benevolent Dynamics

After the Catastrophe, what remains of humanity exists on space stations scattered around the galaxy. Space, it is said, is what now binds the human civilization. It is the dark and murky sea in which we flounder, struggling to stay afloat in. It is what gives us purpose, bonds us together against a cold, zero-atmospheric foe that would wipe us out but for a few meters of corroded metal and ancient rock. But we need it. Space is also our challenge, it drives us, lights the fires of our inspiration on how to survive it, traverse it, and even utilize it. It would be the death of us all, and thus we fight against it, stand against it, build our hulls to steadfastly protect us from it. Space, it turns out, is, at least for now, our home. 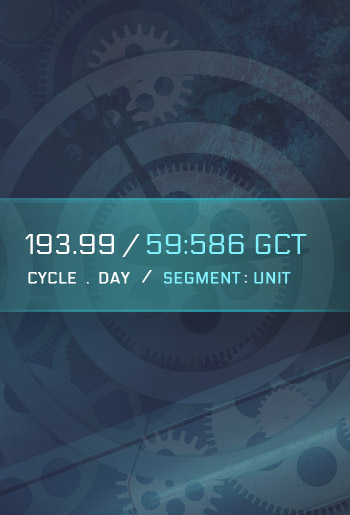 The exact date in the galaxy is uncertain, but it is theorized as being somewhen around 2600 CE in pre-metric time system. Due to this uncertainty, time is now measured in cycles since the Catastrophe (AC). Years before the Catastrophe are not tracked, as humanity is uncertain of what happened beyond scattered documentation and fragments of recovered data. Across the galaxy, time is measured as GCT — Galactic Coordinated Time. It consists of four components: cycle, day, segment, and unit.

This is the number of cycles since the Catastrophe, with a cycle being 100 days.

Possibly an evolution of the archaic construct known as a 'week'. A tenspan consists of ten days.

The day is broken up into 100 segments. Each segment is almost a "quarter hour" of old Earth time.

Each segment is broken up into 1000 units. Each unit is slightly less than a second of old Earth time.

The official format of GCT is cycle.day/segment:unit GCT:

This example represents 193 cycles after the Catastrophe, the 99th day, 59% of the day has gone by, and a bit over half of that segment has transpired. That would be just over 53 years in the pre-metric time system.

The technology that powers a jump gate is not currently fully understood. Jump gates are stations built alongside what appear to be established and stable Einstein–Rosen bridges that allow for safe travel between two fixed points in the galaxy. It is not currently known if we possessed the technology Before the Catastrophe to engineer these phenomena ourselves, or whether we harnessed naturally occurring bridges and built the gates around them. 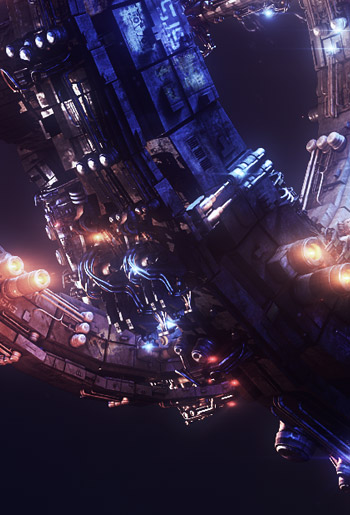 From the notes of Dr. Horatio Lazbender - Benevolent Dynamics.

From a technical point of view, the bulk of existing Space Stations are built into asteroids and similar existing celestial bodies while a smaller number consist of completely engineered structures built from the ground up. It is presumed that building most stations into asteroids provided the maximum amount of structural integrity and protection from the elements of space. Power is derived from immense reactors that run efficiently and, by and large, automatically. Water reclamation is also present in almost all stations but is, obviously, not an efficient manner of producing an adequate amount of drinking water. It sufficed, barely, for the emergency situations that we found ourselves in after the Catastrophe but, thankfully, now ice mining has begun to resurface as a viable method. 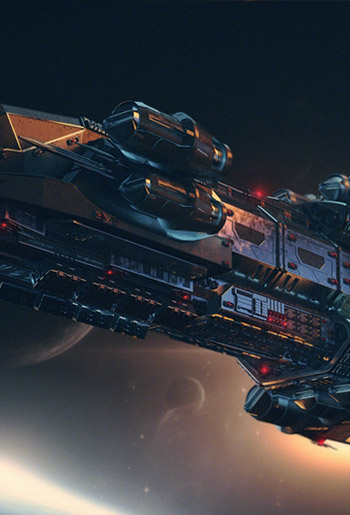 We are in a position quite to the history of our strange and eccentric little species. We possess science and technology which we know, by and by, how to utilize, but no longer remember why. Much of the research at Benevolent Dynamics is committed to rediscovering the workings of science from Before and space travel is, I believe, at the forefront of this research.