Thanks to the connectivity offered by the Mesh, citizens can access content feeds from all over the galaxy. The diversity on offer ranges from major affiliations’ official news channels to business feeds devoted exclusively to sectors such as ice mining or private security. Citizens typically access content either via their CORETECHS, or using a mesh-connected slate, such as a small pocket device or the large public screens common on many stations.

Most of the larger feeds run by governmental offices or professional journalists offer a multimedia mix of text, audio, images and video content. Individual citizens’ feeds are typically simpler, comprising of short, text-only blog-style entries. But, regardless of source, content items often conclude with the same audience plea to ‘subscribe for more’. Although the total number of active feeds is high, the big subscriber-counts are boasted by only a prominent handful.

Media freedoms tend to be higher on Freebooter stations where little monitoring of surrounding Mesh-nodes goes on. On Consortium and Gaule stations however, authorities are more cautious, keeping an eye on traffic passing through the nodes which serve the facility. Since content cannot circulate without a verifiable individual or institutional source, potential agitators or trouble-makers using these channels can usually be spotted and tracked. 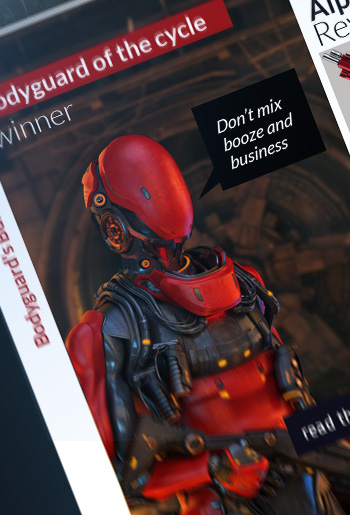 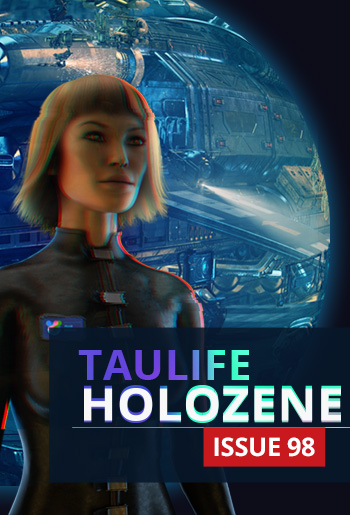 Culture of the 'Verse: Cloning

Culture of the 'Verse: Cloning

Greetings to all you crazy cresters of the CORETECHS and magnificent mesh maniacs out there! New series coming your way to inspire and illuminate, tantalize and titillate!

We’re going to spend the next couple of segments, and many more down the road, discoursing the various aspects of culture from around the ‘verse. It’s been a fair few cycles since the  Catastrophe and, when we ain’t looking over our collective shoulders, wondering if there’s another, we’ve actually been living! We just didn’t know we were.

So, once a tenspan or so, we’re gonna take a breather from all that smog and drama and sit back and see where we’re at, culturally speaking!

And today, we’ll be taking a gander at cloning!

It certainly is a funny old ‘verse. Story goes that an age or two before Before, folks used to be terrified of shuffling off that pesky old mortal coil. Today, not so much! I mean, sure, you have to spend a pretty credit or two thousand, but you can buy yourself a nice, spanking new body to upload right back into should some plasma foil feedback loop fry that pretty face right off before you were good and ready.

Course, it sure ain’t for everybody mind. Prometheus folks over on Daedalus station reckon you got one life to live and anymore is just plain old cheating. They strongly oppose any tech associated with cloning and some even go so far to shun any folk that have been known to be cloned. There’s even some that associate Prometheus with certain terrorist activity that targeted a number of cloning centers some time back.

Now other folk? They take to the whole situation like mass to a gravity well! Down on Paris Spatial, there is a particularly recent trend of art that involves increasingly creative ways of offing oneself and then uploading into a nearby clone in time for the applause! Now I ain’t one to judge, but as far as entertainment goes, I find that particular kettle of plasma coils just a might grim for my tastes.

The corporate front ain’t been slow on the uptake either ‘course. Been a fair amount of cycles where a number of corps, now really gaining traction again after the Catastrophe, have been instituting a clone clause. It applies to all employees whose job description is above a certain acceptable risk threshold of death and/or life-altering dismemberment. You can imagine this don’t sit well with employees of a Promethean persuasion of course!

Let’s not forget that there’s a fairly strong correlation between genotype functionality and cloning as well. Quite often some folk (if they got the credits, or at least the backing of a corp with the credits) will upload into a new clone so as to take advantage of a different genotype, depending on what’s needed!

And finally, and perhaps with an appropriate note of finality, we note that cloning only ever saves us from non-natural deaths. Thus far, nobody ain't found a way to extend the course of their natural lifespan. All your genetic code and DNA are uploaded via the Amygchip entirely as is, including the age of all your cells! We can change the outside to no end! But there's no messing with the inside..mostly.

That’s our segment on cloning done, hope you folks enjoyed our delve into the culture of cloning round our corner of the ‘verse. Y’all stay safe and feel free to write in with any other cloning related quirks you might discover on your travels!

Greetings most loyal and beloved listeners! Welcome to the first of many segments of what is sure to be a prestigious and oft listened to review program. I, Frasier the Crane, shall be your guide in all things arms and armors, with a different tool of the terrible trade tested each tenspan. Today, I hope you shall join me on a journey of thrills to the accompaniment of the oh so pleasant sounds of blasting ordinance. For today, we review the Dissident Disincliner!

This sleek and fabulous combat shotgun comes to us from... well it comes from a less than reputable source, but before that it came from the fine and rightly lauded weaponsmiths of The House of Spartacus!

The weapon itself exudes fine craftsmanship. As I heft it, I can feel its considerable weight distributed evenly and in an almost pleasant, even comforting, fashion along my arms. And while it is not the most accurate shooter out there, the wide spread of projectiles coupled with a delightful shatter effect when they strike a target, hits home with a hearty ‘oomph’ of satisfaction!

Yes indeed, this is very much the shotgun for a boomstick aficionado! Now, the fact that it tends to be distributed, at least in legitimate circles, among both Consortium and Gaule Protectorate ‘peace keeping’ personnel, may mean the occasional raised eyebrow should you brandish this fine firearm out in the open. But then, when one carries a veritable cannon such as this, one may simply blast any offending eyebrows right off the offending visage!

I myself am no stranger to the ways of the scoundrel and jackanape of course. Once I broadcast to an audience of Consortium drones and lackeys! But no longer am I fettered by pomp and protocol, having been exiled to a much happier existence among the fine folk of Freebooter ilk due a tiny misunderstanding concerning the station owners' significant other and some comments, and perhaps the occasional memo comparing him to a tiny planetoid.

Nevertheless, let me digress no further lest we forget the reason we are here! The Dissident Disincliner, with its considerable heft and firepower, gets a definite Frasier the Crane authentic seal of approval! Pick one up at your nearest black market and make your blackened, charred, and smoking mark upon the galaxy!

If you're not entirely satisfied with this, prince of power, this wonder of weapons, then I would shave my head! A gesture which becomes less significant with every passing cycle...