As humanity spread throughout space, it encountered environments which were increasingly more hostile towards our form and function. On occasion, we may have been able to adjust these environments to suit our frail needs, but as technology continued to advance, we soon discovered that it was far easier to simply adjust humanity to suit the environment. Thus, via genetic modification, new “genotypes” of humans began to rise and spread throughout the systems.

Humanity found that we required a boost in evolution in order to survive. We decided that we could not wait around for evolution, and thus took our mutations into our own, hopefully not incapable, hands. This diversity is now one of modern humanity's defining traits. It's reflected in many aspects of life, in everything from the wonders of genotype specific foods to the regrettable, but thankfully rare, episodes of genotype prejudice which arise from time to time. 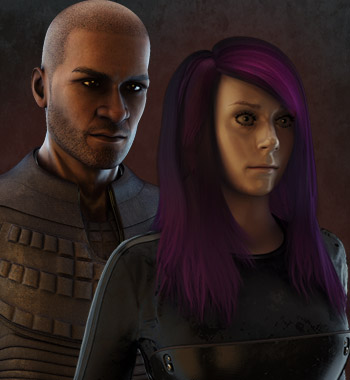 These are standard humans. While they may well modify their existing form to advance their abilities, as far as DNA goes, they remain the original deal. Genetic modification and cloning being as expensive as they are, the vast majority of humanity, or what is left of it, tends to be Baseline. In certain circles, Baseliners do occasionally get mocked by those with more extensive genemods.

Baseline individuals are those that have not undergone genetic modifications or clone upgrades. They possess neither strengths or weaknesses in any tasks related to specific attributes. 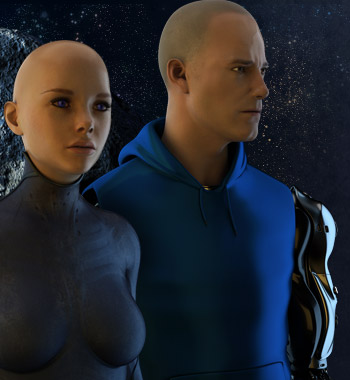 Originally bred to exist in the low-G environments of off-world mining, Belters have been augmented to be extremely agile and have great stamina (the latter to offset the lack of natural stimulation of muscles by gravity). Belters tend to be weirdly tall and thin and often come across as gangly in normal G environments where, more often than not, they resort to bionics to compensate for their awkwardly lanky frames. 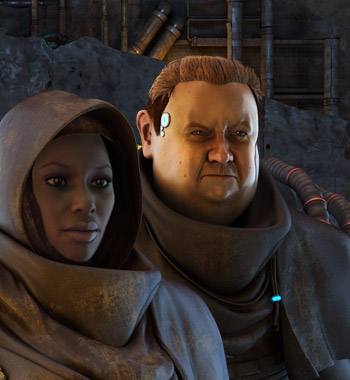 Originally, some of the first planets colonized were high-G rocky worlds and the settlers on those worlds were modified to handle these extreme environments. They tend to be short, stocky, and not overly outgoing. As most of them were planet-based, the vast majority of colonists were wiped out during the Catastrophe. For this reason, their culture tends to obsess on the mysteries behind it, driven by a need for some sort of justice. They are sometimes derisively referred to as "landlubbers".

The Harsenes have been engineered to be extremely intelligent and need less sleep than normal, having great stamina to pursue their scientific curiosity. Culturally they greatly value knowledge and science and tend to be obsessed with finding the cause for anything unknown, especially the Catastrophe. This also brings them quite close to Colonist cultures. Harsenes are identified by large pupils that tend to cover their entire eye with strange amber hues.

Harsenes possess a higher mental acuity than other genotypes. CORETECHS metrics note an average of 5% rate of success in activities that require intelligence as well as a 2% increase in social activities. They are, however, somewhat clumsy, evident in a general 5% decrease in the rate of success of agility-related activities. 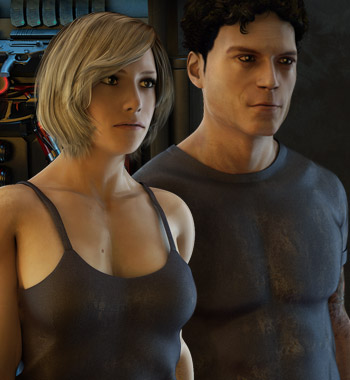 "Mall" is said to be derived from the word "mallet". As a genotype, Malls tend to be feared and mistrusted by most. They stand around two meters tall and are crafted for strength and stamina. They also tend not to be the sharpest tools in the shed. Oddly, while they can be fiercely loyal to individuals who earn their trust, they have little use for politics or the like. Virtually all Malls have extensive combat training, but little military training. They mistrust those who are quick to resort to violence, a common source of confusion for others. 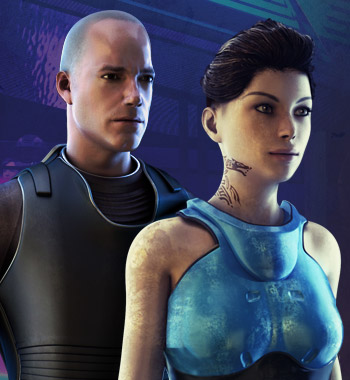 Though the genotype name tends to offend, the Patricians nonetheless get on well with almost everyone. Indeed, they were bred to. They usually have large eyes with almost sylvan, youthful looking features, and have a preternatural ability to put people at ease in a one-on-one situation. However, as a group, they tend to be mistrusted. Irrespective of this generalized discrimination, most people are quick to claim they count at least one "patsy" as a friend.