In the immediate aftermath of the Catastrophe, humanity's fledgling survival efforts entailed only a basic barter-based economy.

However, in the intervening cycles, trade of natural resources, services, scavenged - and even newly-manufactured - goods has steadily increased. Most of this activity is now underpinned by the galaxy's two widely-used currencies: credits and bonds. 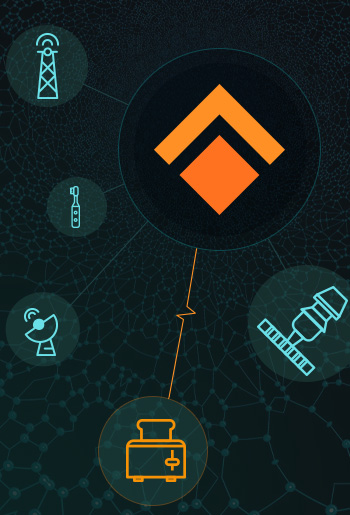 A history of Bonds

Bonds are a premium currency, now serving a vital role in today’s burgeoning galactic economy. But their technological origins remain a source of both wonder and puzzlement.

Discovered in the desperate aftermath of the Catastrophe, few initially paid heed to the unusual digital tokens (‘bonds’), which had appeared on many Mesh-linked systems. But over time, as tech was reactivated to aid recovery, the mystery of bonds became central. None recalled these strange tokens from the Before. All evidence pointed to them being created during the Catastrophe itself. This sinister correlation troubled many, who feared they represented the digital footsteps of humanity’s ruthless attackers.

And yet, despite this correlation with cataclysm, little else about bonds suggested danger. These digital tokens appeared mainly on non-essential systems, unrelated to survival. Some found their electric toothbrush had a bond or two assigned to it. A cocktail shaker in the local Bar had maybe three. But major lifeline systems which had failed with devastating consequences had none.

Curious observers noted something else too. The more powerful the object, the more bonds it had been ‘given’ during the Catastrophe. Gradually, fear of these digital curiosities gave way to bafflement, and after cycles of inspection and debate, a plausible theory emerged: bonds were a type of reward, created by the Mesh as part of its own Catastrophe survival effort. In the midst of calamity, the Mesh minimized outages and failures by borrowing the resources of connected devices with spare processing power. In return, it offered bonds as a form of ‘payment’, proportional to the help given.

Normally the micro-processor in an electric toothbrush monitors the user’s oral hygiene and health. But during the Catastrophe it assumed a grander role, acting as a temporary processor for the Mesh. A docked ship’s idle batteries perhaps lent power. Likewise for coffee machines, room cleaner bots, and every other idle gadget in existence. The bonds offered as reward then sat on these devices’ drives until someone with admin access came along to collect. This theory explains why bonds are digitally signed by the Mesh itself, and why all bonds originate from the Catastrophe. Bonds are, in essence, evidence of the Mesh’s in-built ‘immune system’ working.

Consortium and Gaule experts agree that the Catastrophe was likely the first activation of this capability. The Mesh behaves so only when the threat is sufficiently severe. Charlatans who try to damage an individual Mesh node, hoping to trick its bond-giving defenses into activating, will find this out the hard way.

If this theory is correct, then a curious question arises: what are bonds actually for? What can they do? Why would an electronic system work to ‘earn’ them? Educated guesswork here spirals into spurious conjecture. One idea is that these digital tokens are a form of ‘IOU’. Issued by the Mesh in a crisis, they can perhaps be honored somehow at a future date. And yet, how exactly this ‘debt’ can be redeemed, and what for, remains a mystery.

The only certainty is that bond systems worked during the Catastrophe. They’d probably do so again in the event of a repeat. And that’s why these odd digital tokens have become the galaxy’s premium currency. Wary survivors see bonds as ‘disaster-proof’, offering some security against the unknown.

Impossible to forge, hack or corrupt, bonds are secure and easy to transfer between users. They’re already handy for buying premium services on any station, but some speculate that their utility could increase further once the tech is better understood.

For now, despite occasional hype bubbles wobbling exchange rates, bonds provide humanity with a reliable premium currency. Decentralized and backed by the Mesh, Citizens will find they’re accepted in all corners of the galaxy. Beyond that, all else is conjecture. Whether they’re just a quirky by-product of the Catastrophe, or possess some additional functionality remains to be seen. 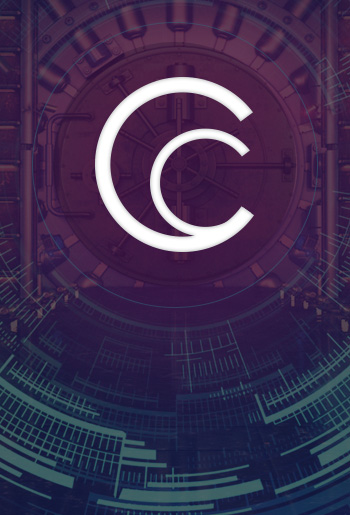 A history of Credits

After the Catastrophe, most infrastructure was in a state of either partial or total collapse. Many networked systems had crashed and much that existed within the digital realm was damaged or erased. The resulting data loss was both shocking and unfathomable in both its scale and consequence. Isolated systems were, for the most part, the only element to survive and, due to the nature of its digital existence, the credit was one such system. Capitalism, always humanity’s most tenacious trait, had managed to survive the apocalypse.

Many cycles down the line, when both scavengers and salvage teams began sifting through the detritus of civilization, the discovery of these isolated virtual units of digitally-signed numbers stood out. Usefully, they could be scanned and transferred via the CORETECHS. Virtually unhackable, these digital components appeared to utilize a variation of the same technology that encrypts amygchips, known as an “Obi homomorphic lattice”.

These units, known as ‘credits’ were essentially a finite system that could be collected, transferred, and utilized as legal tender but never hacked or duplicated. Indeed, this was surmised as their likely use Before as well. The quantum mathematical nature of encryption that houses credits in software merges with the CORETECHS, also encrypted with the lattice. This resulted in an interesting security feature. Once downloaded, credits can only be relinquished by host request or if the entire housing system is rendered dormant. The latter is a polite way of saying there remains a major security hole: the CORETECHS of unconscious or dead victims have been known to leak credits.

Humanity’s remnants took to credits like natural-born capitalists. What followed were a tenspan or so of cycles known as the ‘Credit Crunch’ with credit prospectors scouring stations and derelict ships for every credit they could download. Not long after, an independent organization was formed as a means to transfer and keep credits safe; The Pangala People’s Banking Network. These pioneers in mesh and network hacking became the guardians charged with keeping the system secure, thereby enabling trade and commerce to flourish in confidence.

Pangala People’s Bank remains an independent intermediary whose sole purpose (in theory) is the security of the credit network and privacy of customers transactions. Seeing the need—as well as advantage—in neutrality, Pangala set up two headquarter hubs in both Gaule Protectorate and Consortium stations thus maintaining support from both factions. When it comes to credits and a galactic economy in general, an autonomous and unbiased system was, everyone begrudgingly agreed, in everyone’s best interest.