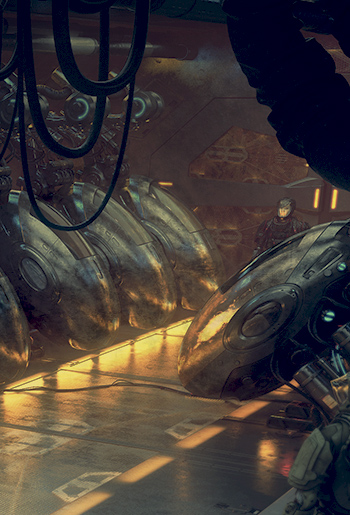 Among the various technologies that have been reclaimed since the Catastrophe, Cloning is perhaps the most influential to our survival and current evolution of our society as well as the least understood. Utilizing the various cloning centers that have been reclaimed throughout a number of stations, an individual is able to purchase a clone and, at the moment of their death, download into this new body via the technology of the amygchip.

Cloning has become somewhat central to humanity’s current culture, not only allowing for far dangerous work and preoccupation to be accomplished towards the survival of the species, but also giving birth to a number of interesting cultural phenomena. One form of art that some describe as a journey into both spirituality as well as the macabre is that of The Passing Spectacle, where artists explore and share various types of death before downloading into a clone to discuss the experience with their audience. 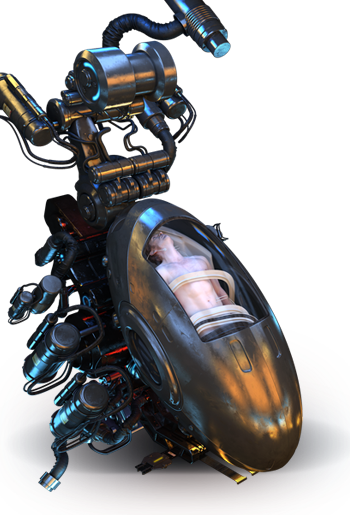 These are by far the most common clones. They are quick and easy to create and only very rarely result in undesirable side-effects. Due to our relatively poor understanding of cloning processes, these are identical copies of the body. No alteration of the body is possible via printing, though transcription errors have been known to occur.

These clones are printed in about two segments, in a supercooled environment and are "frozen." The gestation process comprises primarily of safely warming the bodies and then keeping them suspended in a cloning vat until their progenitor passes. 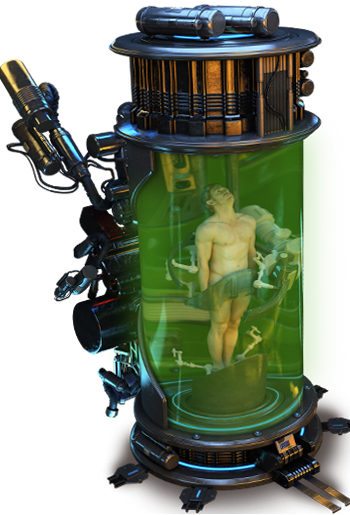 Vat grown clones are more expensive and the procedure is considered to be a more stable one than that used for 3D printed clones, Unlike a 3D printed clone, one can swap out genes for certain pre-programmed patterns. This allows for the altering of one’s genotype, if so desired. 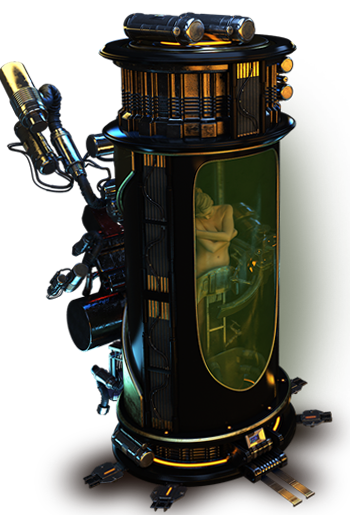 These are "premium" clones that require bonds to acquire. They are even more stable than vat grown clones in that there is zero chance of mutation. Additionally, subsequent visits to any cloning center allow physical information to be transmitted to all updatable clones one owns, allowing them to have their physical statistics be updated allowing for a more complete transferral process at the time of demise.