Our latest game update contains three new chronicles, introduces several intriguing characters, and presents to you, Citizen, new functionalities for the Emergency Shuttle, as well as the ability to equip Tier 6 stims into your combat belt. A batch of pages has been ported to react and you should have a look at the special changes for the Gym!

Heinlein Stronghold, YZ Ceti Jump Gate, and Madame de Pompadour all have new missions – and the station’s couldn’t be prouder of them!

Sometimes the best-laid plans with the best-incentivized intentions can go awry. When Scientist Schismatics are involved this potential phenomenon is elevated to a certainty. Add a dollop of self-replicating mechanical vermin and the lure of credits and this evolves into barely contained pandemonium. 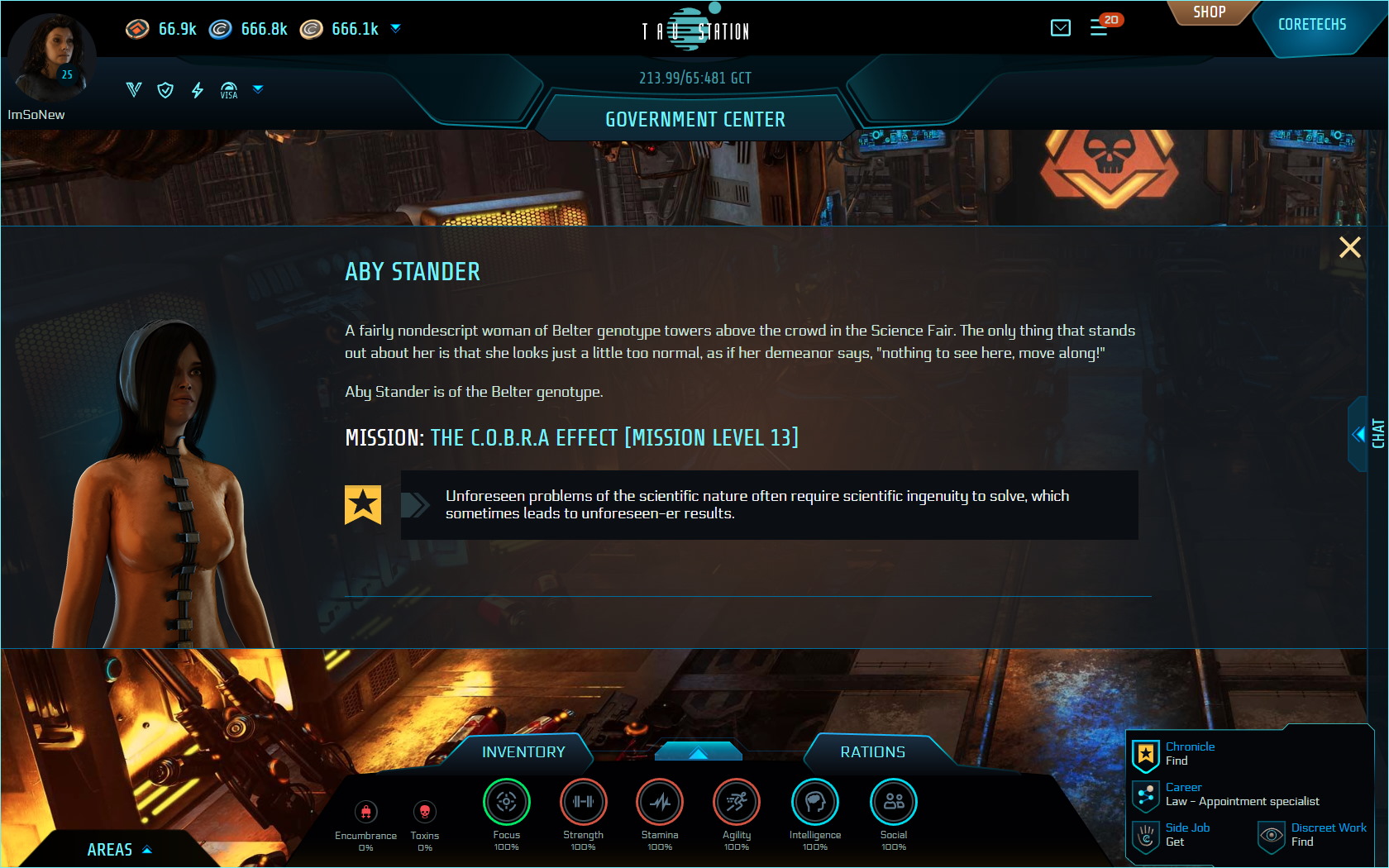 The Consortium has a tight control of the Iron Quad. Extreme security abounds: everything from the Mesh, to cargo and all personnel are strictly monitored. But when sensitive data, from this very quadrant, is intercepted on another system, a dangerous leak is exposed.

Everything is a weapon if you hold it right. When artifacts from a gallery go missing only to reappear sporadically, there’s a mystery that needs solving. Is an illicit arms deal in the making? Or is something more Gaule, more artful, in the making? 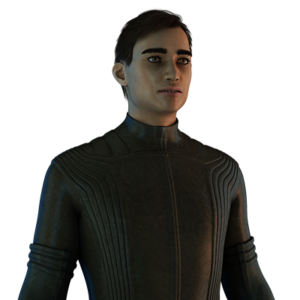 Meet the Belter Phillipe Gaston to find out more!

With stories come people -wait… Maybe it’s with people, come stories. Either way, there are several new NPCs in the Tau world. You’ll meet some of them in the new missions. Now, I’d say we should give them all a warm welcome, but you never know who can and can’t be trusted. So, in the spirit of giving everyone a chance, let me introduce:  Brother Rufus, Chantel McCoy, Cliffton Matthewson, Esther Flemming, Evan Myles, Flora Robinson,  Joel Quincey, Mike McReynolds, Stephanie Garnier, Wolfgang Harti. You decide if you want to shake hands with them, and strike up a conversation.

Stat training, for your Intelligence, in particular, is now available while onboard an Emergency Shuttle -hurray!  Activate those learning enhancers! 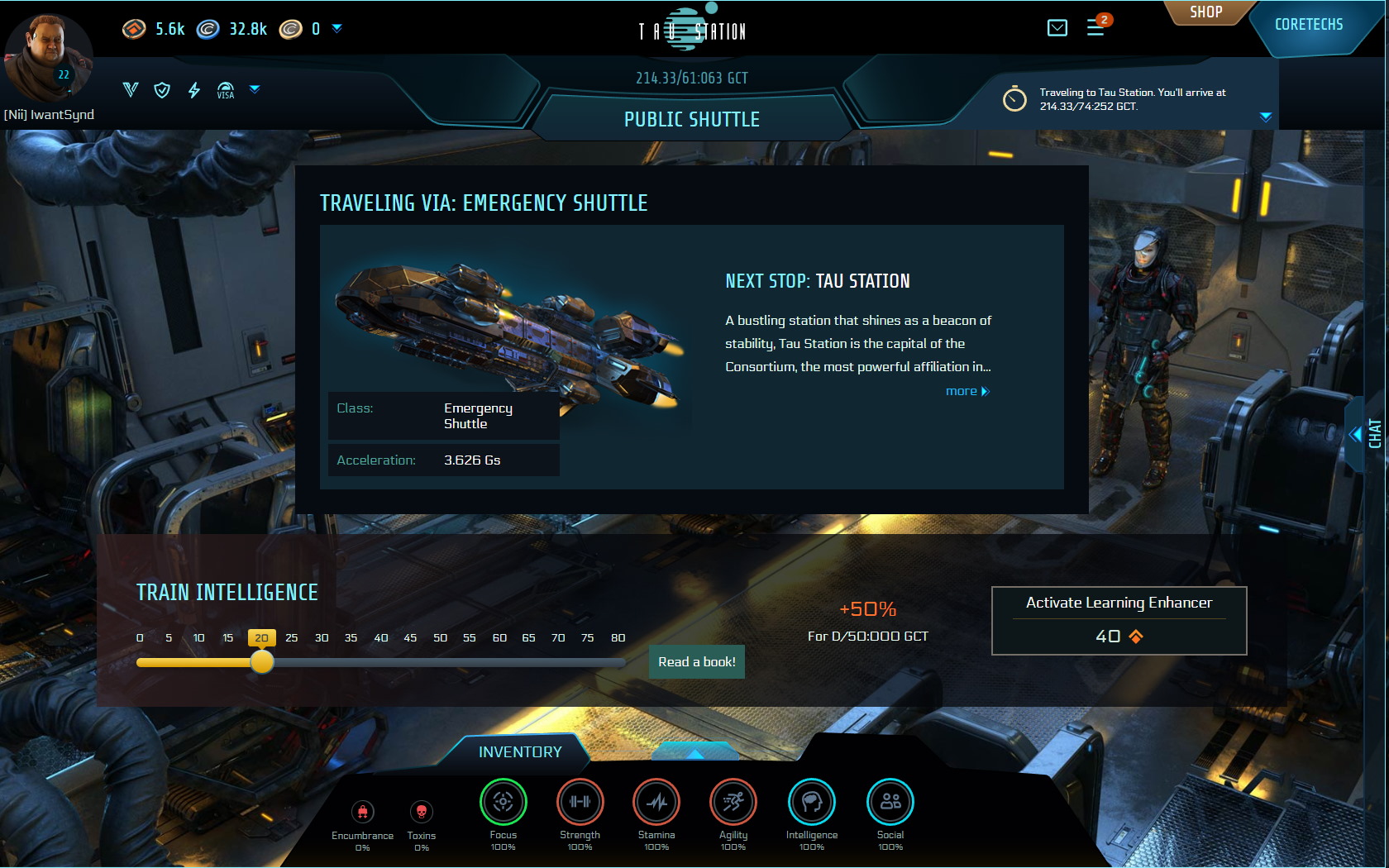 Tier 6 stims can now be equipped to the combat belt and consumed when fighting.  Nothing like a yummy, stat-boosting snack, mid-combat. Preconditions still apply: Completion of the required combat courses at the University and that your character’s progress is high enough to consume tier 6 items. 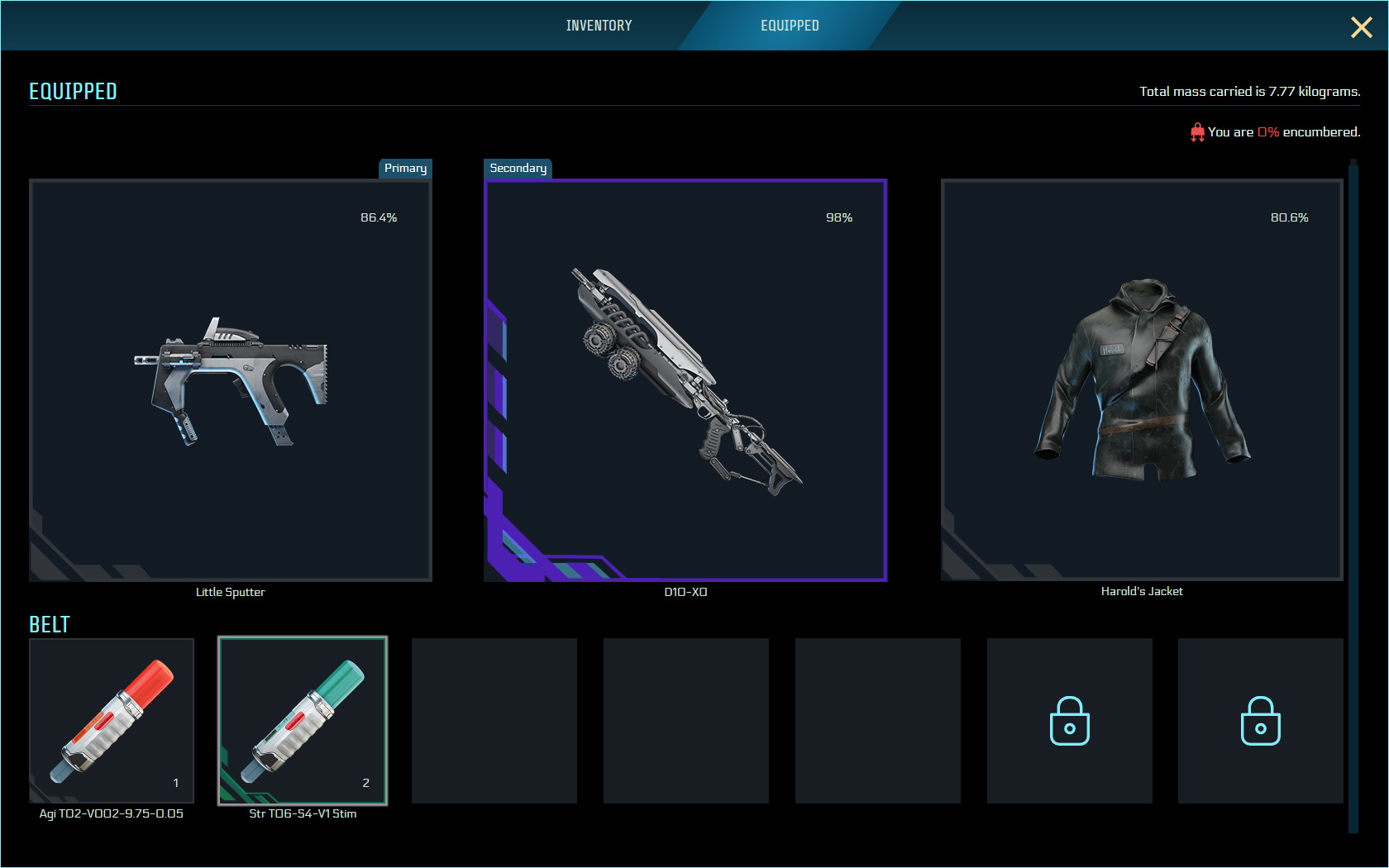 In this game update, we ported several pages to react, bringing us one step closer to the one-page application and ultimately the addition of music for the game. As usual, updating pages comes with several UI updates at the same time, such as new background images, buttons, and some additional and guiding messaging on top.

A major update has been applied to the Gym where you can train your physical stats. The area has been ported to react, new aesthetics have been added when you work out, and warnings for potential injuries if you train too hard have been applied. 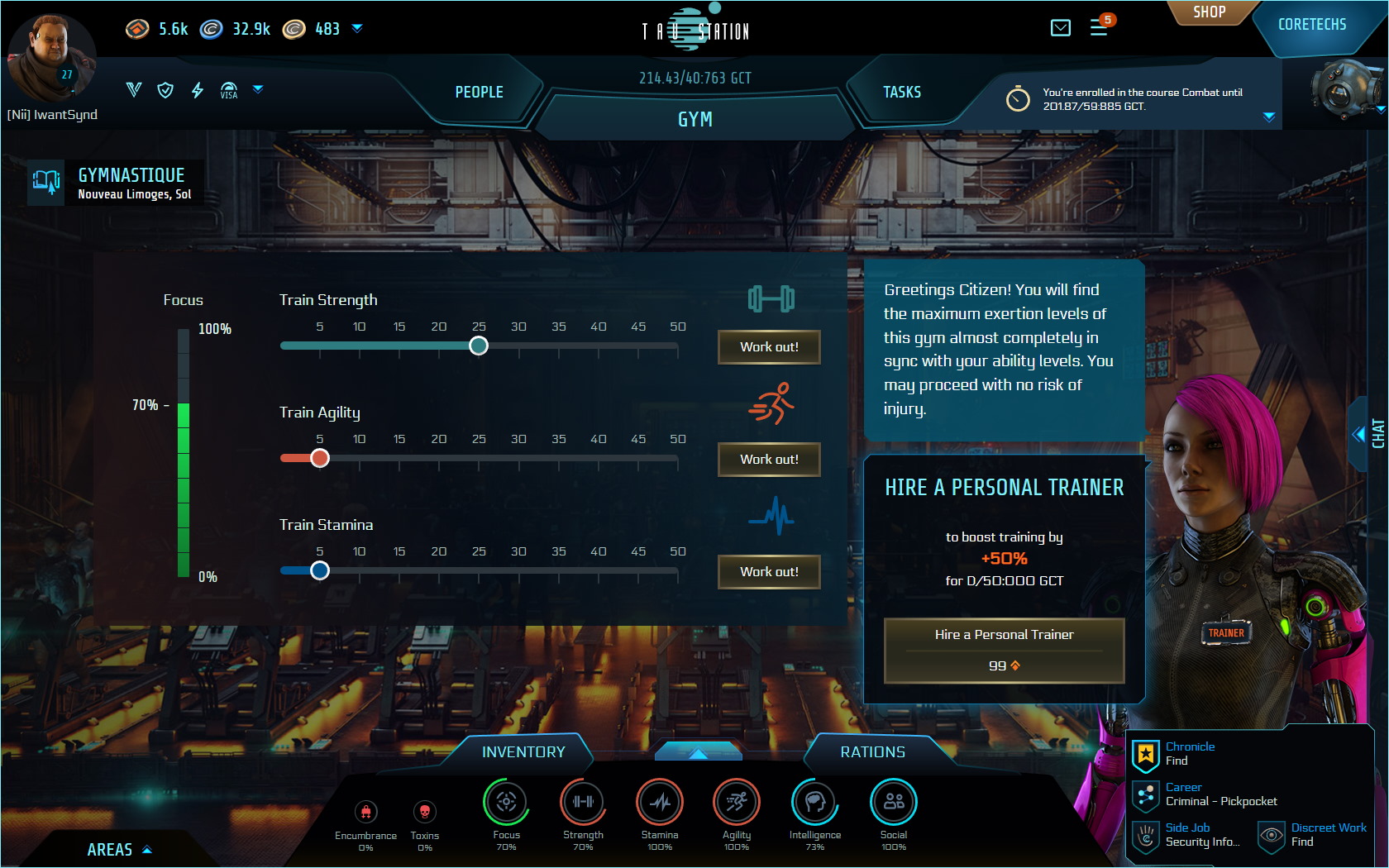 From now on, the training options at the Gym are only shown if you can train. Thus, if you do not have enough stats or focus, or if you’re encumbered, you’ll be notified by the trainer.

The interactions within the Gov’t Center, the subareas VIP Lounge, and Info Hub won’t refresh the page anymore. In these areas, the buttons have been updated to the latest design as well. 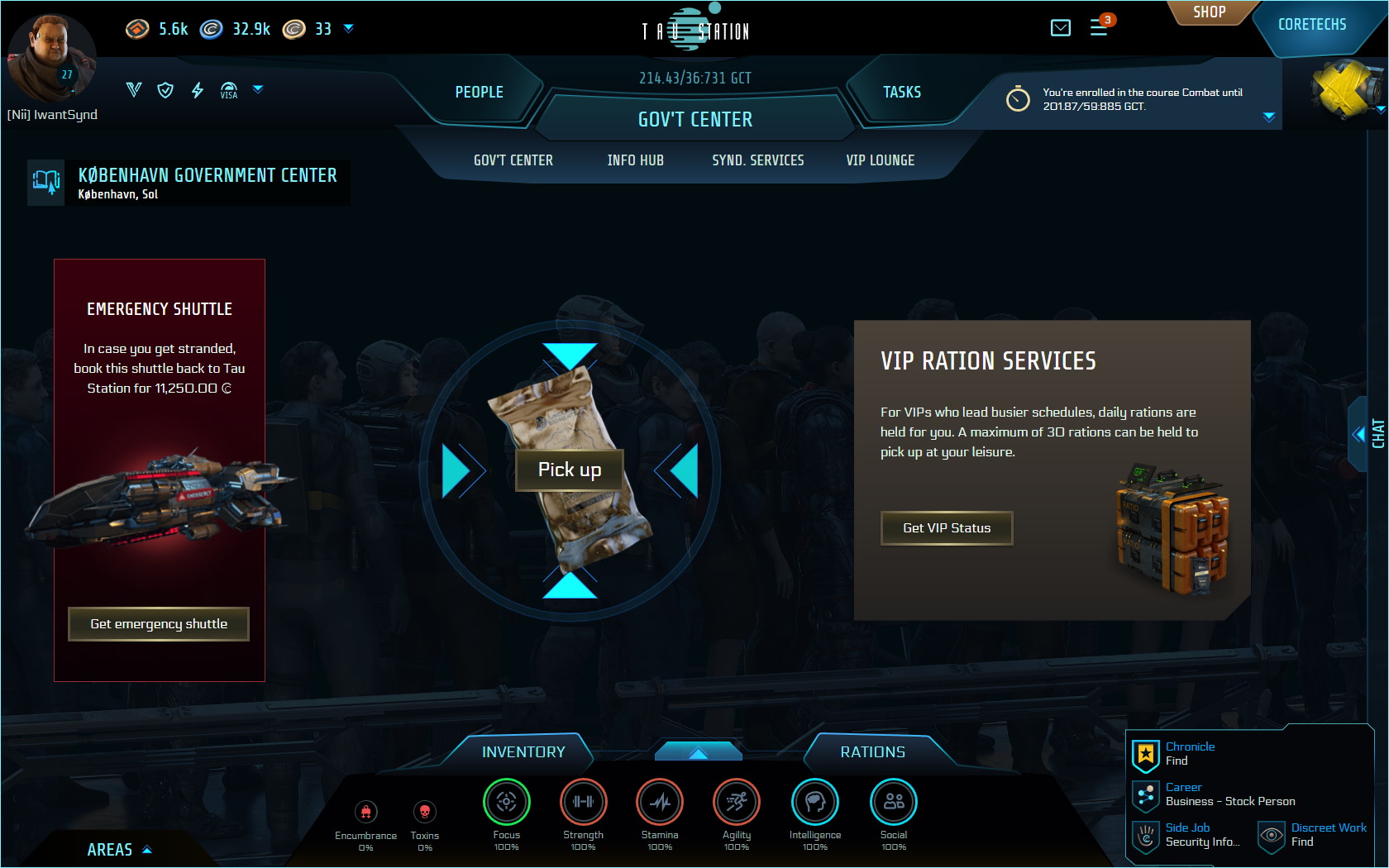 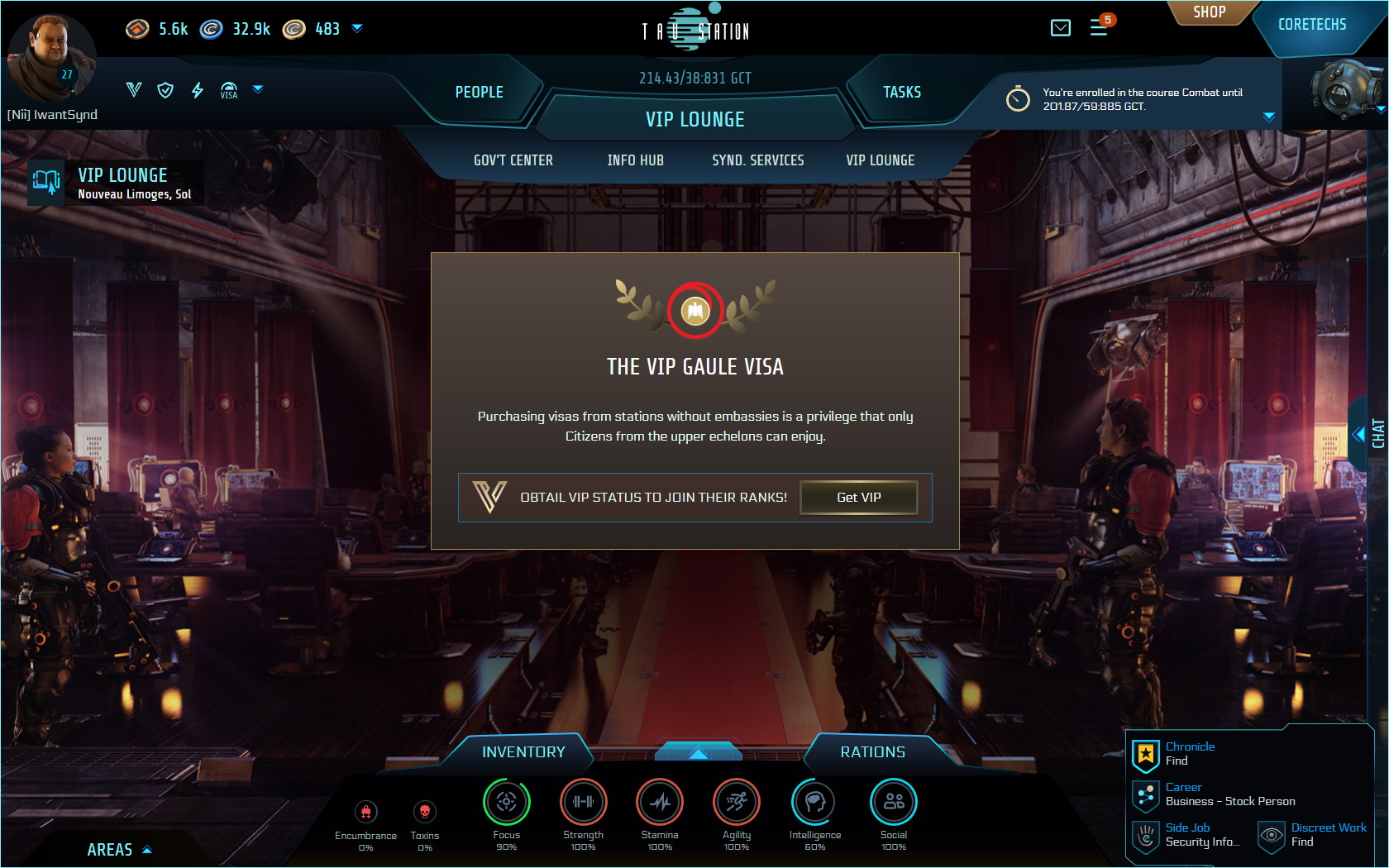 All of the Gov’t Center pages now have a different background and NPC images, depending on the local affiliation of the station. For example, the Consortium is represented by its blue banners with the same color for the clothing of the NPC that is guiding you. 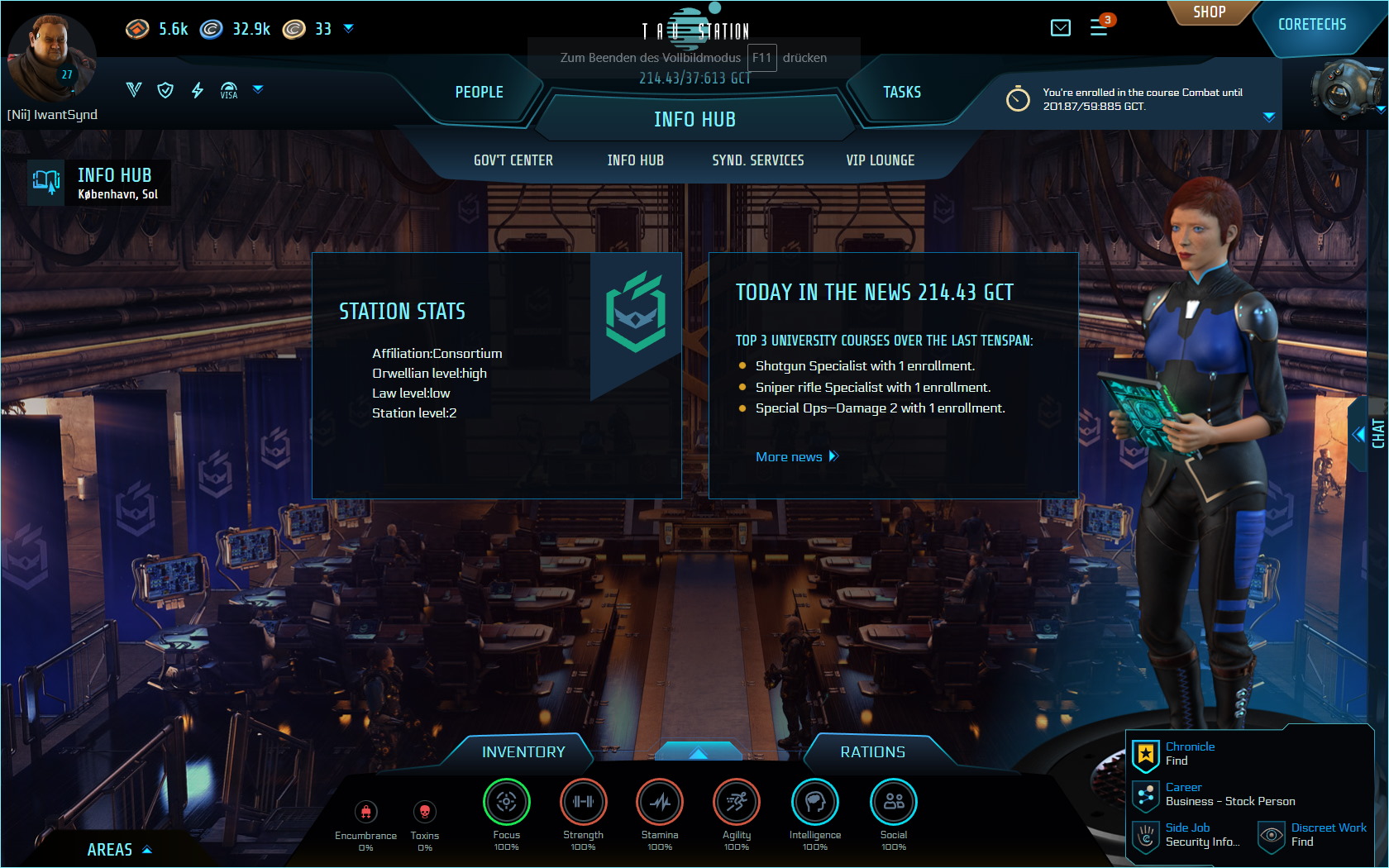 The organization and spirit of Freebooter stations differ, of course as you can see below. 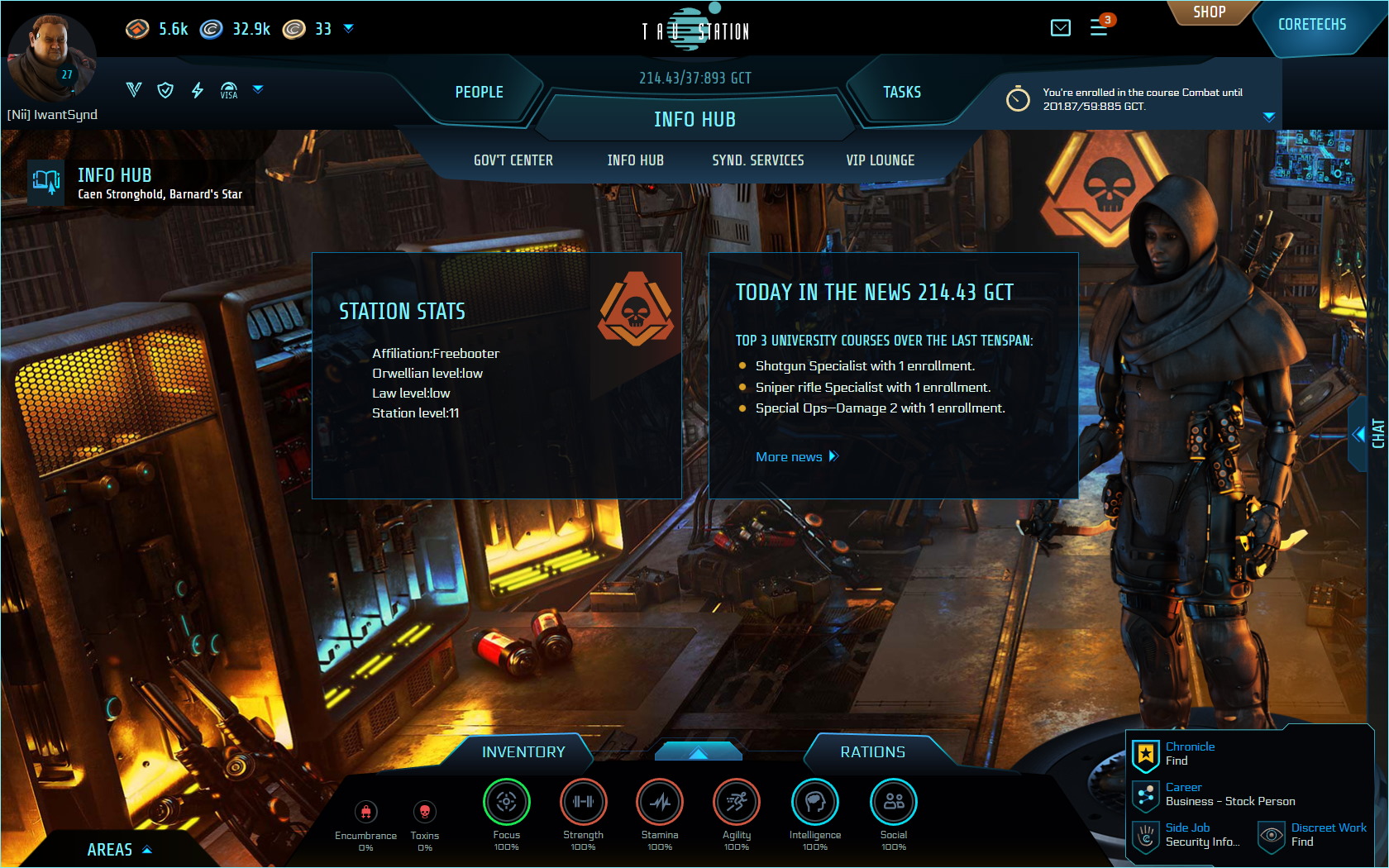 The Gaule Embassy page has been ported to react; interactions won’t refresh the page anymore. We can now all rest easy. Goodbye troubled dreams.

Last, but not least, the Employment Center and the Career Advisory pages have been ported with updated UI elements as well. 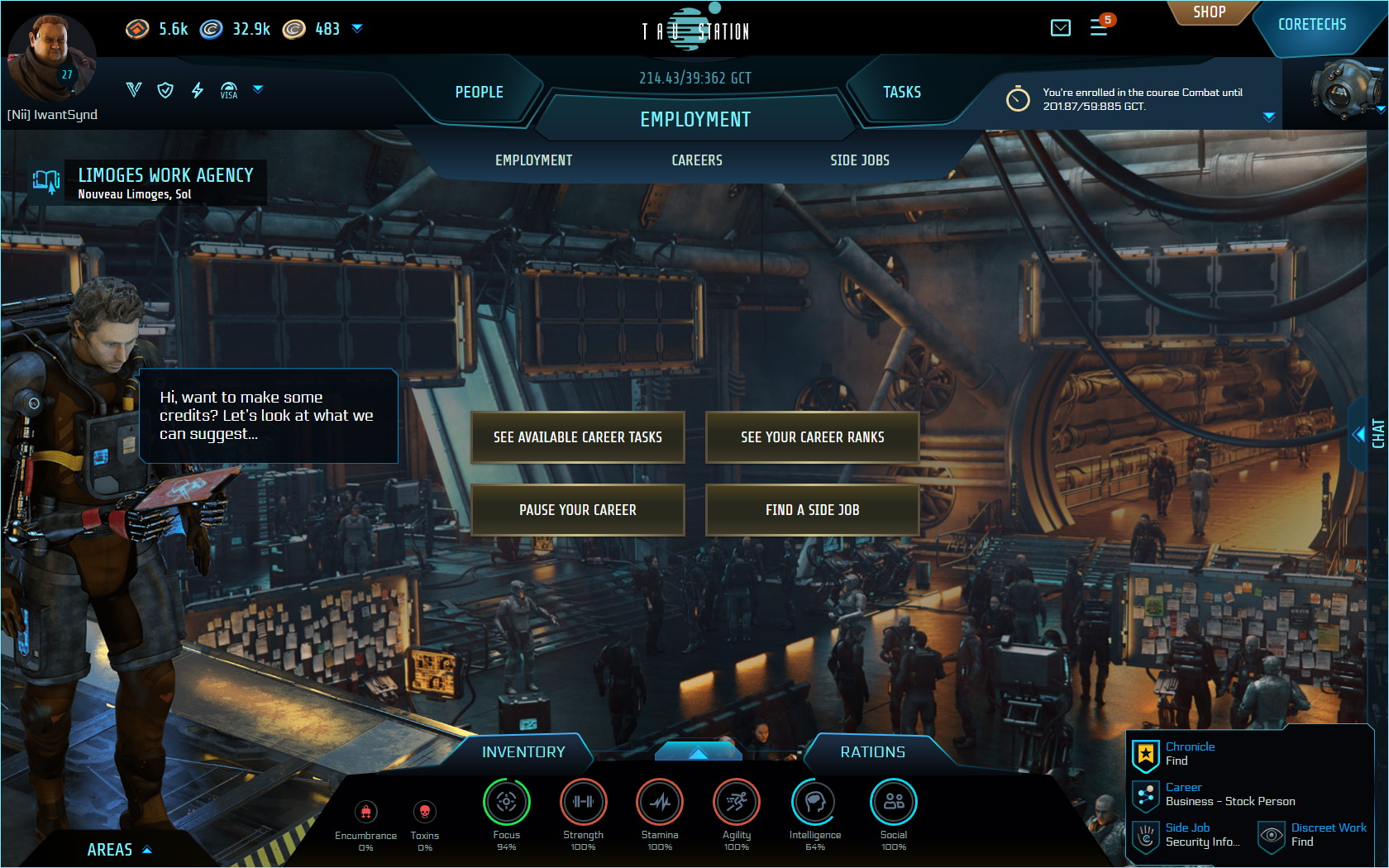 Enabling or disabling security cameras in any area is now handled via API endpoints and therefore the respective page reflects the new camera status without requiring a page reload. The Brig page is loaded in case you get caught trying to disable a camera -heads up.

The scaling function of your web browser now applies properly to pop-up dialogues (aka modals).  The close button will remain visible. For example, this applies to the Info Hub’s Station News modal and the Cockpit’s Destination News while traveling with your private ship.

Feedback messages for Public Market local actions and when bribing for additional rations have both been extended.

When the area navigation is open, any game action will now close it.

What more could an intrepid, space-explorer ask for? Happy adventuring Citizen.