Our recent game update includes two new missions, the addition of more characters into the game universe, and both the Security and Cloning Vats pages have been ported to react. Read on for all details.

Good news Citizens, today’s game update brings you 2 new missions for your enjoyment! For those at level 13 (or above), look for Professor Quantum Spanner on Heinlein Stronghold to plunge into a story about a missing scientist, a rumored defection and plenty of intrigue. While adventurous Citizens who have reached level 17 can explore the grand spectacle of the OmRe Tourney by finding Karl Guigino on The House of Syria station.

The narrative team have included new descriptions for all the quirky stations of the Sirius system: Heinlein Stronghold, Sirius Jump Gate, and The House of Congo.

The Cloning Facility and Security pages have also been ported to react, bringing us one step closer to the one page application and ultimately the addition of music for the game.

The process for acquiring clones has been changed: Clones are no longer purchased with wallet credits, but only with bank account credits/bonds which makes this essential aspect of survival much safer for you. 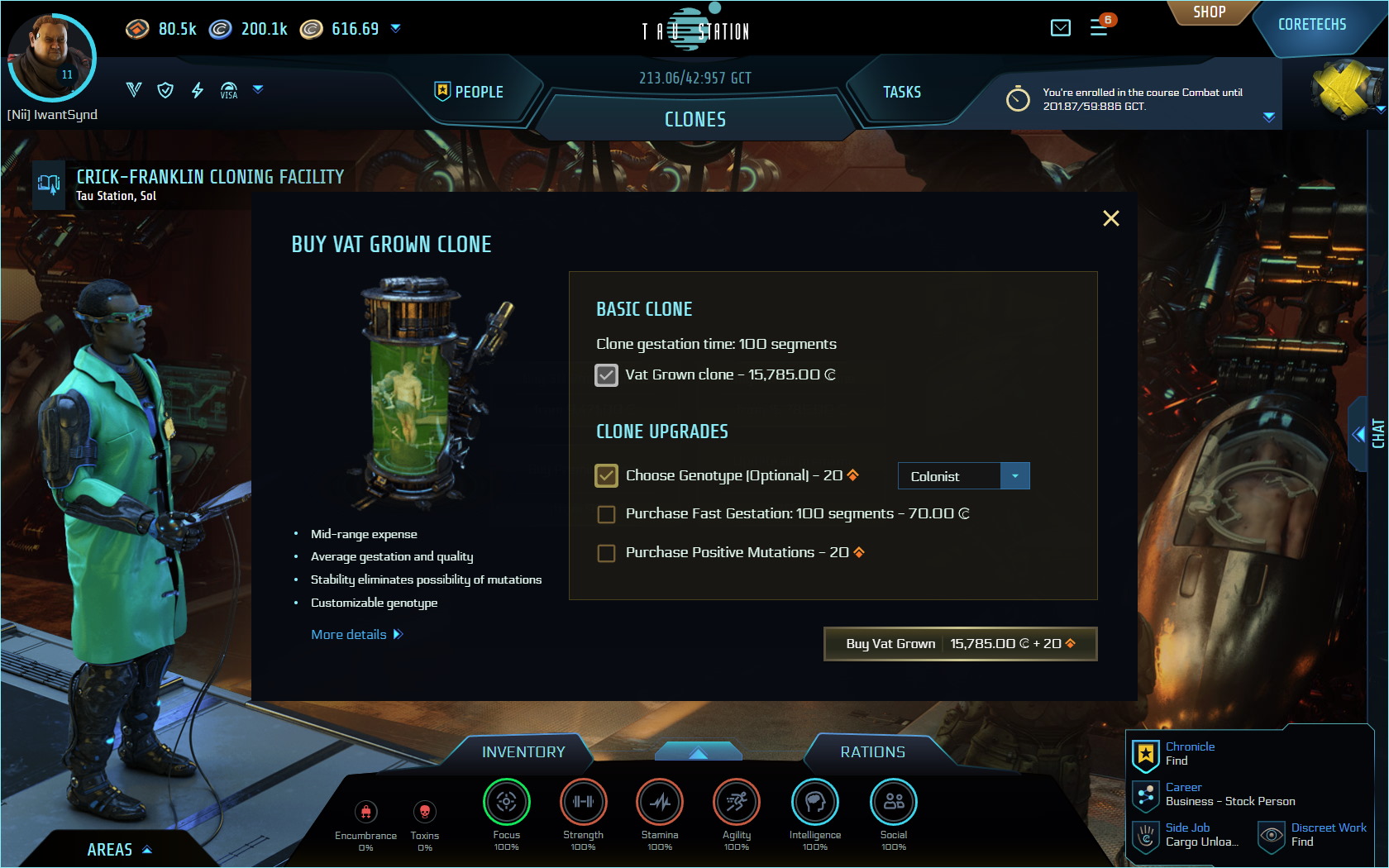 Hiring Bodyguards at the Security: 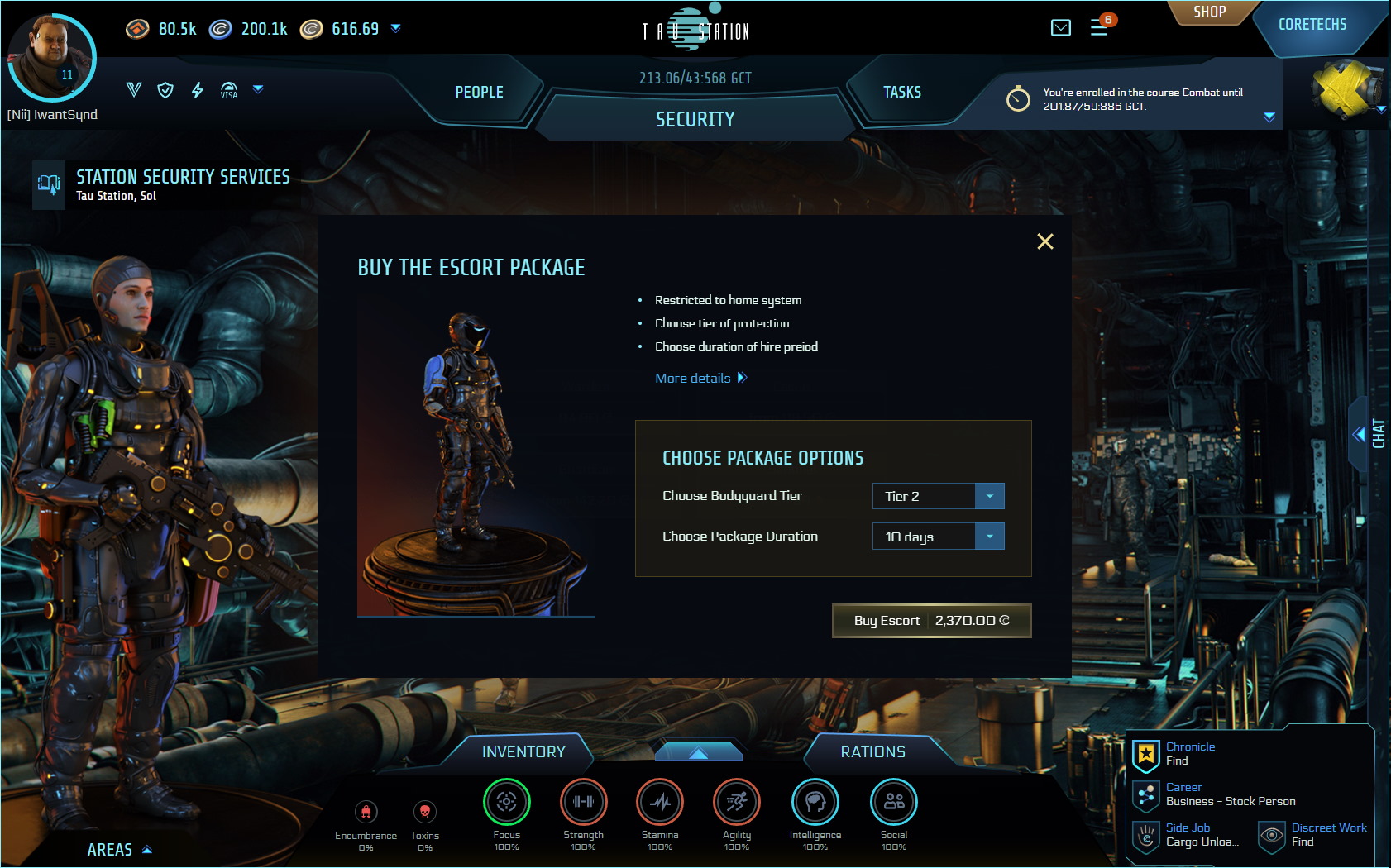