Some hefty development has been going on to the engines of the station. Our crew had been working hard behind the scenes to bring a host of visual and quality of life upgrades for the game to life for the next update. That update has now gone live!

The main goal since the last update was to improve the look and feel of the game by reviewing and improving the interface and layouts to reflect both the beauty of the features as well as improve our UX. This extensive task applies to the main UI frame and all the detail and areas pages as well. Please note that not all pages have been updated yet!

The UI layout of the desktop version has been update massively updated: Basic navigation and information aspects such as character details, credits, buffs, and your stats have been re-designed and re-arranged. Soft curves have become characteristic for the new UI. The compact top and bottom sections now frame the game screen which offers way more space for an immersive user experience than before. 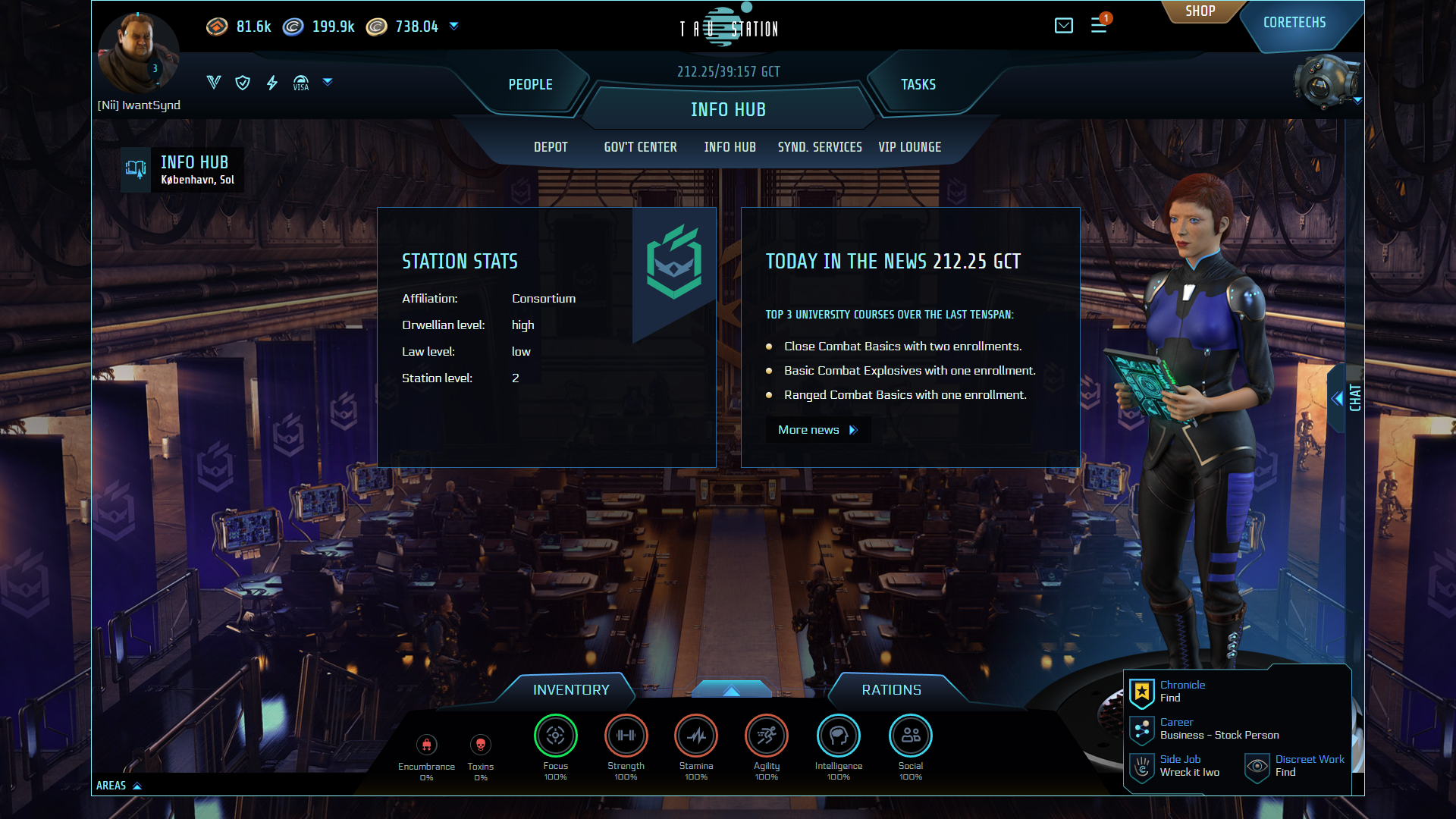 On the left side, you’ll now find your avatar with integrated level and XP progress information. Your avatar gives access to the update character page. Next to it, you’ll find credit and bond information. A click will open a pop-up with updated financial logs. The second row of icons leads to a pop-up about your VIP status, active Bodyguards, buffs, and Visas. 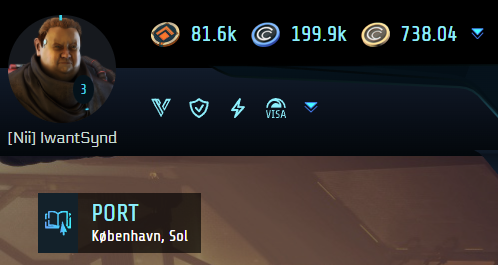 The UI section in the center contains the clock, the current location with sub-areas if there are any, people, and task tabs.

On the right side, you’ll now find the in-game mail system and one icon that leads you to a page with tabs for notifications, friends & foes list, settings, help, bug report, and account options. Furthermore, you can access the shop, your CORETECHS, and security camera options. 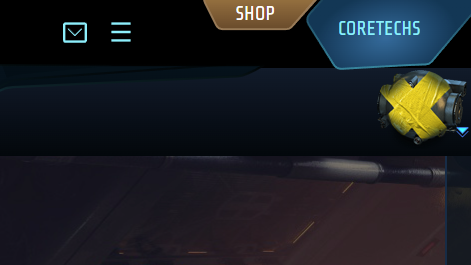 The optional game chat can be activated in the middle of the right side. It does benefit from the increased height that is a result of the more compact UI frame. The channel tabs have been placed at the top which serves to better accentuate where you’re chatting.

The list of areas can now be accessed on the bottom left. The purified game UI benefits from the collapsed list. Another improvement is that it now really just shows the areas while all the CORETECHS options are part of the relocated CORETECHS button on the upper right side of the new UI.

Information about your stats, encumbrance, and intoxication are now presented in a new UI element at the bottom. It also grants quick access to your inventory and rations to quickly replenish your stats if needed. You can even open a new detail screen about your stats including all replenish timers. 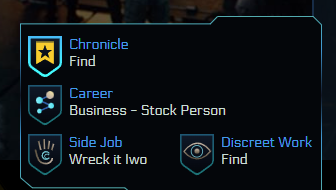 Along with the new soft and compact UI frame, many areas and pages have been restyled. New layouts have been applied, including improved UI elements such as new sliders, new feedback messages, confirmation dialogues, compact area descriptions and area help dialogues, and more.

A host of tweaks and polishes to existing chronicles as well as UX text updates. Watch this space for three new missions and a new system arriving soon!

We already mentioned it in a recent blog about the upcoming UI changes and desktop version 1.0: The team will now work on an update for the mobile/tablet version.

With the release of this update to version 1.0 for desktop, mobile devices and tablets are now impacted and will not run optimally until we release the update for these devices. The transition phase is expected to last approximately 1 Cycle (around three months).

We hope you enjoy this vast game update and we’re looking forward to reading your feedback on our Discord, game forums, and chat!

StarGazer for the Tau Station team