Today’s update adds a brand new Chronicle to Heinlein Stronghold and helpful career information to your character page. The messaging in the Sick Bay has been improved and the course list in the University shows you where to find courses if they’re not available in the station you’re at. Please read on to see all details.

Based on your feedback, we improved the character page. The “Bank and Career” tab now shows “Criteria for Promotion” with the two requirements, experience and the minimum number of days you need to remain in a rank before you can be promoted further. 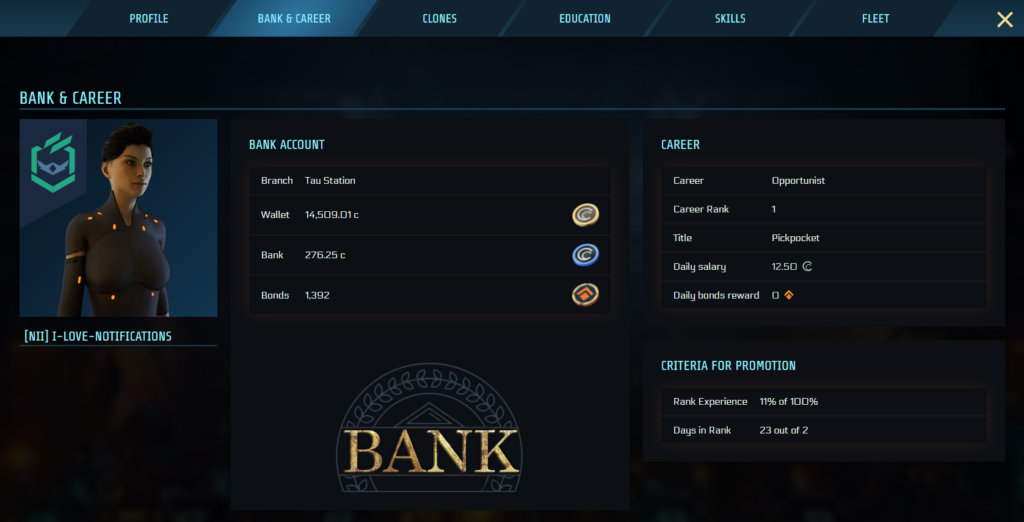 The sickbay was ported to React, which take us one step closer to the one page application and therefore the music. Messages have received a narrative treatment to offer a better user experience by consolidating various aspects into a single, informative and fun message. You’ll experience the changes… 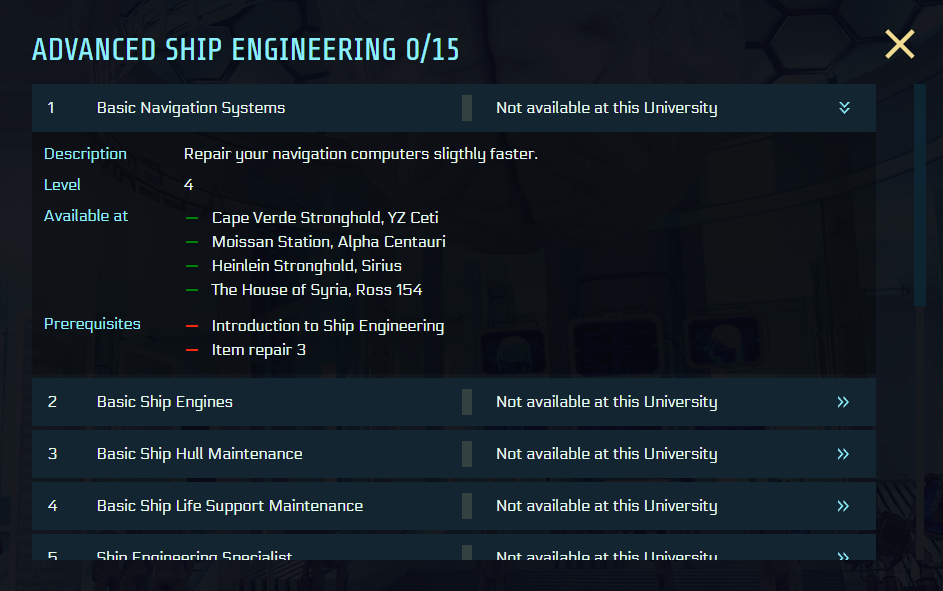 Last, but not least: We added new icons indicating Citizens that are your friends or listed as your foes. How do like ’em?