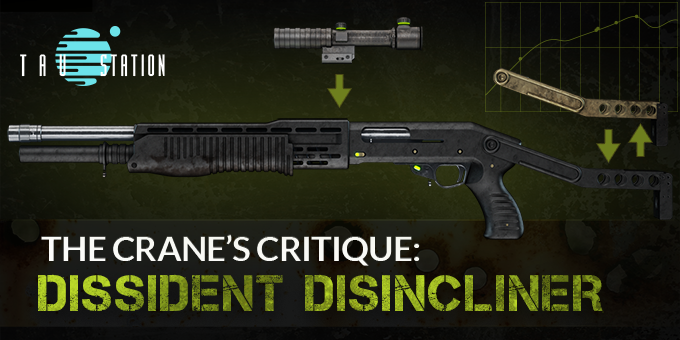 Greetings most loyal and beloved listeners! Welcome to the first of many segments of what is sure to be a prestigious and oft listened to review program. I, Frasier the Crane, shall be your guide in all things arms and armors, with a different tool of the terrible trade tested each tenspan. Today, I hope you shall join me on a journey of thrills to the accompaniment of the oh so pleasant sounds of blasting ordinance. For today, we review the Dissident Disincliner!

This sleek and fabulous combat shotgun comes to us from… well it comes from a less than reputable source, but before that it came from the fine and rightly lauded weaponsmiths of The House of Spartacus!

The weapon itself exudes fine craftsmanship. As I heft it, I can feel its considerable weight distributed evenly and in an almost pleasant, even comforting, fashion along my arms. And while it is not the most accurate shooter out there, the wide spread of projectiles coupled with a delightful shatter effect when they strike a target, hits home with a hearty ‘oomph’ of satisfaction!

Yes indeed, this is very much the shotgun for a boomstick aficionado! Now, the fact that it tends to be distributed, at least in legitimate circles, among both Consortium and Gaule Protectorate ‘peace keeping’ personnel, may mean the occasional raised eyebrow should you brandish this fine firearm out in the open. But then, when one carries a veritable cannon such as this, one may simply blast any offending eyebrows right off the offending visage!

I myself am no stranger to the ways of the scoundrel and jackanape of course. Once I broadcast to an audience of Consortium drones and lackeys! But no longer am I fettered by pomp and protocol, having been exiled to a much happier existence among the fine folk of Freebooter ilk due a tiny misunderstanding concerning the station owners’ significant other and some comments, and perhaps the occasional memo comparing him to a tiny planetoid. 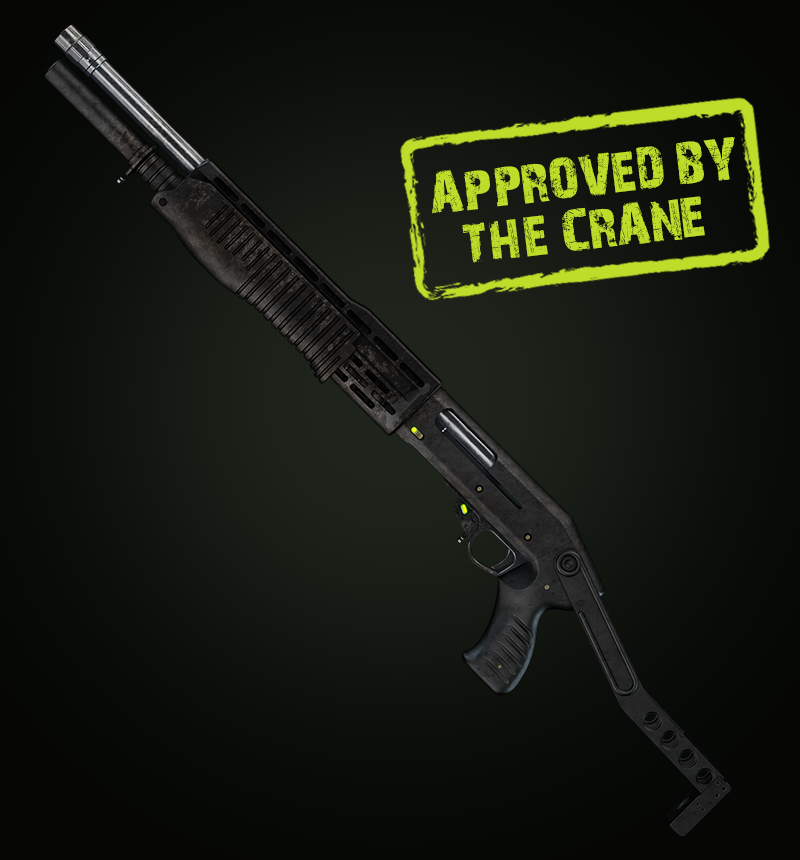 Nevertheless, let me digress no further lest we forget the reason we are here! The Dissident Disincliner, with its considerable heft and firepower, gets a definite Frasier the Crane authentic seal of approval! Pick one up at your nearest black market and make your blackened, charred, and smoking mark upon the galaxy!

If you’re not entirely satisfied with this, prince of power, this wonder of weapons, then I would shave my head! A gesture which becomes less significant with every passing cycle…