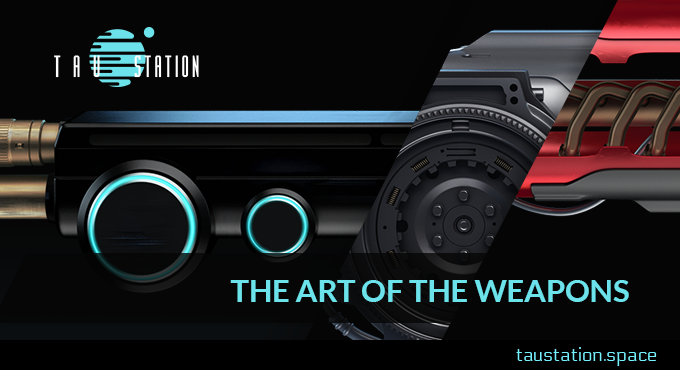 We’ve said it before and we’ll say it again: a fruitful life is a long life, and in Tau Station, a long life is an armed life. Survivors of the Catastrophe are naturally resourceful thinkers, and anything, from a busted pipe to an energy-blast hand-cannon, can and will be used for both defense and offence. Previously, with The Art of the Guns we offered a glimpse into specific gun types found in Tau Station. Today, we present you with other various tools of survival; all able to be used when conflicts come into play.

In Tau Station, combat can lurk around any corner, hiding in wait. Being prepared can increase survivability, and survivability is key. Have a first look at our upcoming weapon designs, specially presented for our readers. Enjoy some concept art we’re working on, planned to be available in-game in April. 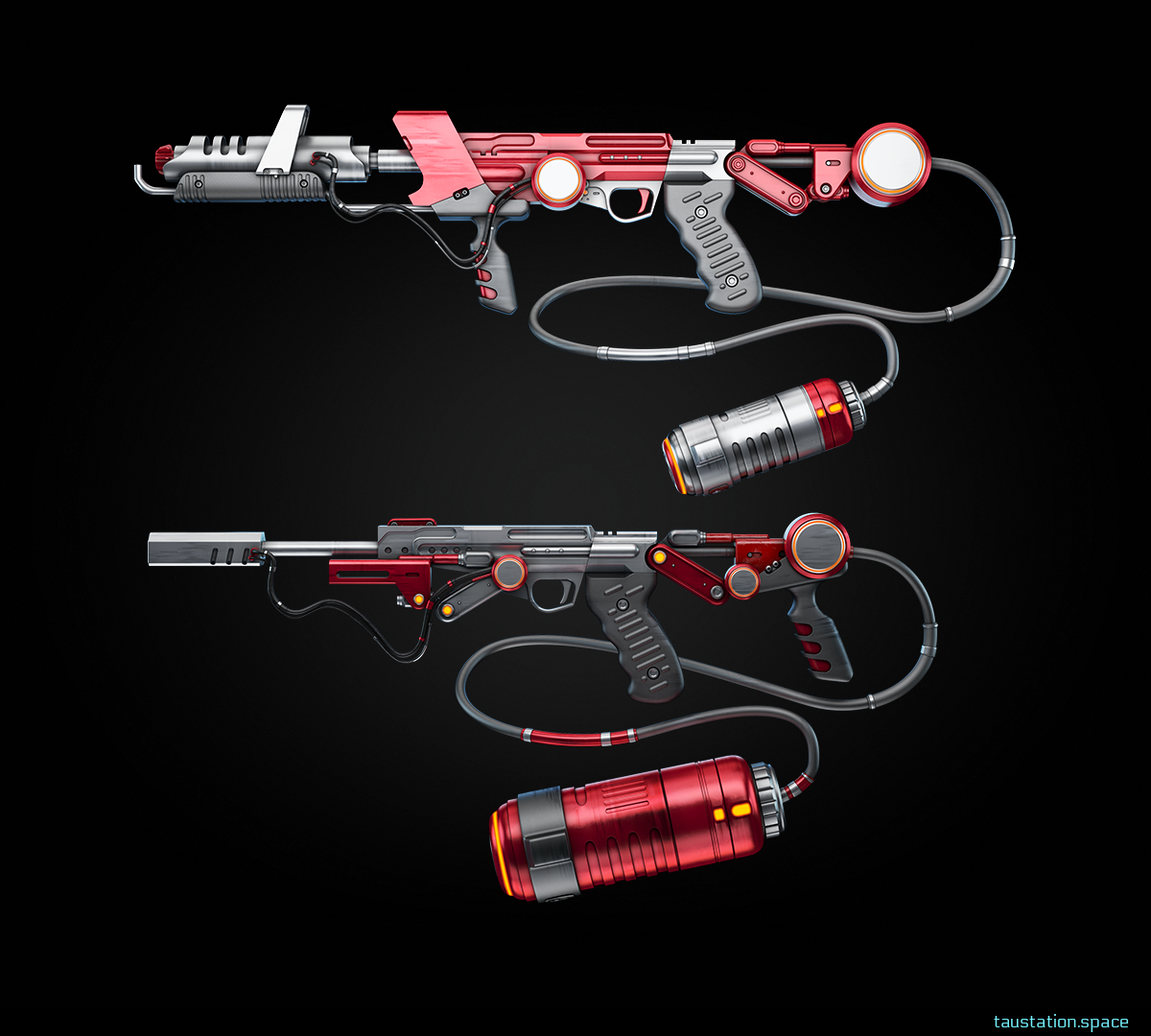 It may well seem like overkill, but having a handy flamethrower never feels like the wrong choice. Add an extra punch by bringing a flamethrower equipped with an accelerant to the party. Spray your surrounding area with fiery doom and watch the tides change. 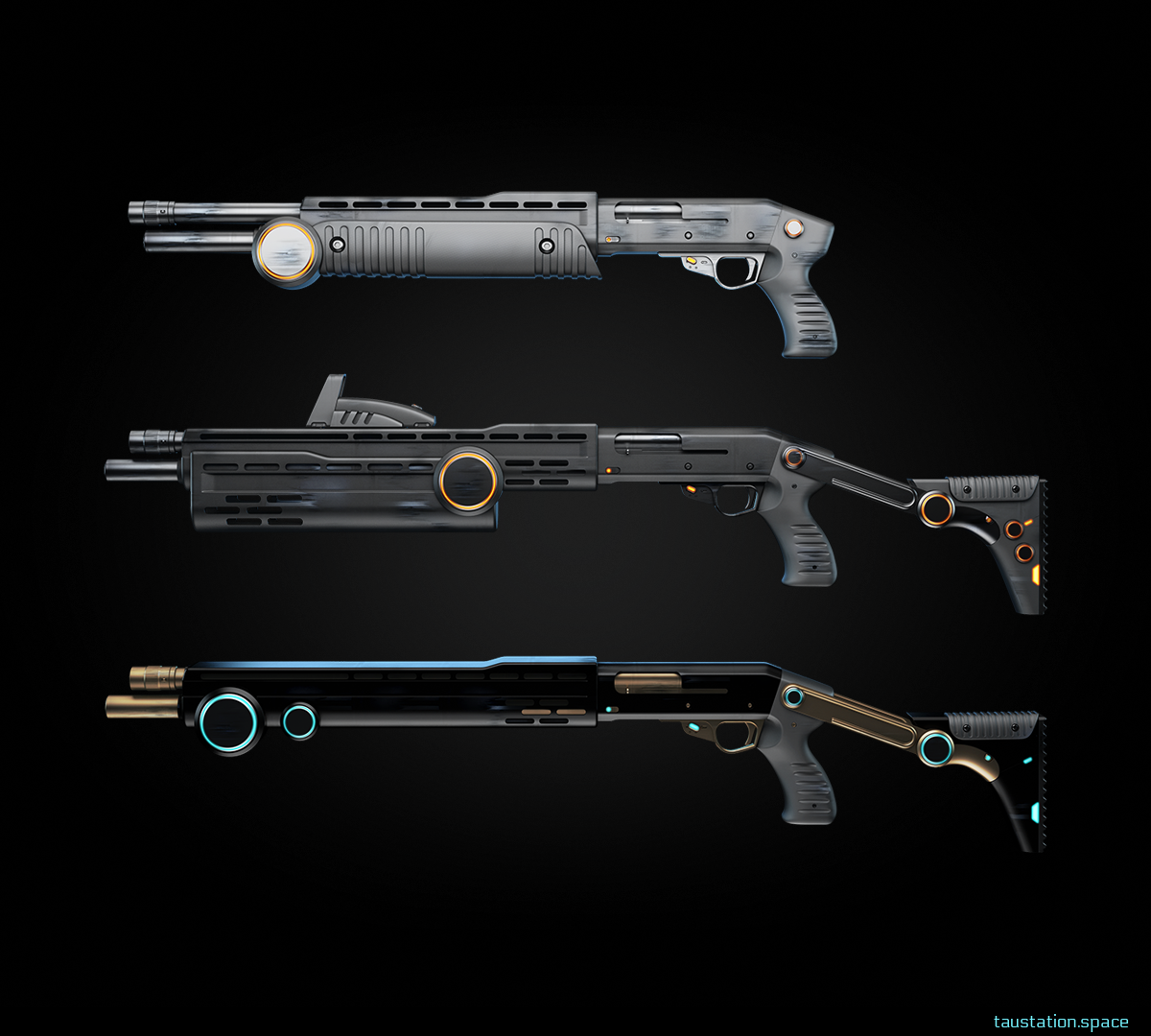 Shotguns provide a big bang but at a hobbled range. The spread of the shot can be modified to huff out gusts of energy blasts or explosive shrapnel, all depending on just how destructive one feels one needs to be. 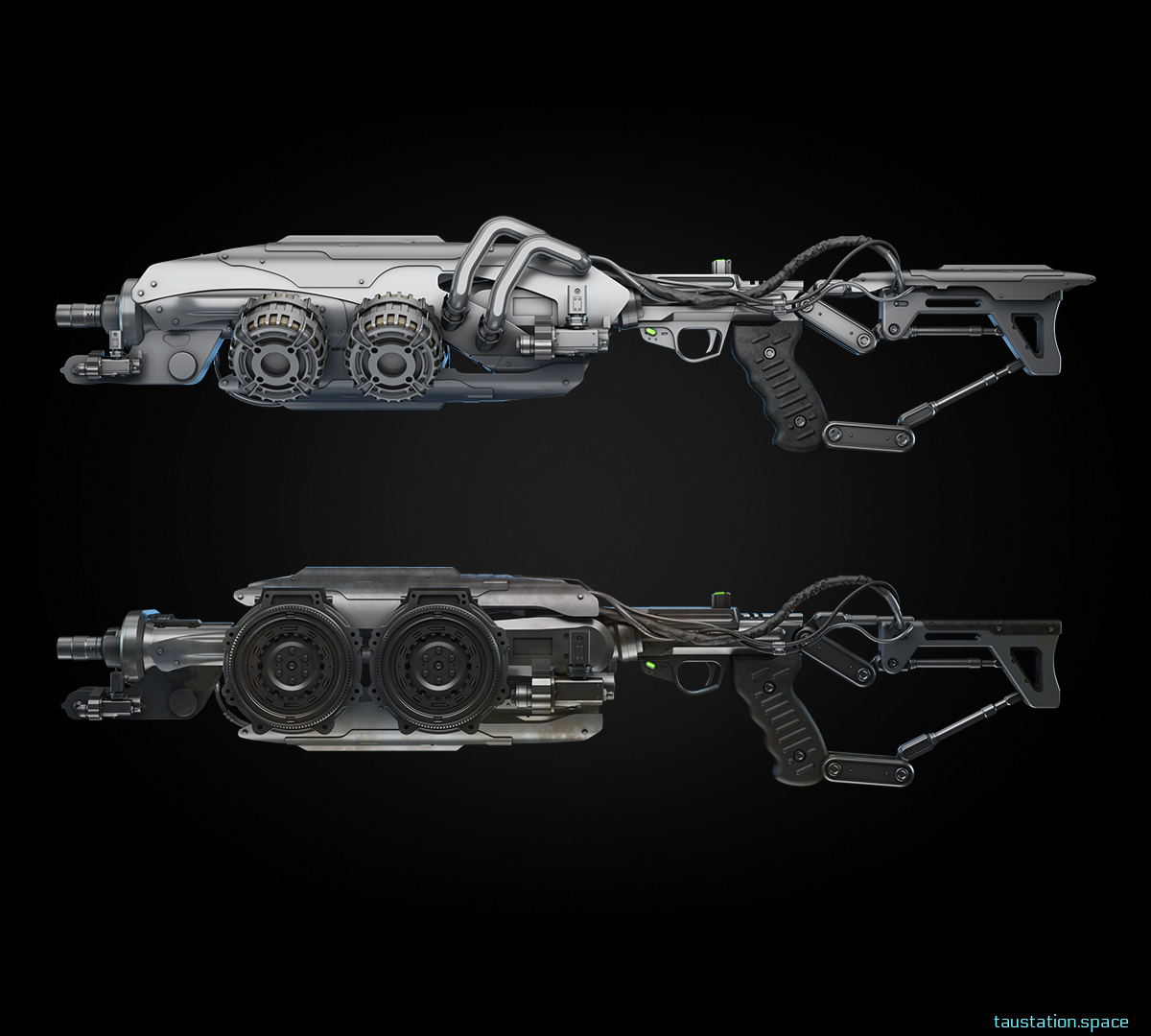 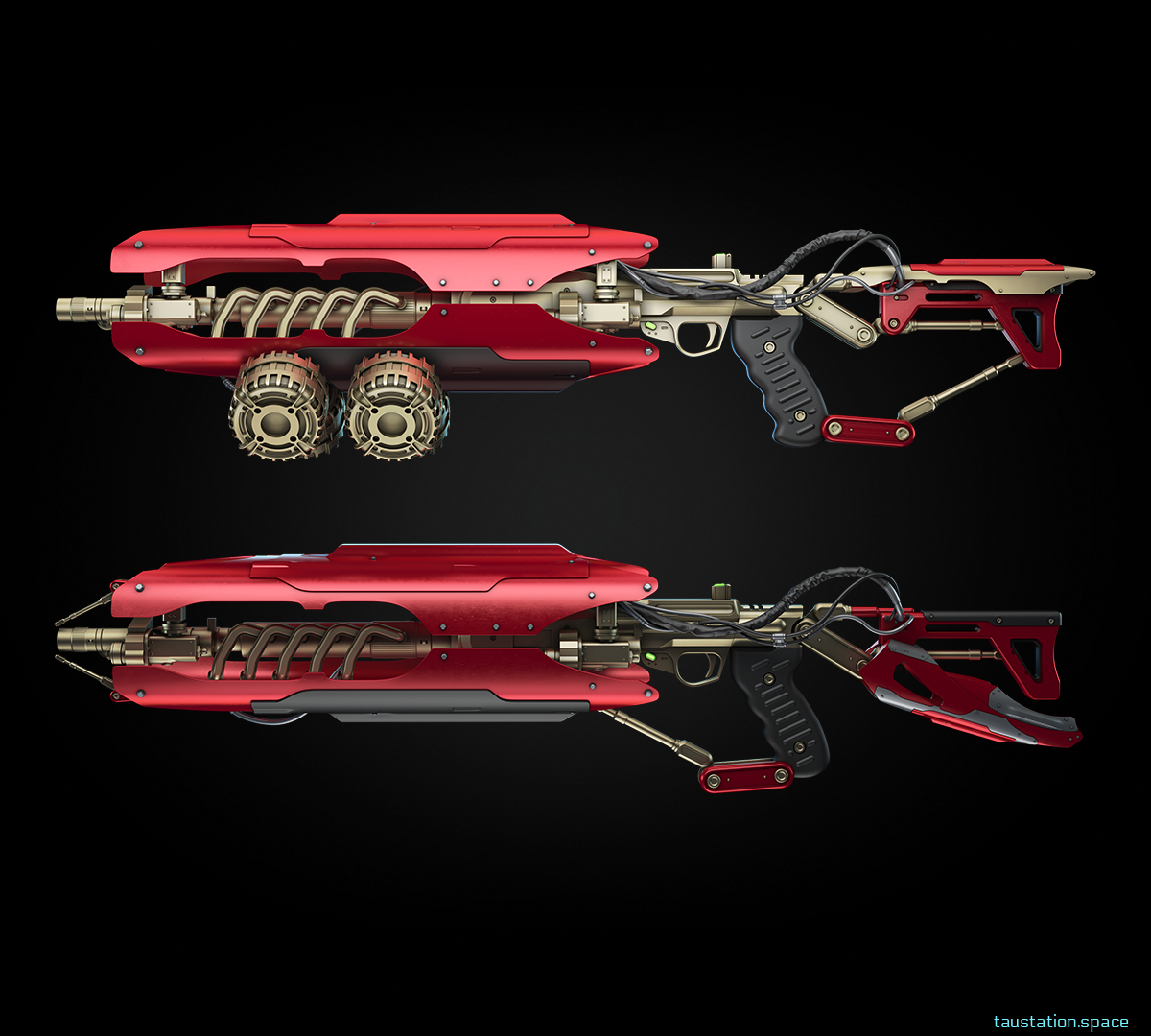 Energy weapons come in an array of flavors. From electric pulse to fireball, or photon to soundwave, any form of energy that can be weaponized, has been weaponized. But be warned, in Tau Station, an energetic approach is often a met with an energetic defense. Energy armor is not uncommon. Market demand, and all. 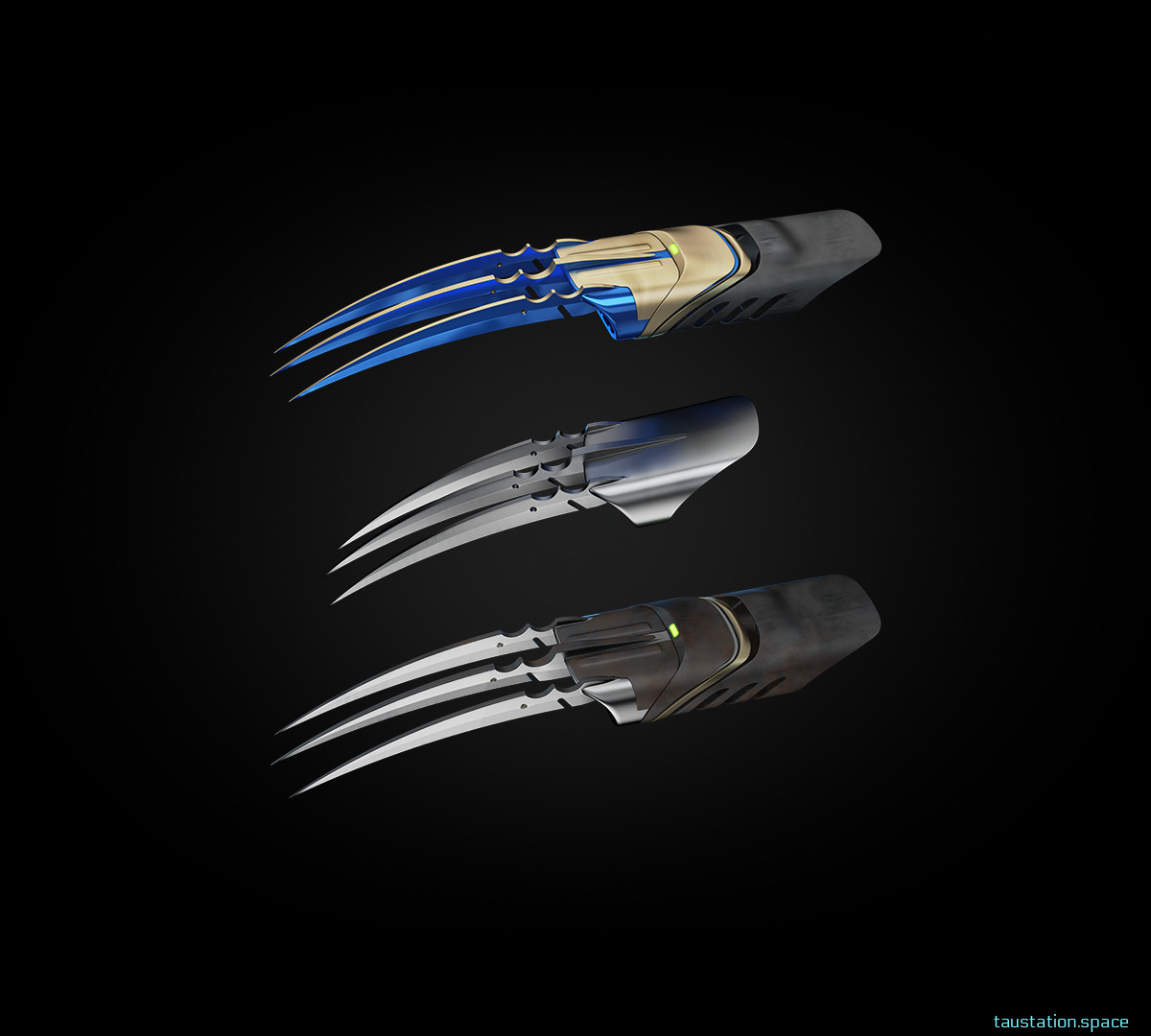 Sets of knuckles can be fitted with blades to shred on impact. Some shock. Some scald. Some do nothing more than rip and tear. All make an impression. Then again, there are some knuckles that aren’t bladed at all. Those pulverize. 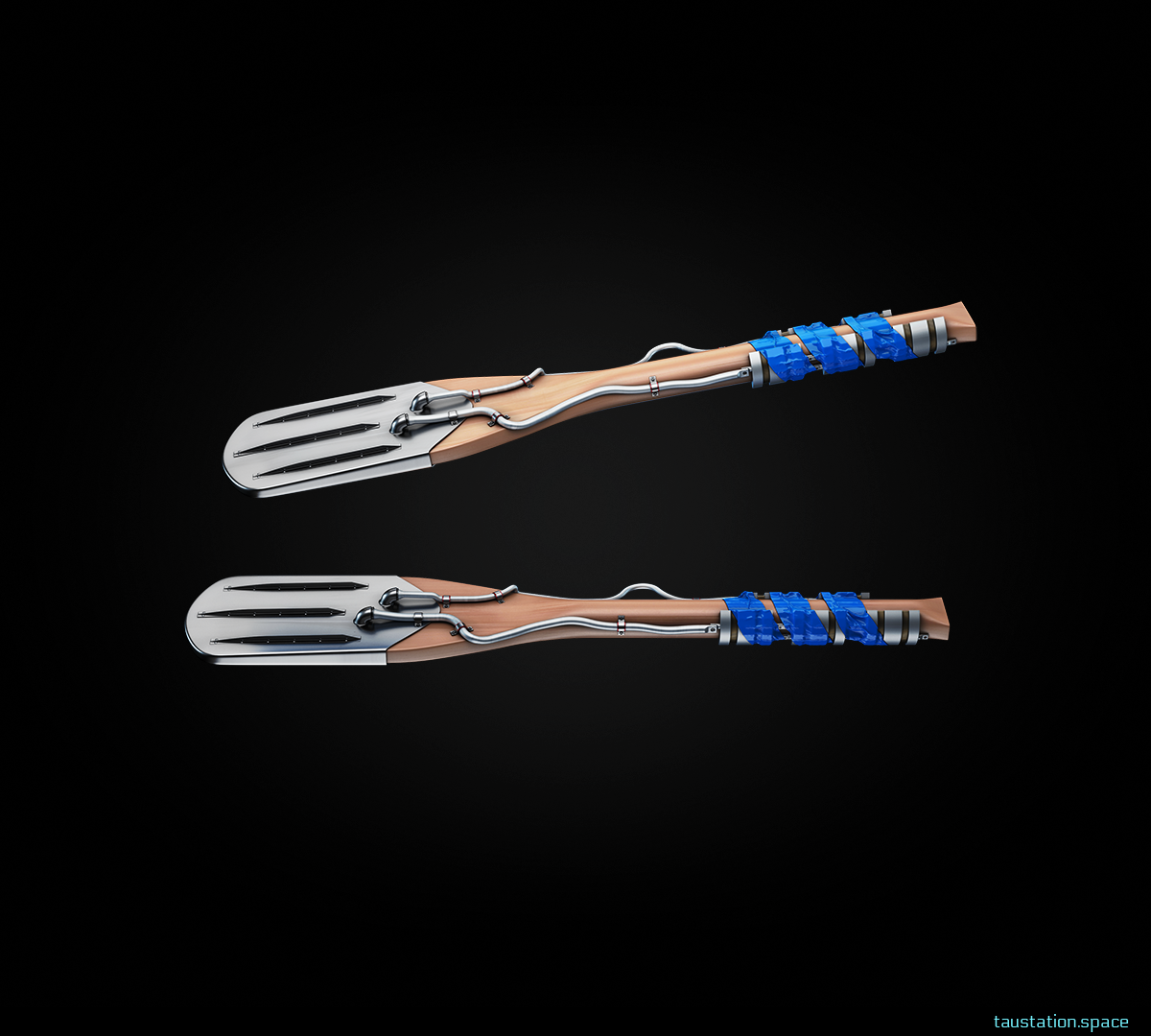 Most anything can be used to make a violent point. Here, we have a Stirring Stick. A paddle-shaped utensil used in the stirring of noodles while cooking that features a heating element attached to the wide steel end. Makes both a delicious meal and a settled conflict. It was probably used for many cycles in Sol System on Taungoo Station.

If you can’t find a death spoon, surely a pole or pipe will do. One never knows what one will find while digging about in the ruins. The goal is as it ever was: survival.

Keep alive, no matter the cost. And make sure you have the right tools for the job.