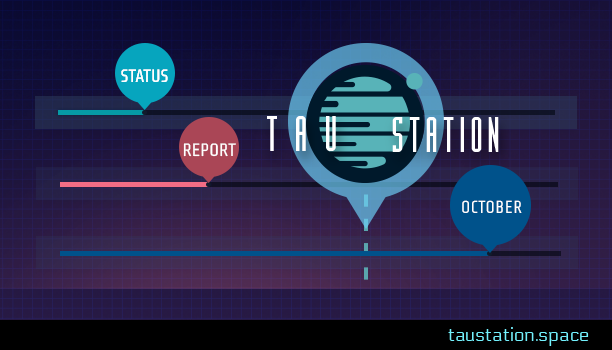 Time is running out fast! 2017 is nearly over, but we made a lot of progress in October 2017, as you can see in the new status report about the development of our science fiction game, Tau Station. Our focus is (still) on getting the game ready for Closed Alpha. Due to the progress on the backend, the frontend team was able to get several core elements in shape for testing. The art team has created a lot of designs. Long story short: several UIs, core game chat, and a couple more missions are waiting for you, while game design is pushing the skill system and combat even further.