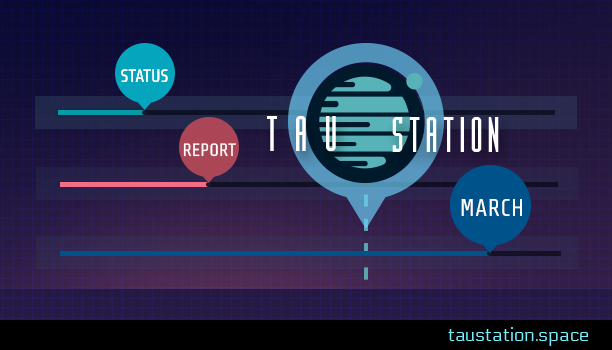 March is over and we’re continuing our mission to opening the game registration for everyone soon (a precise date will be announced once we know it). Two major features were added to Tau Station recently. Read on for more details about how the game improved last month and what is planned for April.

The status reports contain major aspects of the work done on Tau Station during the according month. As we’ve started to provide changelogs for every game update, you can find way more details, including also all smaller changes, in these dedicated posts. Links to all updates/changelogs that happened this month are listed up at the bottom of this article.

The structure of our status reports has been changed from a technical view to more of a focus on what you as a player experience. This way we avoid duplication, especially as many features are a combination of several teams’ work (e.g. forum features are a result of back-end, front-end, and UI team efforts, often based on Community team requests).

You can find a short detailed summary of every single update in the according changelog, which we have been publishing on an a regular basis since we started the Closed Alpha Test. Here are all changelogs of March 2018: