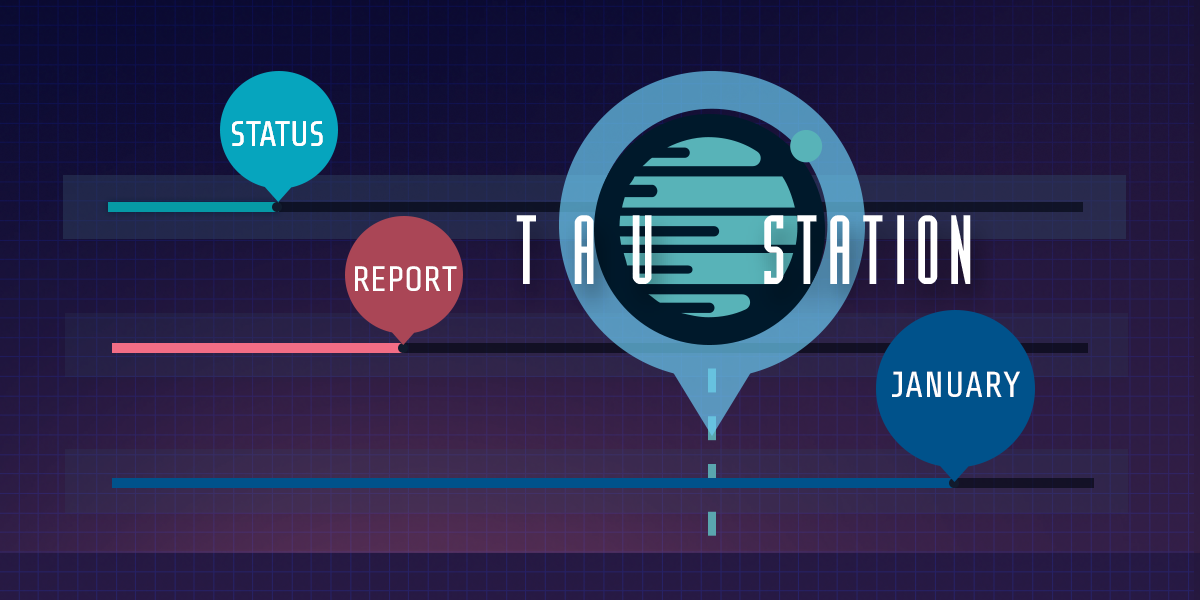 The first month of 2018 just ended and a lot of progress has been made, especially due to the feedback of all of the Closed Alpha Testers. Check out what has been achieved in January and what is planned for February. A couple of new features, like new missions, improvements, and useful comfort suggestions from your side are on our list…

The status reports contain major aspects of the work done on Tau Station during the according month. As we’ve started to provide changelogs for every game update, you can find more details, including also all smaller changes, in these dedicated posts. Links to all updates/changelogs that happened this month are listed up at the bottom of this article.

There are 19,009 potential different paths one can can take to complete the 129-step long “Stealing from Ghosts” mission on The Ghost of Mali in the Alpha Centauri system. We have missions with fewer steps and more than one million potential paths. It turns out that it’s hard to validate missions which are this complicated!

You can find a short detail summary of every single update in the according changelog we have been publishing on an a regular basis since we started the Closed Alpha Test. Here are all changelogs of this month.