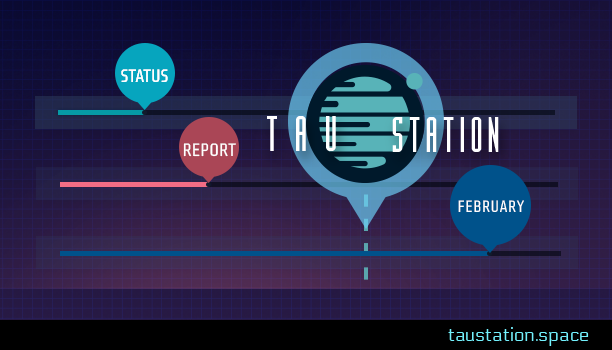 February is over. Besides new features, a lot of improvements and fixes have been implemented. Time to look at some of the tasks that were performed last month, and in addition, this status report also provides a glimpse at the future! Around six weeks ago, the second wave of Closed Alpha Testers fastened their seat belts to join Tau Station. For March, it is planned to invite all remaining fans who signed up to our newsletter. Read on to learn what happens next …

The status reports contain major aspects of the work done on Tau Station during the according month. As we’ve started to provide changelogs for every game update, you can find way more details, including also all smaller changes, in these dedicated posts. Links to all updates/changelogs that happened this month are listed up at the bottom of this article.

World Compliment Day was on March, 1st, and we’d like to repeat what we said on Facebook and Twitter: You’re an Out-Of-This-World Community! Thanks a lot for your support, suggestions, reports, and passion. Keep up the good work and let’s give a warm welcome to everyone joining the game soon! 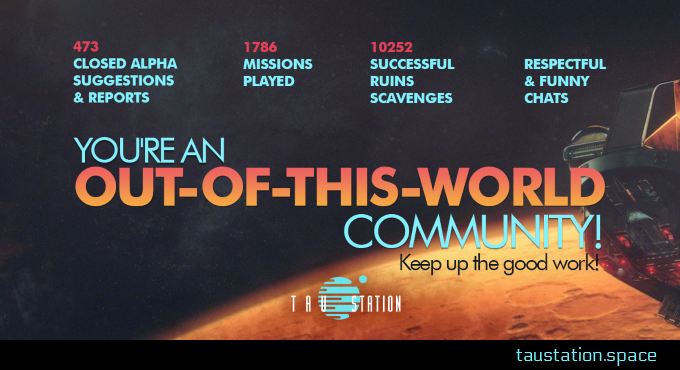 You can find a short detail summary of every single update in the according changelog we have been publishing on an a regular basis since we started the Closed Alpha Test. Here are all changelogs of February 2018.