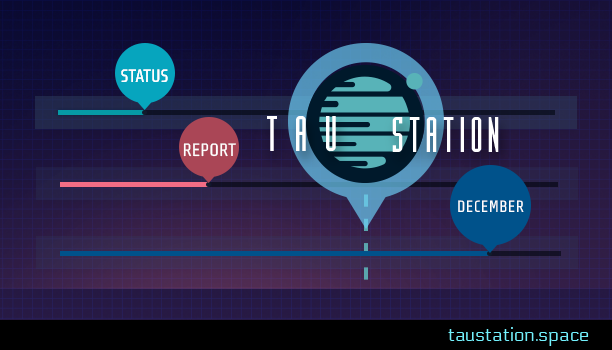 This status report for December concludes the thrilling year of 2017. For our team, it felt like light speed, and together with you, we will welcome the new year, 2018, in a very special way: the day we all have been waiting for! On January 2nd, 2018, the first spaceship will lift off to Tau Station. In a few days, 100 passengers will fasten their seat belts for the Closed Alpha Test. Read on to see what we achieved in December and get your last chance to be on board as well…

We are happy to welcome…