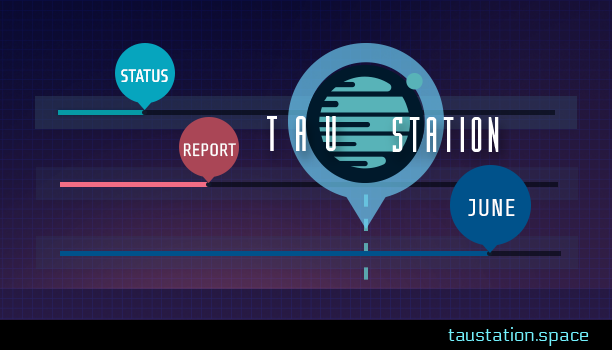 In June, several new features have been rolled out. New PvE campaigns are available in some station’s Ruins, new multi-stims boost more than one stat, you can re-explore missions and in case of death, your gear is now saved and can be picked up at the Gov’t Center of the station you died on. Eight new University courses for combat have been unlocked, credits from career tasks go to straight your bank account now, ship captain’s have reduced maintenance times and you can trade or gift VIP packs again! Read on to see more details and learn about the development plans for July.

In June, a lot was achieved. Some planned features are quite complex and will be continued in July. Here are the main plans for the next month:

You can find a short, detailed summary of every single update in their according changelogs, which we have been publishing on an a regular basis since we started the Closed Alpha Test. Here are all of the changelogs for June 2018: