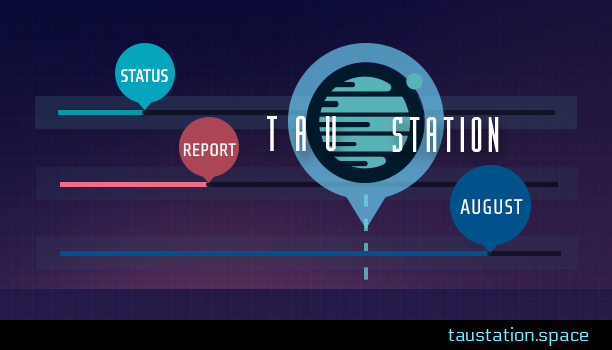 It’s Friday, 31st August – and that means it’s time to review how Tau Station has been improved this month! Among other things, many new courses are available for private ship Captains, Syndicates are improved, a new mission can be played, Discreet Work has received various updates, and more. Read on for full details and to learn what is planned for September 2018!

Many new University courses are available to boost the efficiency of your private ships.

Some of the features and improvements planned for September 2018:

You can find a short, detailed summary of every single update in the corresponding changelogs, which we have been publishing on a regular basis since we started the Closed Alpha Test. Here are all of the changelogs for August 2018: