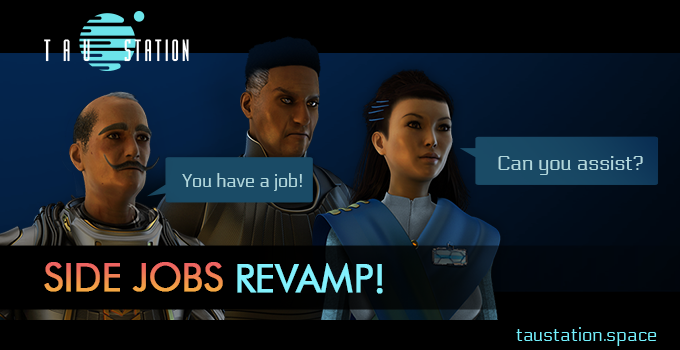 Last week, we shared a preview of the CORETECHS archive update, including a brand new UI and lots of content changes. This week, we’ll take a look at another area currently getting a significant makeover: side jobs. The Tau Station team has plenty of plans for this feature, which you’ll soon be able to experience.

Overall, as part of the game’s ongoing Alpha development, the narrative team has rewritten over 25 Side Jobs so far, covering all of Sol System. And we’re not stopping there; Alpha Centauri is next up! Our main goal was to make Side Job texts more interesting, varied and immersive. We also added occasional narrative choices to some jobs, similar to what you will be familiar with from missions, but on a smaller and simpler scale. All of these changes should be included in the next release.

Some early Side Jobs have been rebalanced to better suit new citizens’ abilities. And we’ve even added a special Side Job on Tau Station called ‘Encyclopedia Editor’, to celebrate the recent Community Spotlight on the Tau Station Wiki fan site. All together, there’s lots of new content to explore! And all of it is now presented to you in a much-improved UI layout. Let’s take a closer look.

You may have spotted a sneak peek on our Social Media channels already: the information panel showing your Side Job status (along with missions, discreet work and career) is being optimized. The current “Employment” box uses up to 7 lines. It will be replaced by the streamlined “Current Ventures” summary, saving nearly 50% of space. 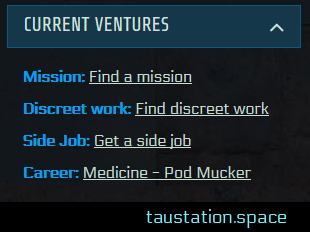 New UI for Side Job tasks

Side Jobs sometimes require actions in specific areas, shown by the action flag on the task tab at the relevant place. The new layout for this will be more convenient in future, closer to what you know from missions. Side Job names will also be presented more clearly for these sections, and some environment art will bring the area to greater life. 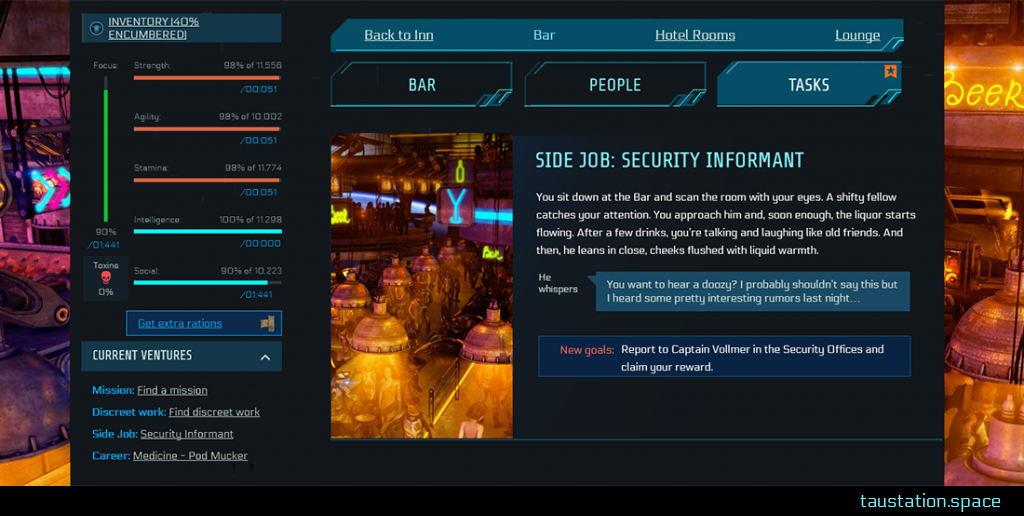 For some Side Jobs you need to talk to NPCs. We’ve given these sections a UI update as well, integrating content to the character’s NPC panel, as you can see below.

In addition to this, we’ve reduced scrolling for all Side Jobs. Now, only the current step is shown. Previous actions you finished won’t be displayed anymore. This leads to a more compact, clean and focused UI. 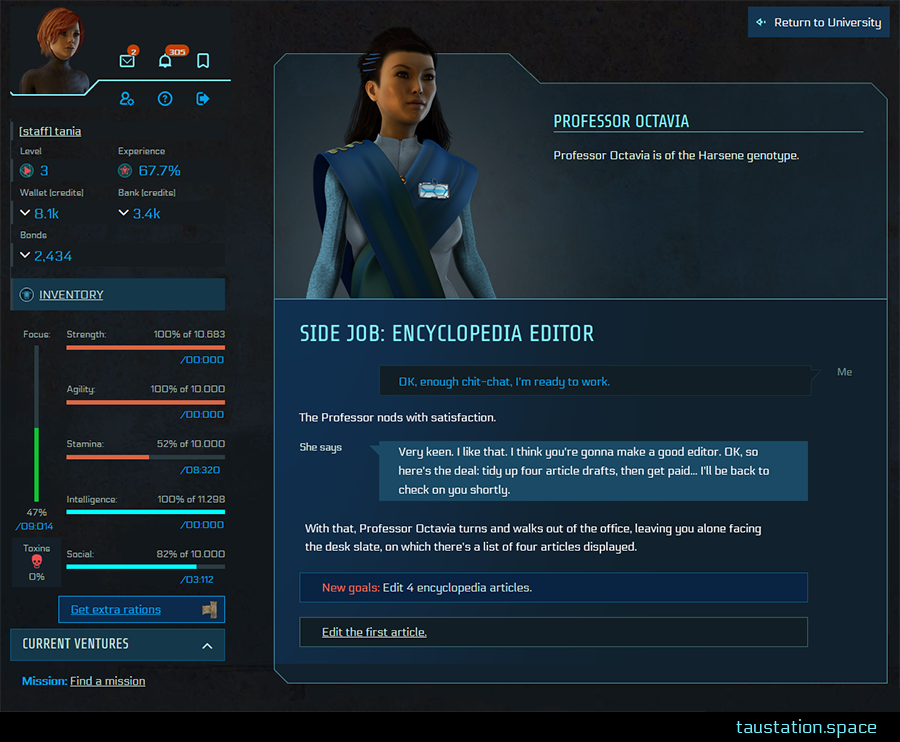 Improved display of your rewards

Once you’ve completed everything, it’s time to take your well-deserved reward. In the future, these rewards will be displayed in a clearer manner.  As usual, credit (and bond) payments get listed in the relevant logs as well. 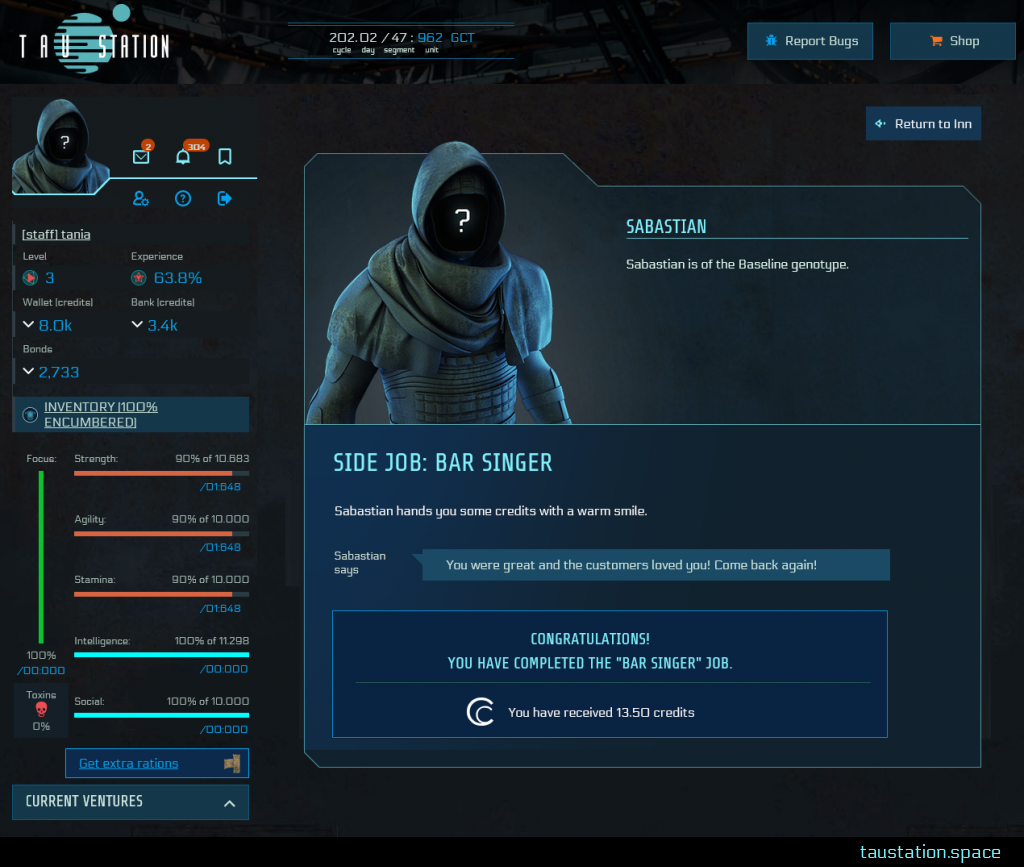 The team has also started adding unique avatars to some of the NPCs involved with side jobs. Here are two examples of NPCs offering Side Jobs on the starting place of every new Citizen: Tau Station. 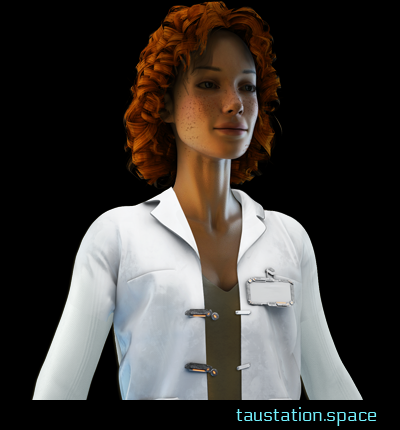 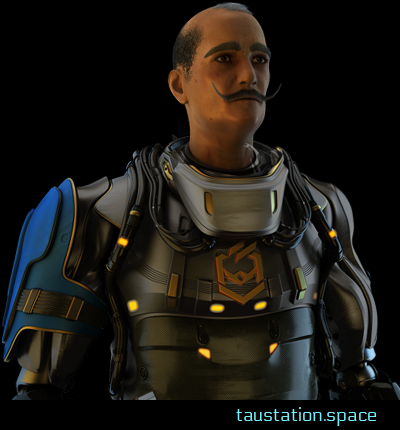 And finally, did you know that Side Jobs are a useful source for gaining experience points? – See you in space!