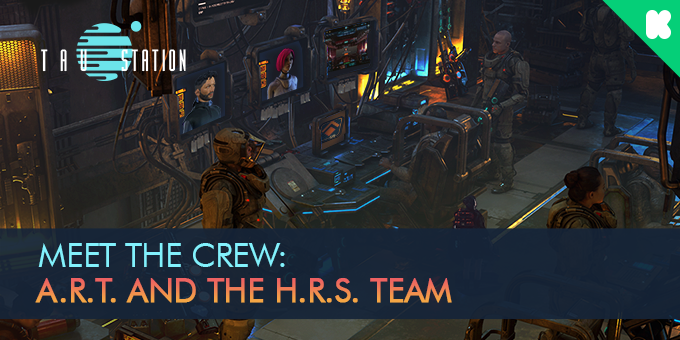 Words can paint a picture, and a picture is worth a thousand words – in Tau Station, our prose and paint complement each other, bringing stations, characters and objects to life. In the third episode of our “Meet the Crew” series, we’re delighted to introduce you to our Aesthetics Regulation Taskforce (A.R.T.). This three-strong team is responsible for everything you see in Tau Station, from characters to backgrounds, buttons to icons. 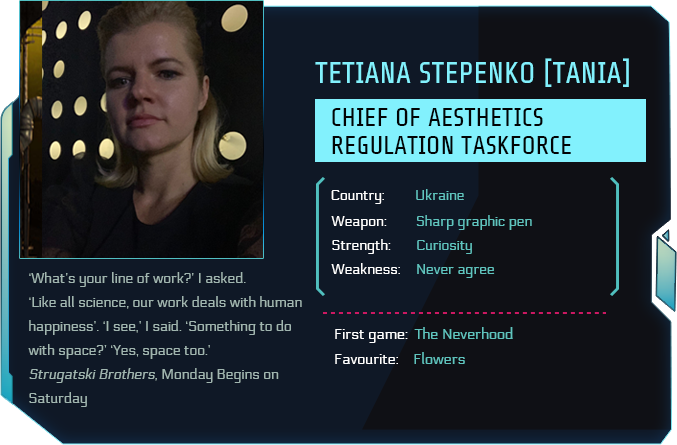 Tetiana Stepenko’s nickname in Tau Station is Tania, as she’s called by her colleagues. She’s the Chief of Aesthetics Regulation Taskforce (A.R.T.), and lives in Ukraine. Her weapon is a sharp graphic pen, her strength is her curiosity, while her weakness is never agreeing. Her first game was The Neverhood, and what she likes the most are flowers.

“What’s your line of work?” I asked.
“Like all science, our work deals with human happiness”.
“I see,” I said.
“Something to do with space?”
“Yes, space too.”
– Strugatski Brothers, Monday Begins on Saturday

Some of my Favorite UIs (I created)

The upcoming map navigation, the UI of the storage management feature in your CORETECHS, the future end screen of combat, and The Gaule Administration with (upcoming) landscape UI. 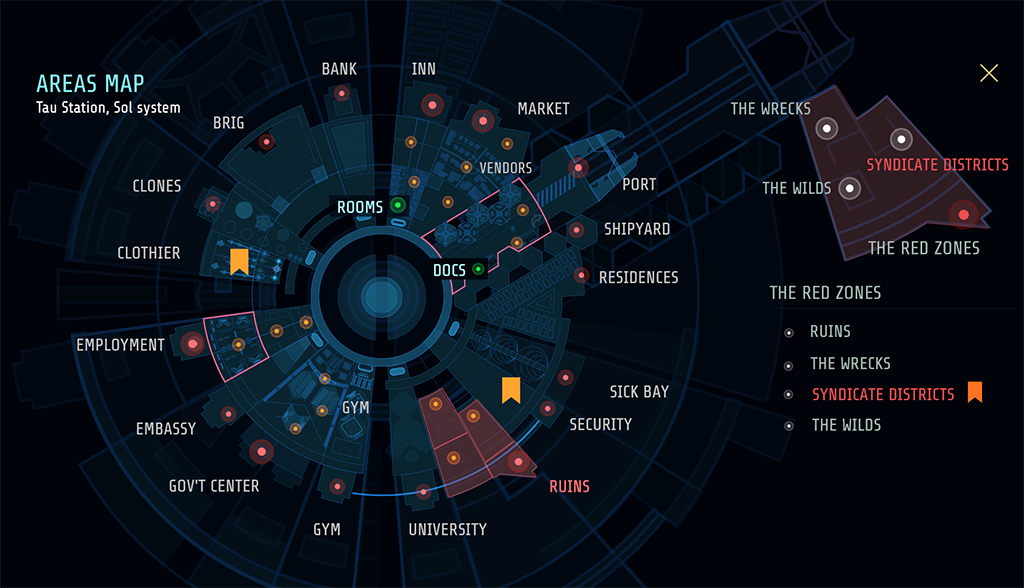 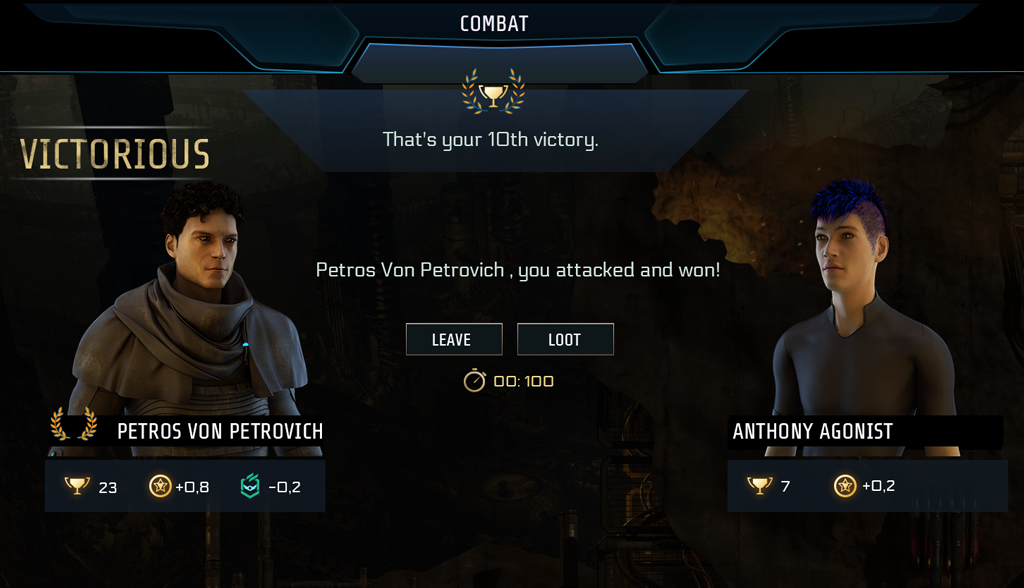 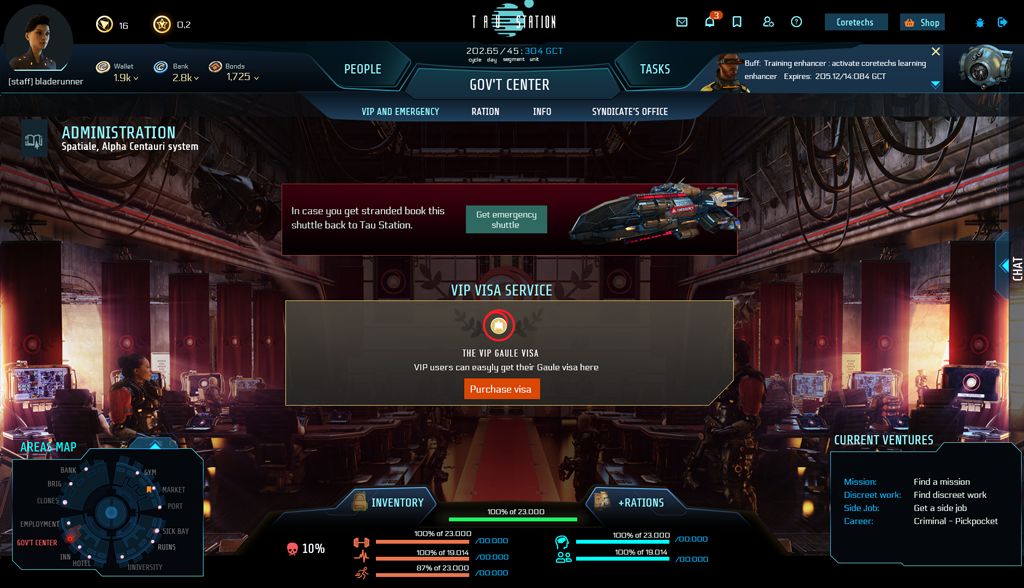 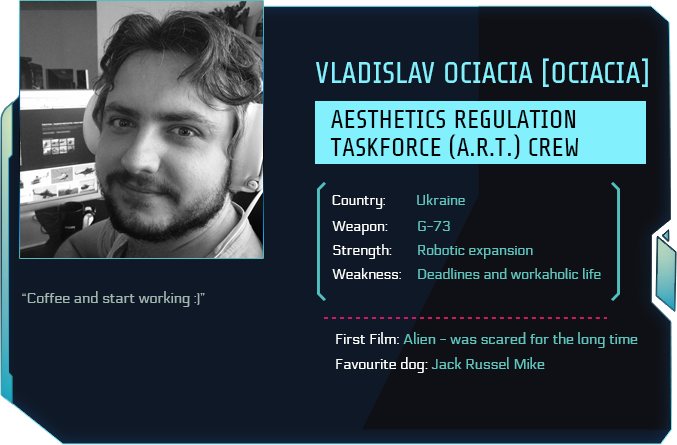 Vladislav Ociacia uses his family name Ociacia as his nickname. He’s part of the Aesthetics Regulation Taskforce (A.R.T.) Crew, and also lives in Ukraine. His weapon is a G-73, his strength is Robotic expansion, and his weaknesses are deadlines and a workaholic life. His first film was Alien (he was scared for a long time!) and his favorite dog is the Jack Russel Mike.

My Favorite Visuals (I created)

The job center, part of a security room and a hotel room. 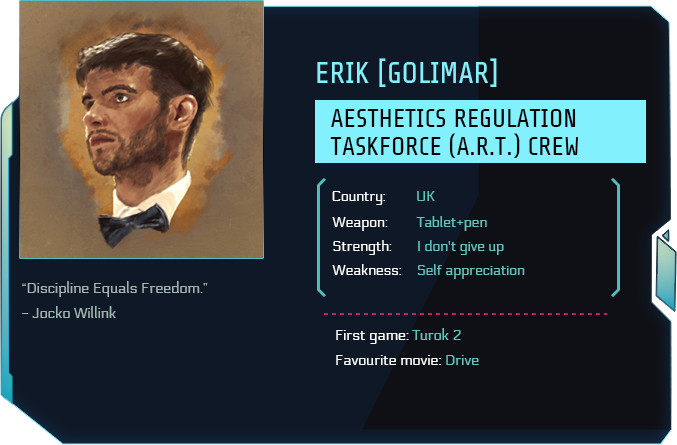 Erik’s nickname is Golimar and he’s part of the Aesthetics Regulation Taskforce (A.R.T.) Crew, creating avatars for Tau Station. Living in the UK, he uses a tablet and pen as a weapon. His strength is not giving up, and his weakness is self appreciation. Turok 2 was the first game he played, and his favorite movie is Drive.

My Favorite Visuals (I created) 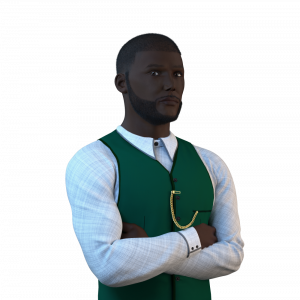 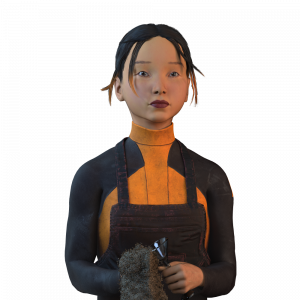 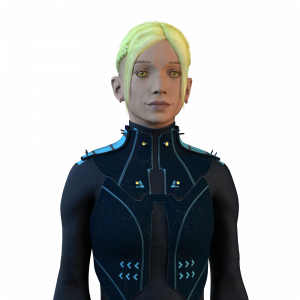 Besides the visual artwork – characters, items, backgrounds, even animations of our (future) User Interface – we are also bringing audio to the game, titillating one more sense to heighten your immersion! The exclusive music compositions and sound effects come from award-winning Luke Corradine, our Chief Harmony & Resonant Synthesis Technician (H.R.S.). ~You can read more about his work in our recent article. 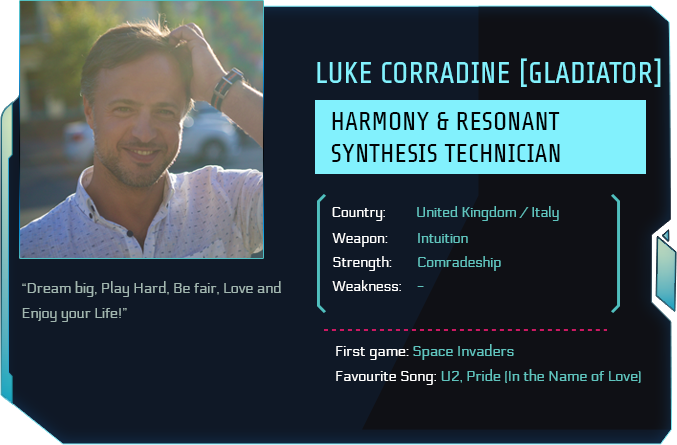 Luke Corradine’s nickname is Gladiator. He’s Tau Station’s Chief H.R.S. Technician. Having roots in both the UK and Italy, he claims intuition is his best weapon. His strength is comradeship, and he doesn’t mention any weaknesses. The first game he ever played was Space Invaders, and his favorite song is Pride (in the name of love) from U2.