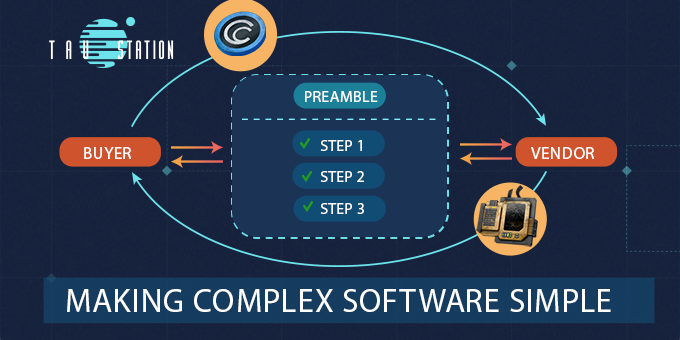 Just about anyone who’s taken a beginning database course learns about the critical importance of database transactions. For example, consider the following code:

The code is a grotesque oversimplification in several ways, but let’s just look at one little line:

Now if dec_balance fails, we’re guaranteed that whatever money was withdrawn will still be in the original account.

But it still has a massive bug. What if money was withdrawn after we checked the balance, but before we withdrew it? Oops. It’s called a “race condition”, because the behavior of your code depends on which code finishes first.

No. Of course not. For most OO system I’ve worked on, that code is not good to go because objects hold their data independently from the underlying storage mechanism. What that means is that the information was read earlier and might be stale. Instead, you need to refresh your data. But you can’t just do a SELECT, you need a SELECT ... FOR UPDATE to ensure that the row is locked in the transaction.

The above is certainly better, but my goodness, there are traps there. And it still has bugs, but I’ll stop belaboring the point now.

All you wanted to do was move a bit of money from one bank account to another. And honestly, this is a simple example. When your code gets seriously complex, it can be hard to track down bugs caused by race conditions and not having proper scope on transactions.

Which brings me to the real point of this article:

That is something that developers often gloss over. “You have to know your system.” “It’s your fault that you weren’t paying attention.” “Be better!”

No. You want to write systems that take failure modes into account and make it hard to write those serious bugs.

So, what would the above look like in Tau Station ? Well, currently we don’t have multiple bank accounts per player, but we do have the ability to move money from your wallet to your bank account and conceptually that’s the same thing. It uses an “Exchange” system we’ve built and it looks like this:

The “Preamble” is a second that declares that messages are going to be displayed to the player and what information, if any, to use for those messages. The “Steps”, however, are only what we’re actually trying to accomplish. In other words, with our exchanges, we mostly write code that describes the desired behavior. All of the “scaffolding” code is hidden away behind the scenes.

For example, note the code we didn’t have to write, but that our exchange system handles:

And for other exchanges, we have things such as:

In fact, the declarative nature of the above code means that we can even take this “exchange” and cut-n-paste it for our non-technical narrative designers and they understand what it means!

And guess what? We can reuse this. Here’s another example, reusing the BankAccount.add_credits code, for a relatively complex action of buying an item from another player (a bit simplified). But first, imagine how you would write the code for buying a physical item from a vendor and compare that code to the following.

By writing code in such a declarative style, we have taken incredibly complex behavior and not only made it simpler, but more correct.

Here’s another example. In Tau Station, you can “save” your progress by gestating a new clone. If you die, you respawn into your latest close. What does clone gestation look like? It used to look like this mess:

Honestly, which of those would you rather write?

So how does this magic work?

When you create a new exchange, the first thing it does is go through your steps and figure out what objects might be updated. Then we:

It sounds simple, but there’s a lot more going on under the hood. For example, if you are a member of a syndicate and you earn income, you may have to pay “tax” to that syndicate. Thus, the exchange needs to know that it must fetch the syndicate object, lock it, and send taxes to it. As a developer writing the code, you almost never have to pay attention to this. It’s all automatic.

Everything follows a linguistic SVO (subject-verb-object) pattern. To create a new Topic for the exchanges, you create a class called Veure::Economy::Asset::Topic (there are legacy reasons for the name) and have it inherit from Veure::Economy::Asset. We have another system that automatically finds and loads all these classes and ensures that the asset name is exportable on demand. You just write the code, there’s no need to wire it together because that’s done for you.

Each of these classes takes a subject (the first argument) and implementing a verb is merely a matter of writing a method. The object (in linguisitic terms) becomes the argument(s) to the method. A simple is_in_area check might look like this:

Simple, eh? And now we can reuse this to our heart’s content.

Aside from the fact that the exchanges allow us to write incredibly complex code very quickly, one of my favorite parts is the fact that even though it’s mostly declarative on the surface, underneath it’s objects all the way down. That means we get the full power of OO introspection where we need it. For example, what happens if I’m running the test suite and an exchange throws an exception?

Well, of course, we get a stack trace. And at the top of that trace, we get a stringified version of the exchange. In this case, it’s for refueling a spaceship:

In this case, we got an exception because there’s a serious bug: somehow the character has been asked to pay negative credits. This stringified exchange shows this very clearly here:

So it’s dead simple to recreate conditions that cause failures in incredibly complex behavior. In this case, we knew our exchange system was fine, but something was sending it bad data.

If there is one regret I have about the exchange system, it’s that it’s not open-source. We absolutely would release this if we could, but when we started on it, it wasn’t clear what the end result would be. Thus, it’s deeply tied to our game Tau Station . If we find ourselves with the time—or a contract—for this, we will release this for everyone.

As an aside, Ruby has something rather similar, named Trailblazer . The main difference in exchanges is that we’re not tied to MVC or the web. Trailblazer documents itself as “A New Architecture For Rails”, suggesting a tight coupling. That being said, it has fantastic testimonials which match our internal experience with exchanges. I expect we might see more of this type of code in the future.