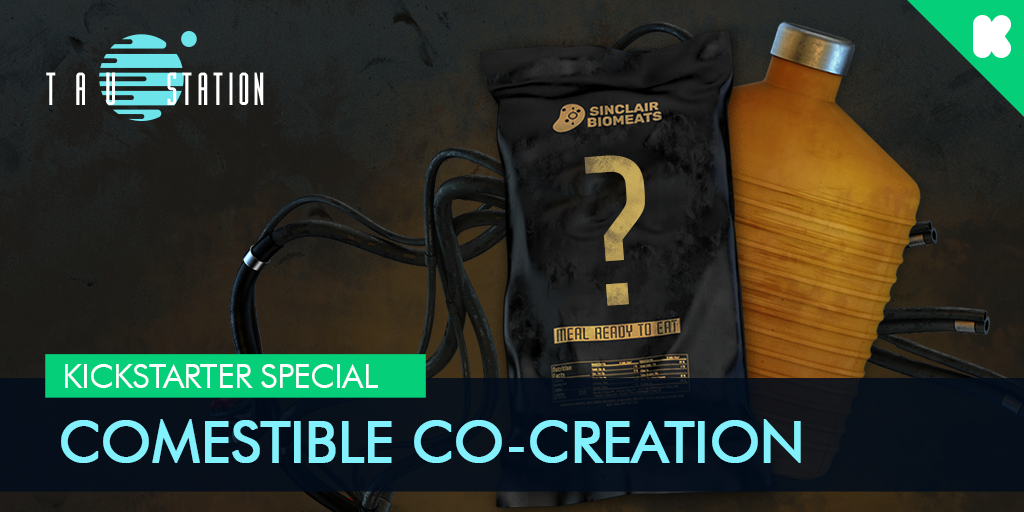 Food can take you back, its aromas reminding you of home – whether home is a large residence you share with family, or your own private spaceship! In Tau Station there is a penury of food variations, thanks to 3D food printing technology. If you back us on the Comestible Designer tier on Kickstarter, we’ll cook up a new consumable item, whether food, drink or something in between. Bring comfort or innovation to the kitchens of Freebooter stations, where other Citizens will be able to buy your specialty.

While different meals appear in different stations or missions, the majority of the food items in Tau Station are rations or enhancements – but that’s about to change! In Freebooter stations, where you aren’t given daily rations, you can buy other sorts of things to snack on. The co-creation process itself will go something like this:

Your Ideas: You can send us your food or drink ideas, or we can give you a document with relevant questions you can use as a springboard. Think about how it looks, tastes and smells, whether it’s based on an existing Earth dish or something cooked up by cutting-edge 3-D food printer algorithms to make use of leftover fungi.

Our Writing and Art: We’ll go through what you’ve given us and create a description and image that capture the food you’re envisioning. The narrative team supports you with polishing everything that your creation which will be sold on Freebooter stations fits to the game. Let’s experiment together!

Last Call: Once you’ve seen what we created, we’ll have a call and you can tell us what you think, and whether anything needs changing. Once your food and the Freebooter station that sells it are both ready, it’ll become available in a future update!

Cooking up a Consumable

Similarly to NPC co-creation, making a consumable item is mostly a case of filling in blanks. The most interesting parts are the description and picture – the rest, such as its tier, is worked out by the team to ensure each item is balanced. Just like rations, eating your newly created food will restore focus appropriate to its tier, so it will be both practical and commemorative! You might even want to create consumables with a bonus for a specific genotype. 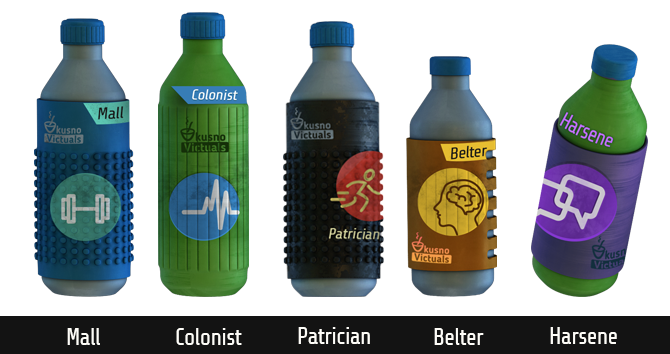 If you’ve always wanted to invent your own culinary delight, one which all Citizens will be able to partake in, have a look at the Comestible Designer tier on Kickstarter!