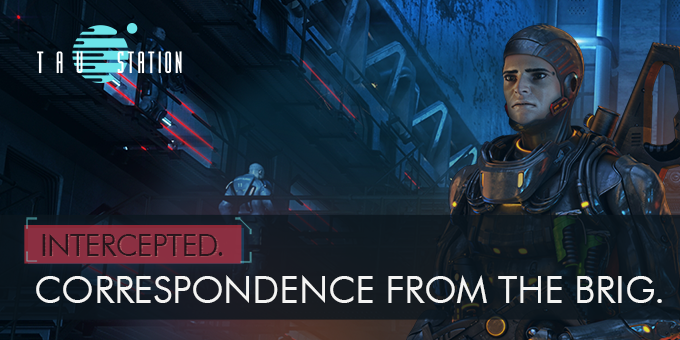 “It is standard protocol to intercept correspondence sent to or coming from restricted areas. Citizen! Information is safety. ” Sometimes these intercepted documents yield tasty government secrets -sometimes they’re just a slice of someone’s life, like this one from distant LeGuin.

The guard doesn’t like me. He wants to hurt me. He spells it out with his eyes. He has cruel eyes this one -the kind of eyes that want to do the cutting and the kicking themselves. Angry eyes. Envious eyes. They envy the elbow and the knuckles.

He’s back. Just stares at me through the viewport. I stare back, but only because the cameras are watching too.

He’s gone and I’m in again.

Not the same one Jodi -same charge. I left Pompadour a cycle ago. The Gaule -they’re always looking down their noses at you. Yeah -you’re better than me, huh? That’s why you pay. You pay because you’re better, huh?

All these brigs look the same.

I’m on an indi. LeGuin. A dead end in the middle of nowhere.

This place lets me write to you at least. Let’s me stay connected. Everyone’s hooked on the Mesh out here. There’s nothing else to do. I hardly turn an eye on this station -it’s amazing I got busted. Meshheads -all of them. Can’t blame them. The place reeks of death.

He’s back again. Staring me down with those broken eyes.

Maybe when I get out we can coordinate a trajectory, huh?

I’m tired of this. I should hightail it to Tianjin and become a corporate girl. What I get thrown in the brig for here, they get tipped extra for there. Remember our talk -in the Mermaid? How’s your soul these days Jodi?

Pitch black, but the cameras are still watching.

The cameras are still on.