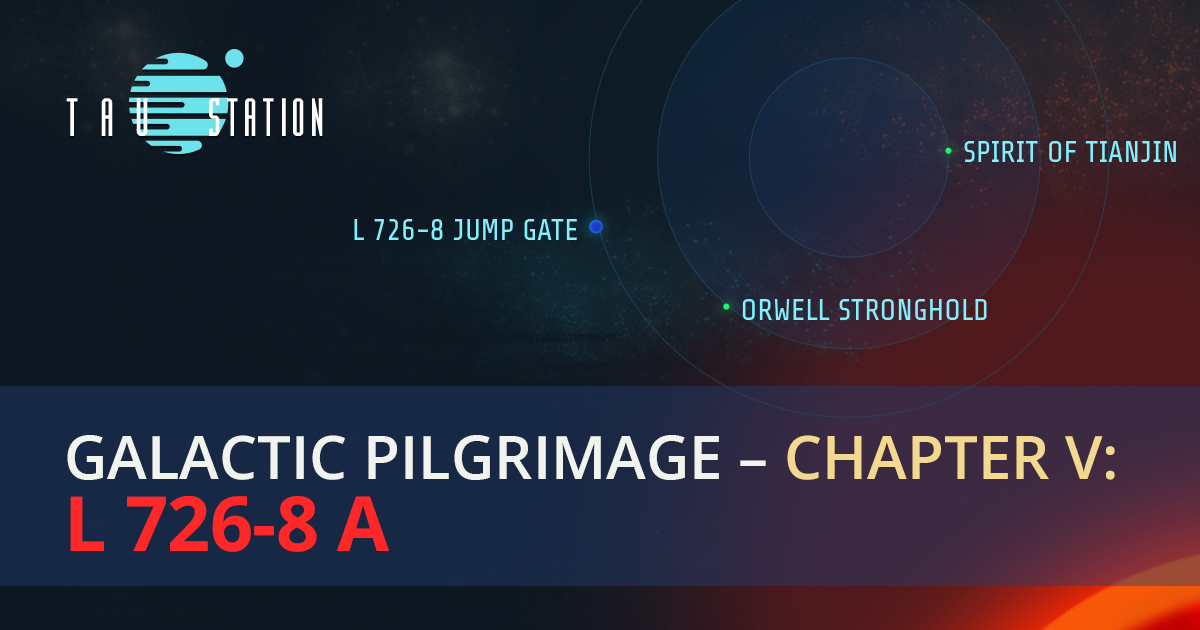 The blades of morality swing far and wide on the pendulum of independence of the binary red dwarf system that is L 726-8 A. Three stations dance around the lifeless planetoid of K.Kochansky that itself orbits Luyten 726-8 A. In the distance, Luyten’s binary sibling, UV Ceti, can be seen winking cheekily with its routine flares at all who travel here. Join us for a pilgrimage through stations of vastly different types of people who have made this star system their home.

The jump gate to this system is frequently traveled but seldom sojourned on for long. The group known as the Roswell Division which, at best, could be perceived as an eccentric society and, at more realistic, a disturbing cult, tends to put off most folks. The Roswellians, through, some say vastly misunderstood, interpretations of ancient Earth texts, believe that extraterrestrials exist. They also believe that said aliens visited Earth in the Terran year of 1947 and were systematically murdered and studied. Thus, the Roswell Division holds that the beings from beyond likely caused the Catastrophe in retaliation to humanity’s misdeeds.

On L 726-8 A Jump Gate, the patron station of enforced humility and repentance, the prevailing belief tends to be that we must show we have changed our ways in the hope that the otherworldly beings will grant us forgiveness.

Orwell Stronghold – First of the Watchtowers

Known locally as a Benevolent Dynamics ‘waystation’, this facility is under the autonomous jurisdiction of the aforementioned independent technocracy. Officially, Benevolent Dynamics conducts research on the nearby flaring red dwarf of UV Ceti. Unofficially, Orwell Stronghold holds any number of ongoing research projects and scientific investigations.

The station’s BeDyne facilitators like to maintain the perception that here is a bastion of truth and discovery to ease one’s travels through the unknown of the Black. Orwell Stronghold, patron station of distantly shimmering lights, guiding you on through the darkness ahead.

Spirit of Tianjin – Bread and Circuses

Once nothing more than a humble observatory for the two red dwarfs of the system, this orbital facility was acquired by entertainment mogul Etheel Hayes 61 cycles after the Catastrophe. The station, being now free of regulation and the inconvenience of legality, became a den of eccentric, often fatal, indulgence.

Travelers to Spirit of Tianjin, patron station of unconditional diversion, quickly find that even the basest, most unhinged ideas are entertained here.