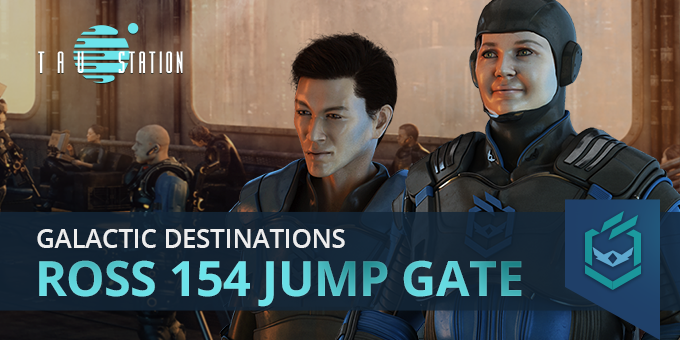 As the jumpgate pathways are being realigned and brought back into the galactic network, we are able to access further information on the stations of Ross 154. As always, the entry-point into the system is the jumpgate and, with the mesh links reestablished and lines of communication now open, we can bring you some information about it!

As the militaristic entry-point into the system, the Ross Jump Gate takes its role as protector of the system seriously. Every station leader has focused on protecting both the civilians in the Jump Gate itself, as well as the other Consortium stations. In the past, Consortium soldiers would come here for military drills, to admire how organised and regimented everything was, and how much the people appreciated the Consortium peacekeepers – a shining example of what things could be like. The local citizens almost relished their lack of station identity – they were a military Jump Gate, and they would fulfill that role, nothing more.

Judging from the feeds we have been able to connect to, many buildings look the same, in regocrete grey, with large the holo-signs claiming their purpose being the only way to tell them apart. The only exception is the residential area, but even then, structures are very uniform,  set apart only by their inhabitant’s decorations.

There is, obviously, a strong military presence here and they are strict in observing the law, but individual soldiers are friendly to residents and visitors (thus far only from the other stations of the system). Their identity as caretakers is highlighted during their training, and one can often see soldiers helping residents and visitors when they have problems. Of course, not all people look comfortable with the soldiers… 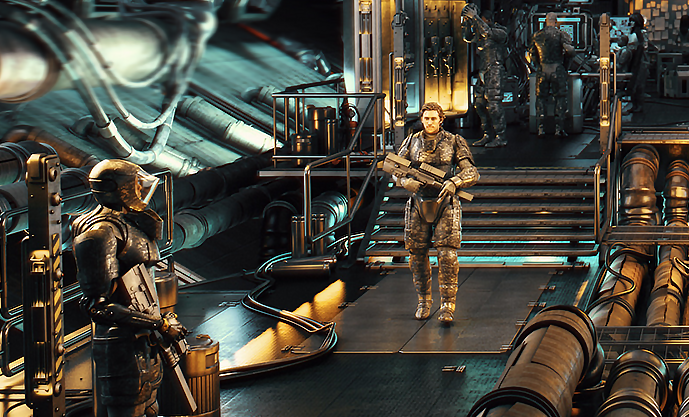 The station is otherwise clean and well-kept, with people lining up in orderly queues, folks are generally quite formal.

Following the Consortium ethos, there’s a prevailing feeling that as long as you respect the rules, uphold the peace and generally do things right, you’re free to do what you want. Many people in this station are here out of a sense of duty to the Consortium, trying to keep the jump gate running, protecting the system, and hoping Le Guin Stronghold will rejoin the Consortium peacefully.

In terms of entertainment, the station has adopted a love of e-sports from their ongoing (but some say begrudging) relationship with their neighbor, The House of Syria.

The chance to let off steam and promote team-building, while appealing to their righteousness and competitive spirit, has made e-sports a perfect fit for the Jump Gate. There appears to be a big tournament each cycle (set up by House of Syria technicians) which is a huge attraction, bringing people in from other stations and, we soon foresee, other systems, including many participants from Syria.

The military believes that seeing soldiers participate in the tournament can show civilians that everyone likes to unwind sometimes… But anyone watching the tournament can see that they still treat the game like a military exercise. We found that this, however, does not diminish its entertainment value!