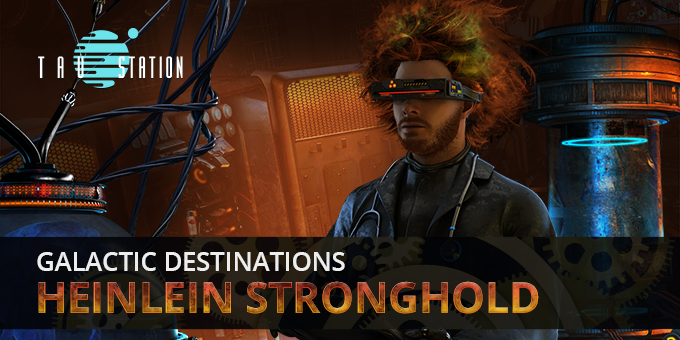 Today, the peddlers of Galactic Destinations have deigned to visit our most hallowed halls of Heinlein Stronghold. We of the Scientific Schismatics community, however, felt that they could no more do justice to our home amongst the stars than put together a properly constructed and syntactically correct sentence! We have, therefore, requisitioned production of this episode so that you, the humble listeners on the airwaves of the Mesh, may better understand the glorious work that is accomplished herein!

A legendary man of ancient scientific origin known as Robert Heinlein, namesake of our humble abode amongst the stars, is attributed as saying:

Here on Heinlein Stronghold, we hold this to be one of the highest truths. It is for this reason that the order of Scientist Schismatics was first born. The Scientist Schismatic is someone who feels that, currently, scientific endeavor is held back by the rules and red tape of so-called organized society. We have therefore eschewed the trappings of governments like the Consortium or Gaule Protectorate in favor of the unsanctioned lifestyle available under Freebooter rule (and I use the term in its loosest possible sense) here on Heinlein Stronghold. 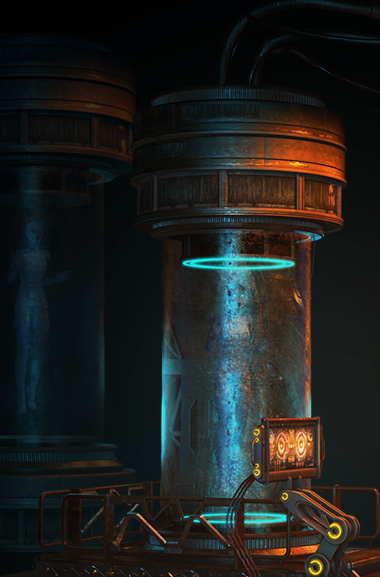 Freebooter ideology affords us certain freedoms and flexibilities that are simply non-existent under more official authorities. Here, we are able to research and experiment to our hearts’ content, in almost any scientific direction we could conceive of (that falls below an accepted threshold danger, accidental death and dismemberment, and so forth). And here within the Apples of Discord, this lawless philosophy is prevalent and enforced throughout!

The particular station of Heinlein Stronghold further aids in serving our agenda of research and development in that it was already a haven of science and technology Before! The station that orbits the planetoid known as Greta Thunberg that, in turn, performs a circumbinary orbit around the twin stars of Sirius A and B. Once, the station served to house vast research teams of the Consortium government that studied and performed research focused on the binary system.

After the system was liberated, Heinlein Stronghold became a beacon for freethinking scholars and scientists eager to utilize the powerful analytical and research technologies already housed on the station. A community slowly came together and soon the order of Scientist Schismatics was formed, vowing to pursue science unfettered by bothersome protocols and laws that hold back our former colleagues still laboring under governmental bodies.

The scientific community here does, perhaps, inherit some influence from the Freebooter ideology that permeates the greater population of the system. Often research is subject to competitive data attacks or good-natured altercations of a physical, and on rare occasion, deadly nature; but this only serves to add an adrenaline-fueled level of inspiration to a given project!

Finally, allow me to note that it is via a collaboration between the group of ‘hackers’ operating out of the House of Congo and ourselves that the system is able to maintain its happy (and somewhat smug) autonomy.  Original travelers arriving on Heinlein Stronghold post-Catastrophe noted that a number of probes originally meant for manipulation of small and superficial changes in the surface energies of the Binary stars could be altered to increase this output exponentially.

This, in theory, would result in a potential disruption of the binary orbit of the twin stars and result in catastrophic levels of destruction. Thus, the threat of mutually assured destruction serves to keep any governmental and military forces belligerently at bay!

Finally, to quote our station’s namesake once more and in closing:

“If you’ve got the truth you can demonstrate it. Talking doesn’t prove it.”