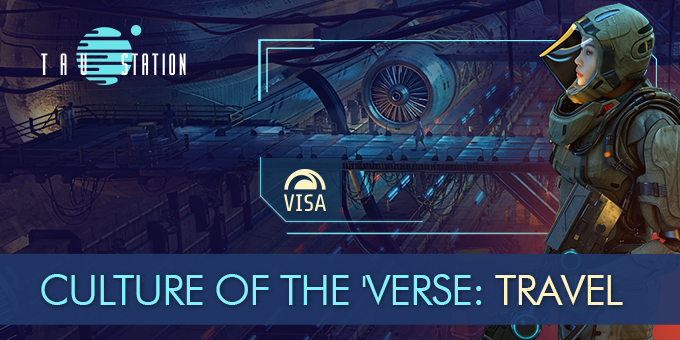 “Space is big. Really big. You just won’t believe how vastly, hugely, mind-bogglingly big it is.” Excerpt from a small fragment of an ancient Terran guide to galactic life found after the Catastrophe.

After the Catastrophe, what remains of humanity exists is space stations scattered around the galaxy. Space, it is said, is what now binds human civilization. It is the dark and murky sea in which we flounder, struggling to stay afloat in. It is what gives us purpose, bonds us together against a cold, zero-atmospheric foe that would wipe us out but for a few meters of corroded metal and ancient rock.

But we need it. Space is also our challenge, it drives us, lights the fires of our inspiration on how to survive it, traverse it, and even utilize it. It would be the death of us all, and thus we fight against it, stand against it, build our hulls to steadfastly protect us from it.

Space, it turns out, is, at least for now, our home.

From the musings of Maya Von Christova – Benevolent Dynamics

Space: Flying through it.

We are in a position quite unique to the history of our strange and eccentric little species. We possess science and technology which we know, by and by, how to utilize, but no longer remember why. Much of the research at Benevolent Dynamics is committed to rediscovering the workings of science from Before and space travel is, I believe, at the forefront of this research.

One of the technologies recently recovered and made available by Benevolent Dynamics is that of Quantum Telepheresis.

Quantum Telepheresis is the ancient science from the Before of transporting matter near-instantaneously through space via entanglement on a molecular level.

The scientists of Benevolent Dynamics spent many cycles reclaiming this old technology and, in 203 AC, made it available to all citizens of humanity once again, for a modest bond fee. Such travel is possible where both departure and arrival stations possess working quantum telepheresis terminals, usually found in the Local Shuttles areas of the Port.

Due to several factors including governmental legislations and resource restrictions, only organic matter and attendant personal possessions (e.g. clothing and carried items) may be Telepherised. Additionally, travel is restricted to journeys between stations of the same system.

Space: Floating through it.

From the notes of Dr. Horatio Lazbender – Benevolent Dynamics.

From a technological point of view, the bulk of existing Space Stations are built into asteroids and similar existing celestial bodies while a smaller number consist of completely engineered structures built from the ground up. It is presumed that building most stations into asteroids provided the maximum amount of structural integrity and protection from the elements of space. Power is derived from immense reactors that run efficiently and, by and large, automatically. Water reclamation is also present in almost all stations but is, obviously, not an efficient manner of producing an adequate amount of drinking water. It sufficed, barely, for the emergency situations that we found ourselves in after the Catastrophe but, thankfully, now ice mining has begun to resurface as a viable method.

Jumpgates are a unique type of space station. The technology that powers a jumpgate is not currently fully understood. Jumpgates are stations built alongside what appear to be established and stable Einstein–Rosen bridges that allow for safe travel between two fixed points in the galaxy. It is not currently known if we possessed the technology Before the Catastrophe to engineer these phenomena ourselves, or whether we harnessed naturally occurring bridges and built the gates around them.