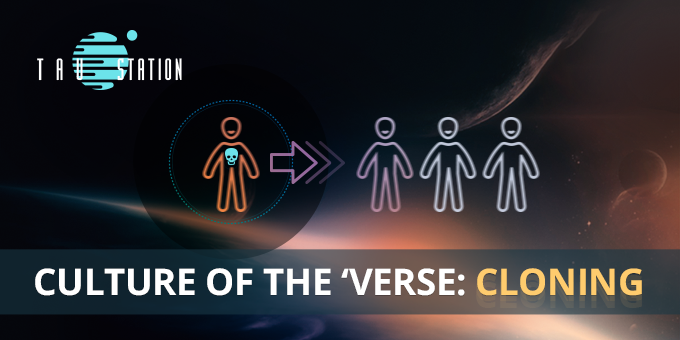 Greetings to all you crazy cresters of the CORETECHS and magnificent mesh maniacs out there! New series coming your way to inspire and illuminate, tantalize and titillate!

We’re going to spend the next couple of segments, and many more down the road, discoursing the various aspects of culture from around the ‘verse. It’s been a fair few cycles since the  Catastrophe and, when we ain’t looking over our collective shoulders, wondering if there’s another, we’ve actually been living! We just didn’t know we were.

So, once a tenspan or so, we’re gonna take a breather from all that smog and drama and sit back and see where we’re at, culturally speaking!

And today, we’ll be taking a gander at cloning!

It certainly is a funny old ‘verse. Story goes that an age or two before Before, folks used to be terrified of shuffling off that pesky old mortal coil. Today, not so much! I mean, sure, you have to spend a pretty credit or two thousand, but you can buy yourself a nice, spanking new body to upload right back into should some plasma foil feedback loop fry that pretty face right off before you were good and ready.

Course, it sure ain’t for everybody mind. Prometheus folks over on Daedalus station reckon you got one life to live and anymore is just plain old cheating. They strongly oppose any tech associated with cloning and some even go so far to shun any folk that have been known to be cloned. There’s even some that associate Prometheus with certain terrorist activity that targeted a number of cloning centers some time back.

Now other folk? They take to the whole situation like mass to a gravity well! Down on Paris Spatial, there is a particularly recent trend of art that involves increasingly creative ways of offing oneself and then uploading into a nearby clone in time for the applause! Now I ain’t one to judge, but as far as entertainment goes, I find that particular kettle of plasma coils just a might grim for my tastes.

The corporate front ain’t been slow on the uptake either ‘course. Been a fair amount of cycles where a number of corps, now really gaining traction again after the Catastrophe, have been instituting a clone clause. It applies to all employees whose job description is above a certain acceptable risk threshold of death and/or life-altering dismemberment. You can imagine this don’t sit well with employees of a Promethean persuasion of course!

Let’s not forget that there’s a fairly strong correlation between genotype functionality and cloning as well. Quite often some folk (if they got the credits, or at least the backing of a corp with the credits) will upload into a new clone so as to take advantage of a different genotype, depending on what’s needed! 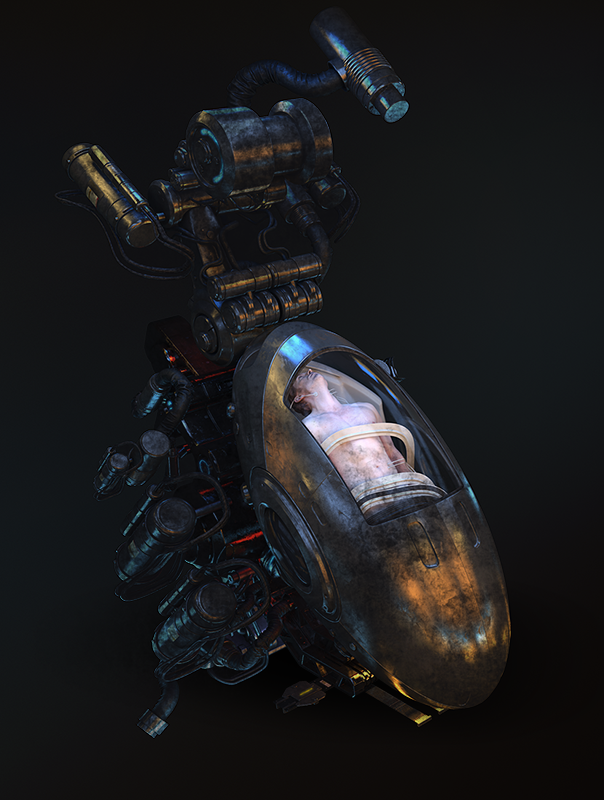 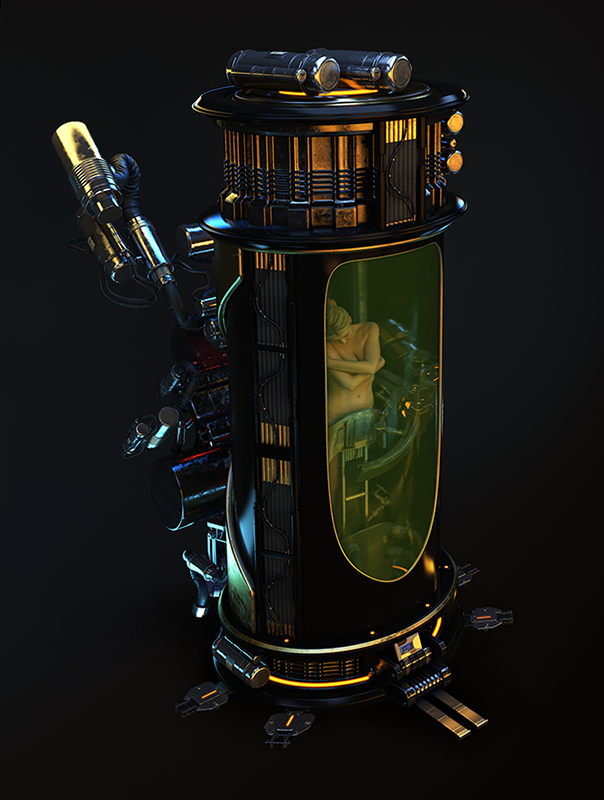 And finally, and perhaps with an appropriate note of finality, we note that cloning only ever saves us from non-natural deaths. Thus far, nobody ain’t found a way to extend the course of their natural lifespan. All your genetic code and DNA are uploaded via the Amygchip entirely as is, including the age of all your cells! We can change the outside to no end! But there’s no messing with the inside..mostly.

That’s our segment on cloning done, hope you folks enjoyed our delve into the culture of cloning round our corner of the ‘verse. Y’all stay safe and feel free to write in with any other cloning related quirks you might discover on your travels!