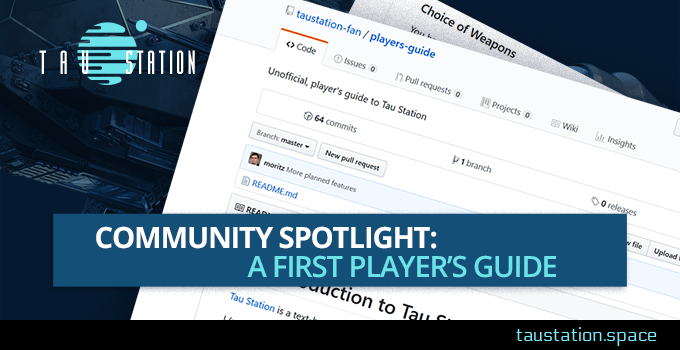 Tau Station is happy to present the very first “Community Spotlight.” This series is dedicated to remarkable activities coming from you, the community! If you haven’t already, you might want to visit the “Player’s Guide” created by moritz, which is supported by a few other very active and experienced community members. Thank you, all!

A Player’s Guide on GitHub

Moritz was one of the first players who joined Tau Station, as he took part in the Closed Alpha Test. Together with other Community members, he became one of the most active and supportive testers. Very soon, he started to document several aspects of the game for himself. This was the starting point of something that has evolved into a very useful Player’s Guide. With the start of Open Alpha you might have spotted that a special link has been shared quite often with new citizens in the chat. It is also remarkable that the project has become a close cooperation of several players supporting the GitHub site: a big “thank you” goes also to our community members Dotsent, Perleone, and Shadow. We are happy to have you on board!

Have a look at the Player’s Guide: https://tauguide.de/

It explains all the basic features of the game, such as the financial system, your character’s stats & focus and how to improve them, rations, and what you can do, like missions, side jobs, and more. The guide also shares some very useful tips and strategies coming right from these top-level players. So, check it out! 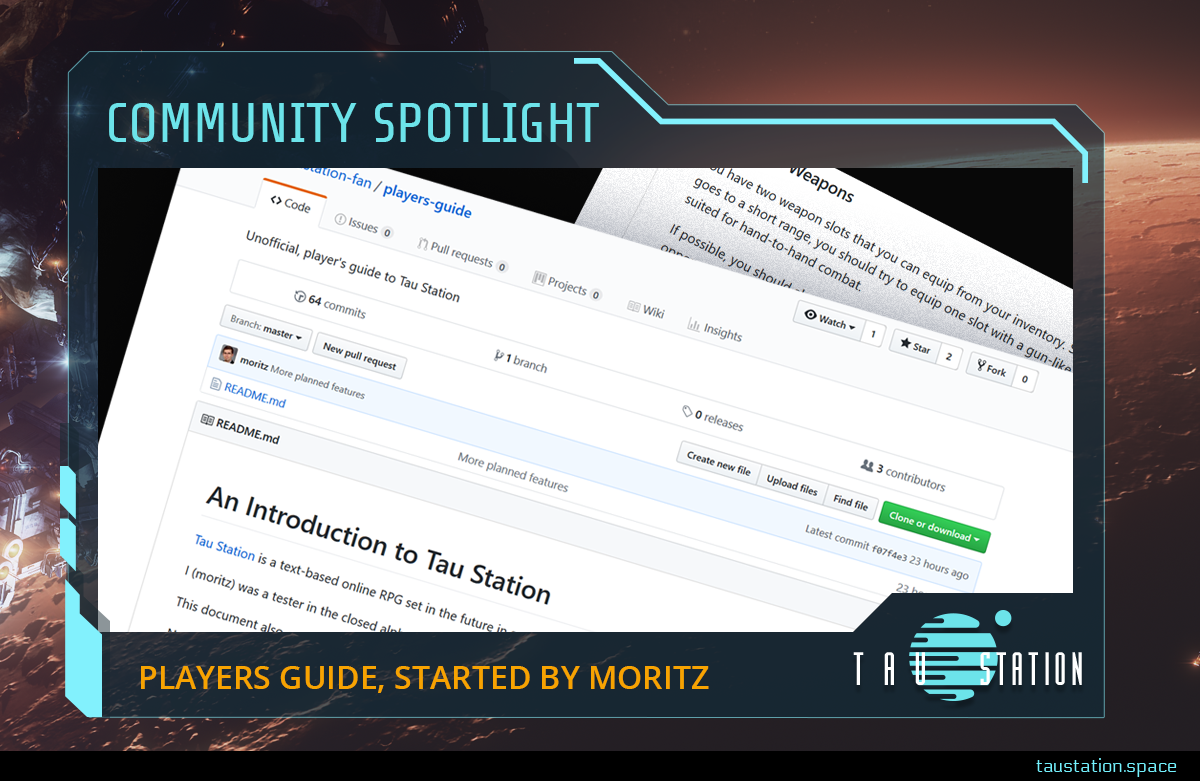 The fan site is used frequently by many Tau Station players and to honor the work of this team, new items of tier level 3 have added to game with the first content update in July: the Shreadhand of Moritz, the Stealth-Step of Shadow, the Pointmaker of Perleone, and the Silenced Song of Dotsent. 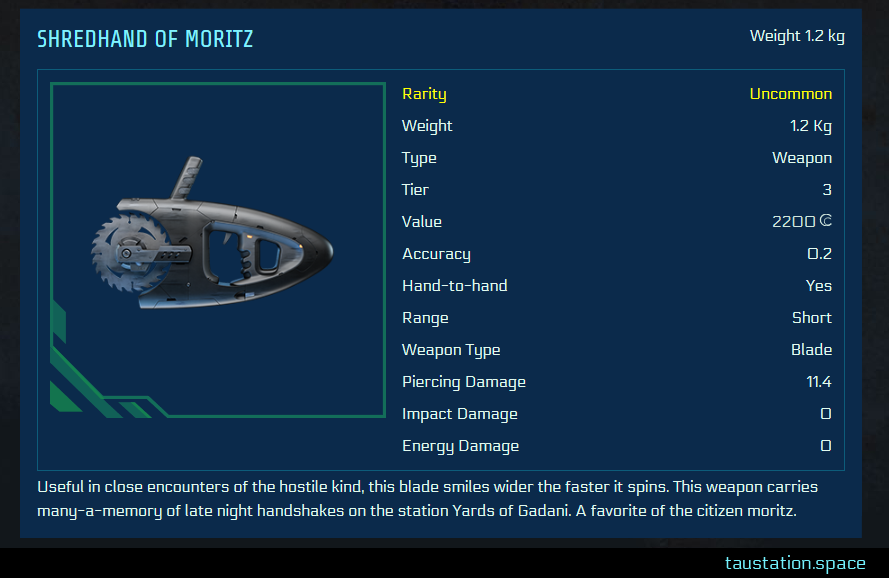 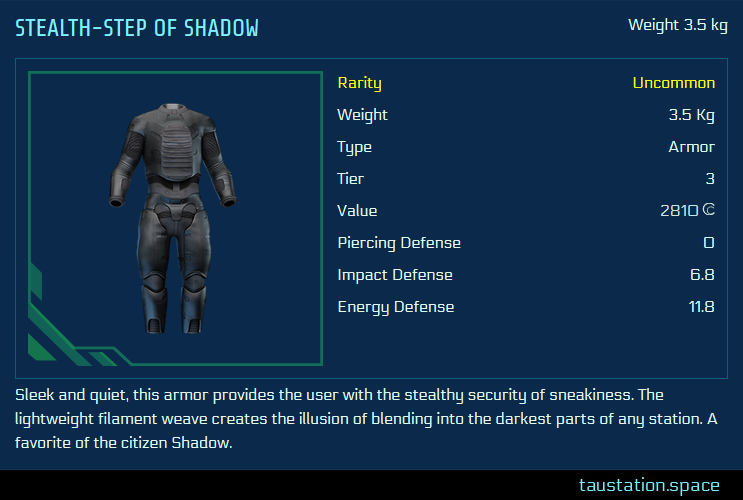 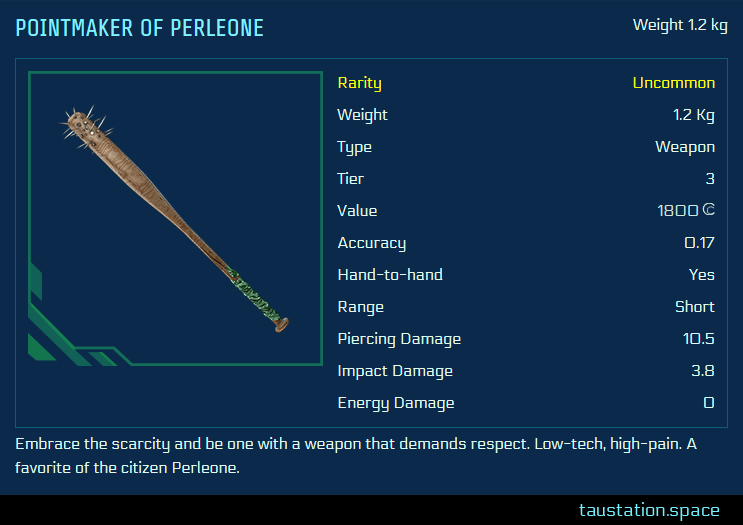 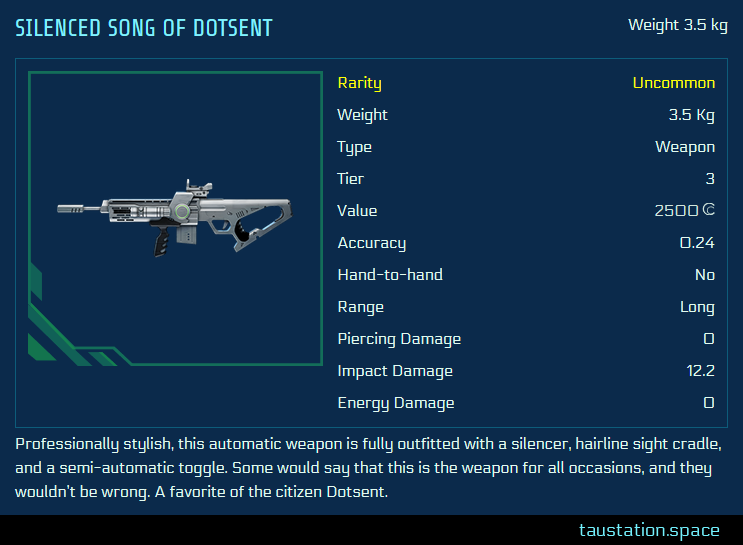 What is Community Spotlight?

From now on, outstanding contributions by Tau Station’s citizens which can be pictures, texts, or in general helpful, creative, charming or funny activities, will be highlighted in our new “Community Spotlight” series. It will happen intermittently, when something special comes to our attention. Everyone is invited to share their own creations or others that you’ve spotted. Simply get in touch with our Community team. The Tau Station team will choose candidates, and as a matter of respect, they will be contacted by us beforehand. Only if a candidate agrees to be a Spotlight winner, will their work be presented.

Spotlight winners get rewarded. The ways can differ and the team will always ask you if you agree to our suggestion. With one of the next content updates, you might spot the names of Moritz, Dotsent, Perleone, and Shadow in the game ^^. On top to that, a special Community Spotlight game feature is planned for later in order to focus on bigger feature updates now, first.

Rewarded contributions will be presented with an according picture showing the screen name the winner is using in Tau Station (Social Media mentions are only used if the winner requests it or agrees to it). Community Spotlights are communicated on our official channels like this blog, Facebook, Twitter, forums (later). In case of content such as artwork, the contribution will be stored on our servers to present it.

Everyone can participate! All you need is a regular game account. 3rd party rights must be respected (candidates assure that) and underage players must get their parents’ permission.