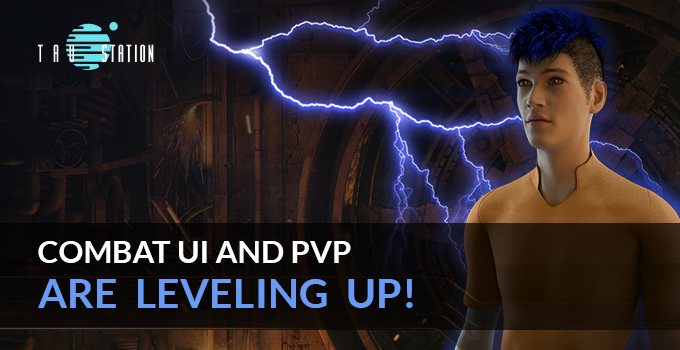 Today we’d like to share some insights into improvements on combat. We’ve been working on global UI polishing and are now touching up our combat system. In parallel we’ve been working on the core combat system itself, adding new functionalities and following your wishes of more interactive PvP! Read on for an impression on what we’ve been aiming for; we look forward to your feedback!

You asked for a feature that empowers you to jump right into a fight in case you’re online while someone is boldly trying to beat you up.

In the future, a pop-up will inform you of a hostile attack, including some basic information about your opponent. You have limited time to make your decision: try to flee or initiate interactive combat. If the timer expires, the system will take your part in the fight just as is the case right now. How much time you’ll have precisely is still a pending balancing decision for now. 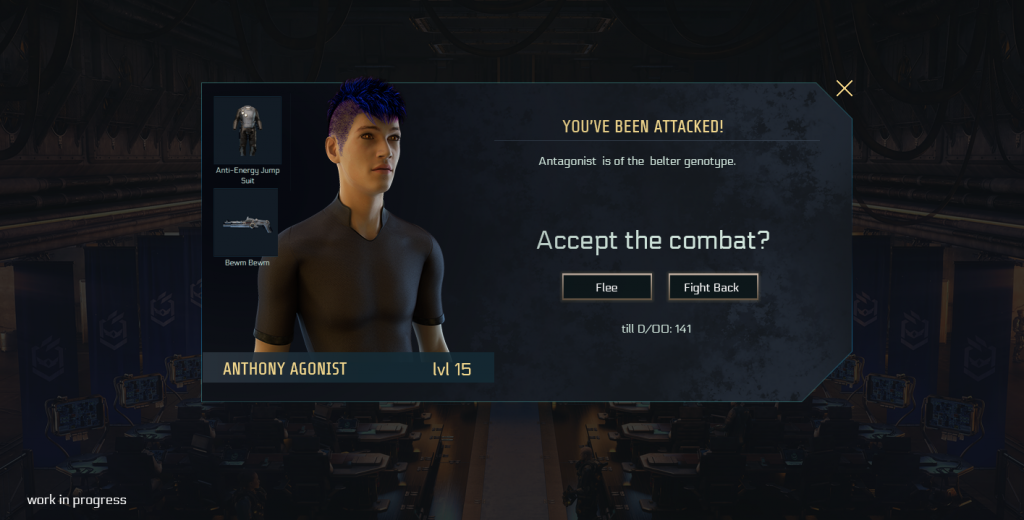 Similar to prior UI changes we did for the CORETECHS, new storage management, archive or forums, PvP will also benefit from our landscape design (full-screen).

New interface elements will indicate the damage type that had the biggest impact, a helpful detail if you try to optimize your gear against a specific opponent. The battle log will be transformed into an optional feature as the direct effects on stats are now shown right on each players avatar. Also new are icons prompting item usage like the consumption of stims.

The counter until guard arrival is positioned at the top of the new UI and if you have a closer look at the screenshot, you will find a second timer in the middle. If an attacked Citizen decided to defend themselves, it’s interactive combat! The countdown in the middle shows your remaining time to finish your turn. You need to act in this given time frame, otherwise you will not do any actions on that turn.

As we’ve been touching the interface and combat system, two new options extend your strategic possibilities in combat: rush and retreat. Once you learned new skills that unlock these options, you have the chance to change the combat distance! Successfully rushing to your enemy engages close range combat while retreating extends the distance again, forcing the battle to take place at a longer range. 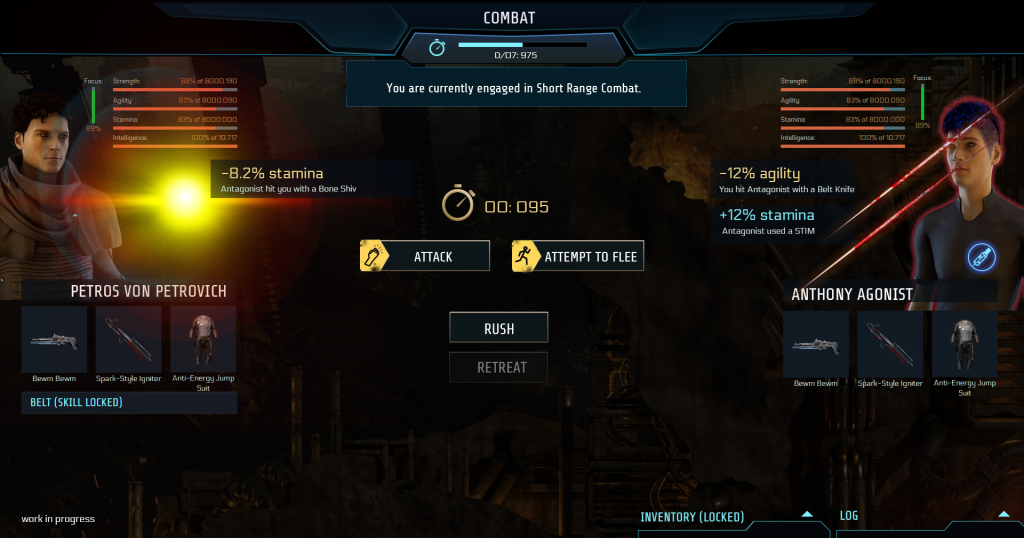 A pop-up with a countdown indicates that it’s your opponent’s turn. 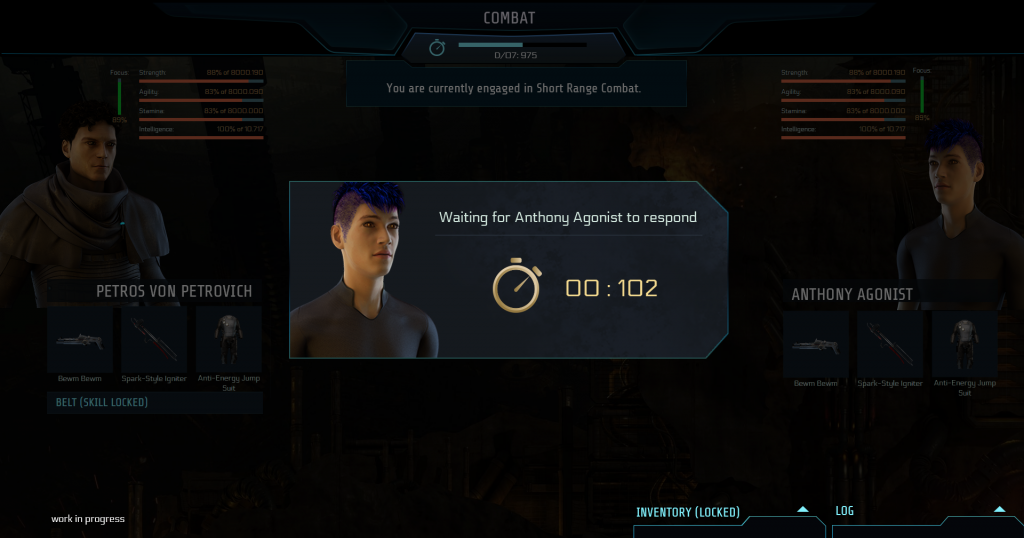 The mobile version will also benefit from the new interface, but this comes with the important layout change by 90° to landscape view as well. With the exception of a few details, the UI is quite similar to the desktop version and most importantly, you’ll be able to enjoy interactive combat on mobile devices just like on desktop! 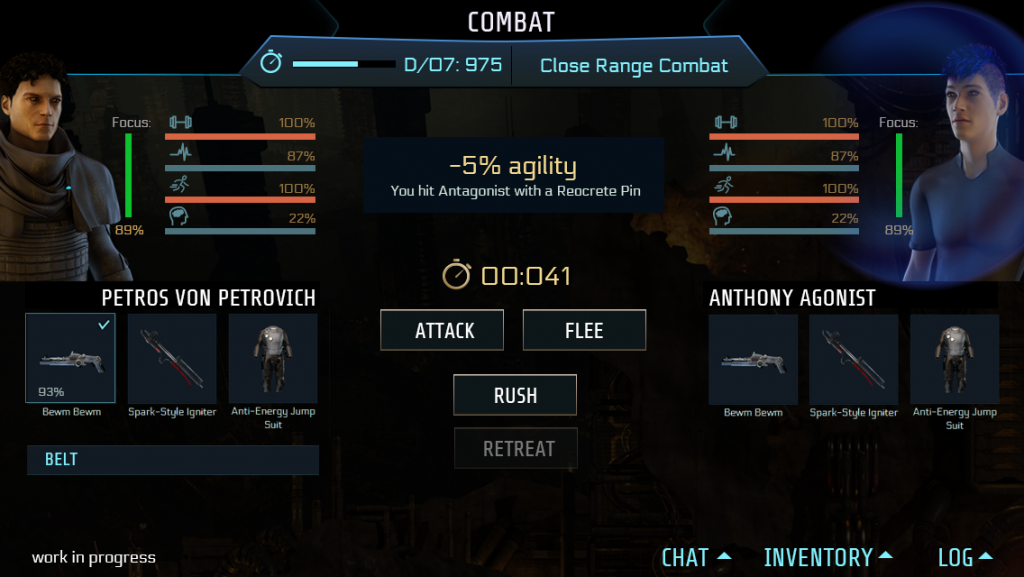 The UI refurbishment also comes with brand new presentations of the results. Besides XP gain and potential reputation changes, a new counter dedicated to PvP fights will pay respect to all your PvP victories.

As usual, the winner can either loot or simply leave the battlegrounds. Interactive combat contains an important addition: now, you as a defender  get a chance to claim a reward at the end in case you’re attacked, but were able to successfully defend yourself! 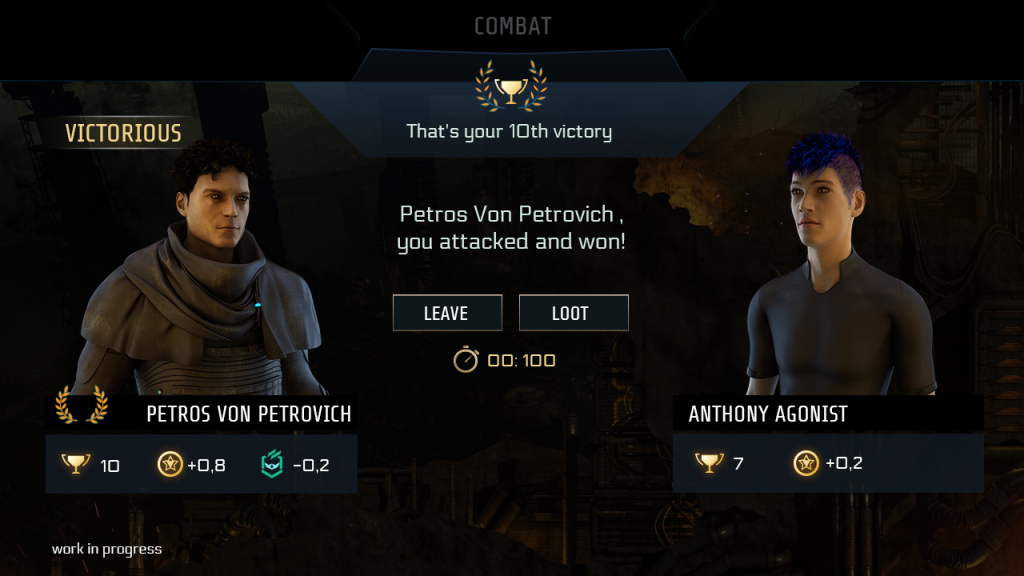 Another outcome, maybe less preferred one, is losing a fight. In this case, you’re lucky if the current station has a Sick Bay. 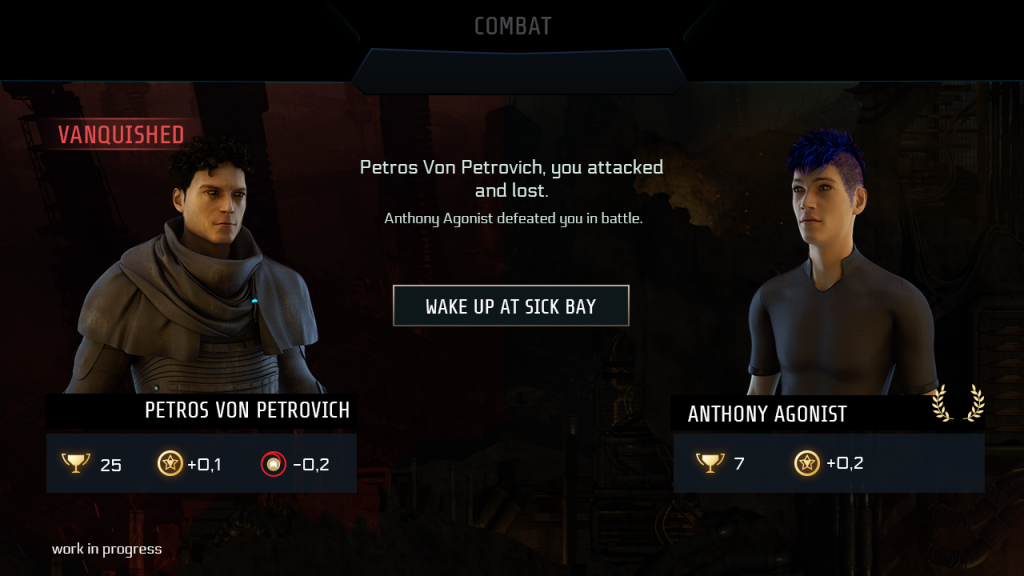 The mobile version of the victory screen:

After a victory, you can loot your opponent and steal some credits off their wallet.

Letting your enemy go away without insisting on the right of looting is awarded with some extra experience; for some Citizens a useful strategy to level-up faster.

There are several scenarios when you get attacked while not joining interactive combat. But you’ll still get a pop-up informing you about the result of the fight. 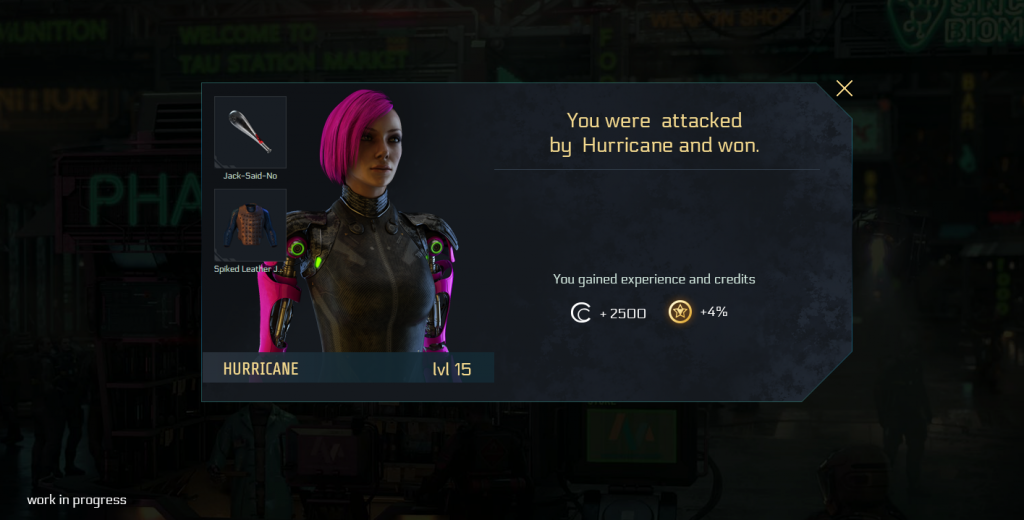 There is no precise date for the release yet, but we’ll inform you in time as usual. PvP is just the starting point, other fights will get improved as well, but with several variations according to requirements.

We hope you enjoyed these insights into the current UI and combat development and are looking forward to your comments!