Any civilized society has always created rules to allow people to live together, and those who don’t respect said rules are punished for their crimes. Yes, you guessed it: in today’s Tip of the Day, we’re going to talk about the Brig.

In Tau Station, the Brig is where you are sent after you commit a crime, such as making false security reports or starting a bar fight. Why anyone would want to do that, you say? Well sometimes, in order to get things done and climb their career ladder, one must commit a crime or might have to do something the station’s authorities see as a crime. In a post-apocalyptic world, nearly everyone with the will to survive can find themselves in conflict with the authorities once in a while. Depending on multiple factors, you will have to stay a certain amount of time in the Brig to serve your sentence. Those factors are the gravity of your crime, the Law level, and the Orwellian level of the station. So, do your best to not get caught!

The Law and Orwellian levels can be found in the Government Center of each station, and they represent the severity of punishments for crimes and the level of surveillance respectively. A high Law level leads to longer sentences in the Brig and a high Orwellian level leads to higher chances of being caught when performing an illegal task.

A high Orwellian level doesn’t mean that you will always be caught by the guards (except in Tau Station, where they are VERY zealous), however. Did you ever wonder about all the cameras you see around a station? Security is using them to monitor everything you do, but you could always try to disable them in a zone before doing anything underhanded that you plan to do there. For example, attacking the gun vendor. It’ll be harder for the guards to spot you, but be careful, someone could repair the cameras while you’re attempting your nefarious task.

Assaulting someone is something strictly forbidden by the governments in the Tau Station Universe, and if combat breaks out somewhere, the good citizens of the station will certainly inform the guards of what is going on. From this moment, it will only be a matter of time before the assaulter is sent to the Brig.

Once you’ve committed your crime -you immoral villain, you-, got caught, and have been sent to the Brig, you will still being able to escape the law. Bribing the guards or hiring a lawyer will reduce the time of your sentence. Conversely, some people might want you to stay longer in jail and take actions on their own, like bribing guards to lengthen your stay. Luckily for you, guards can’t keep you in there forever, so don’t worry too much.

Now that you are aware of all of this, are you still eager to try to commit a crime? Or do you prefer to punish people that do so? If it’s the former, there’s a chance we’ll see you in the Brig! 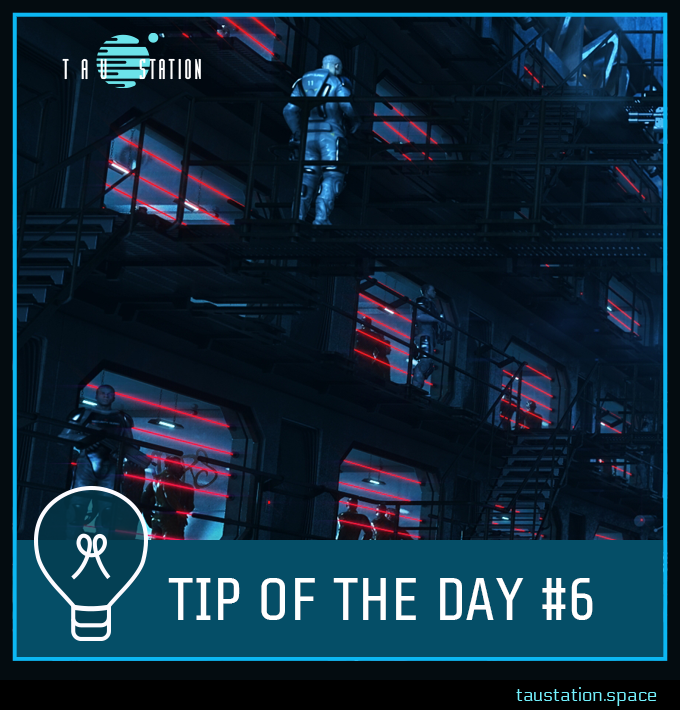