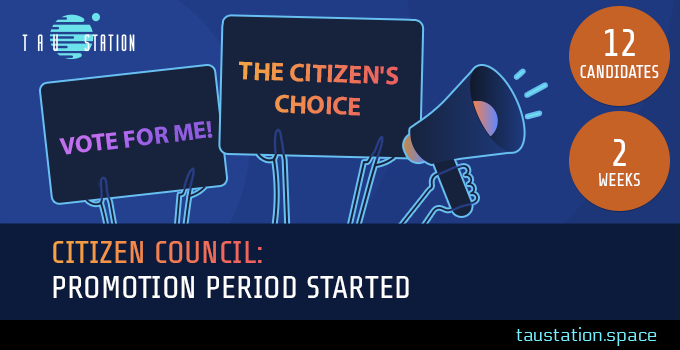 We’re coming closer to the first Citizen Council election in Tau Station! The verification of applications is over and we’re happy to start the final phase before the elections happen on the 15th of March 2019: in the next 2 weeks 12 candidates will present themselves to the Community.

The special announcement from January 31st explains the role and organization of our new Community institution. In a nutshell, the Council will work quite closely with our team with the ability to raise topics for the Community in regular discussions and meetings. The foundation consists of 4 steps: the submission period is already over, and we verified the candidates in step 2. Now phase 3 has begun: during the next 2 weeks the candidates present themselves, so feel free to get in touch with them! 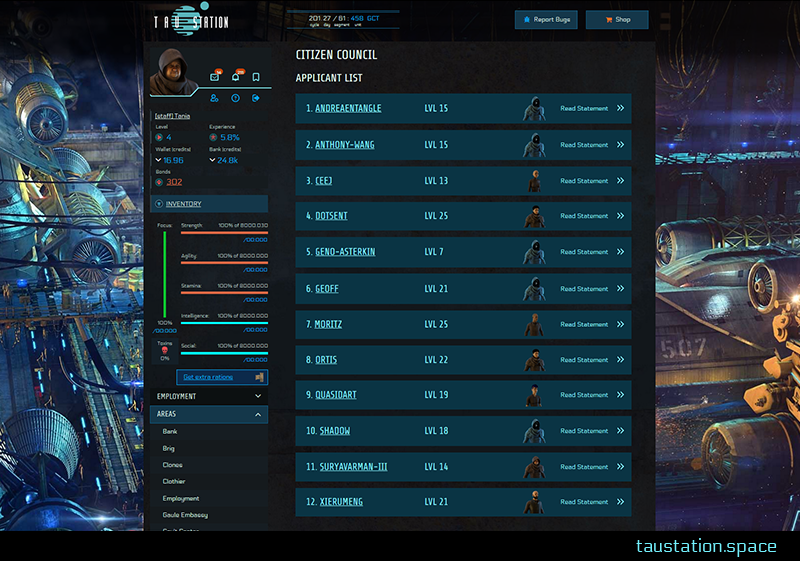 Election on 15th of March

Over the next 2 weeks and parallel to the CORETECHS, we will also present you all 12 candidates via the blog, in order of their application e-mails. From a total of 14 Community members, 12 candidates sent their data and promotion texts and thus finally made it into the promotion phase.  We begin today with the first 2 out of 12 Community members who want to become members of the first Citizen Council: Dotsent and moritz. 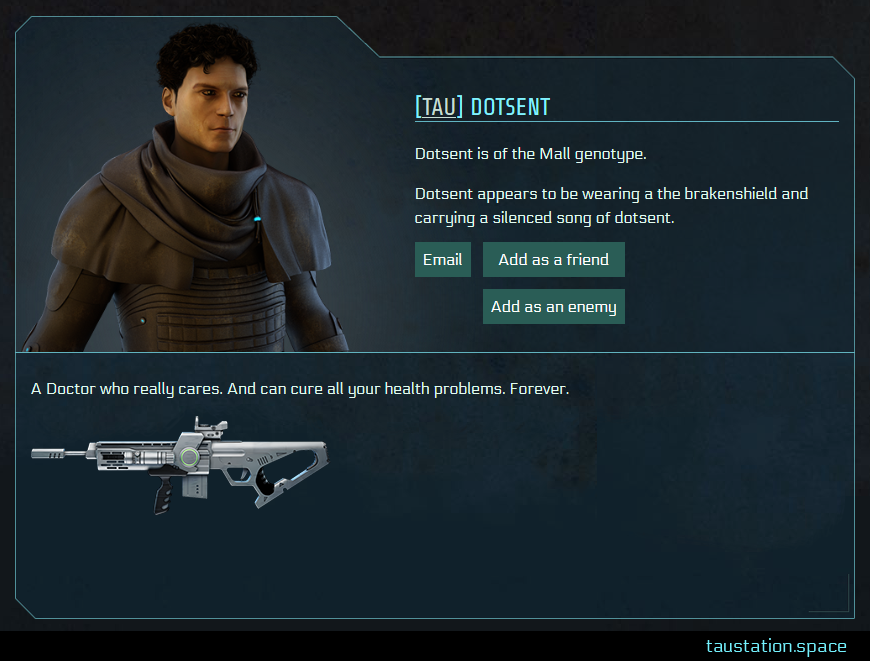 Hello everyone, I’m Dotsent and I’d like to nominate myself for the first Citizen Council.

I’ve been a citizen of Tau Station since the old days, the ones known as “closed alpha stage”. Over time I have contributed significantly to the bug reports and feature suggestions, and also to other community projects, such as TauGuide and userscripts. Over the last several cycles I’ve been always active in the Tauverse and I would like to be able to contribute to the universe I love in even more significant and direct way – by joining the Council.

My main strong point both IRL and in my online life is the ability to find the compromise and organize the others. I enjoy analyzing problems, collecting different opinions, adding my own into the mix and synthesizing a solution that would satisfy everyone involved (or at least the majority). I’m also very phlegmatic by nature and I can keep my head calm in any heated discussion.

As a Council member, I’d like to, first of all, work on possible improvements for the current PvE and PvP combat mechanics. I think that the current mechanics, while working to a significant extent, can still be improved (I have voiced my biggest concern here on the forums).

At the moment I’m already spending quite a lot of time in Tauverse (minimum 5-10 segments daily) and I expect to have enough time to contribute to the Council efforts.

If you have any questions for me – I’d be happy to answer! 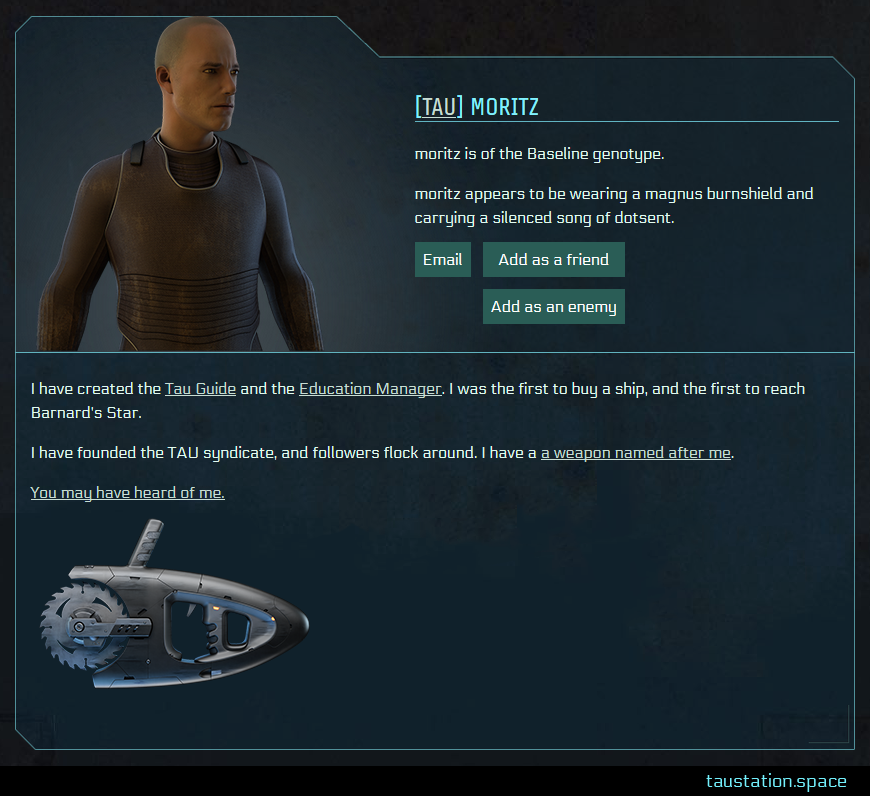 My name is moritz. I’m the author of the player’s guide and the founder of the Tauverse Adventurers United syndicate.

In the player’s Council, I want to assess and discuss player feedback, and judge them based on fun, balancing, accessibility and fairness.

I also have strong opinions about which problems should be fixed, though I am fairly open about the way they are fixed. They are:

Currently, physical stats have roughly linear influence on combat competency. A player dedicated to training his stats above all else can thus expect to win every single combat, causing lots of grief for other players.

Moreover, new players have no chance to catch up, since the rate of stats gains is limited by game mechanics. If a griefer continues to train his stats at maximum velocity, a new player can never overtake.

I want a game and combat system with the following properties:

I am not particularly attached to any solution, but here are some approaches:

I believe there is room for a few features that would be relatively simple to implement, but would improve many player’s experience quite a bit. Here are some ideas for quick fixes: