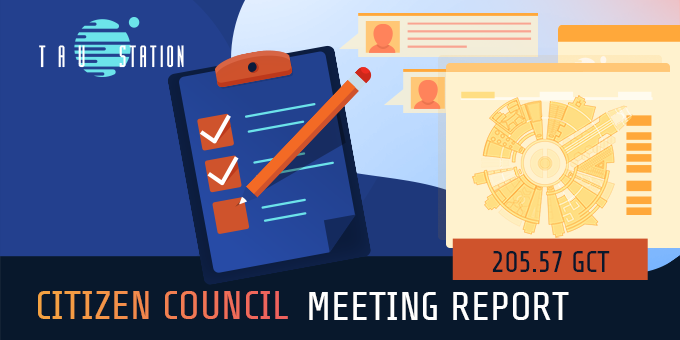 For those not familiar with the Citizen Council, Tau Station collaborates directly with our citizens (players). The citizens elect council members to represent them and they have regular video meetings with us to share citizen feedback. The council members also have access to a test server to help preview upcoming features. This has been invaluable in terms of building great communication between the development team and the players.

The meeting lasted 6.25 segments (90 minutes)! Most council members were able to attend while the Tau Station team was represented by Leila, Curtis, Pete, and StarGazer.

The discussion revolved around necessary work to prepare Tau Station for a full launch near the end of the year. We’ve been focusing on user interface and design. Another front-end expert joined our team, working on animations and reducing the need for scrolling on missions, both of which will bring a more dynamic, interactive game experience.

The front-end work opens up new UI possibilities, such as a map for navigation. Some of you wanted a home button and some a quick access button into your hotel room. All this will be part of the new map. 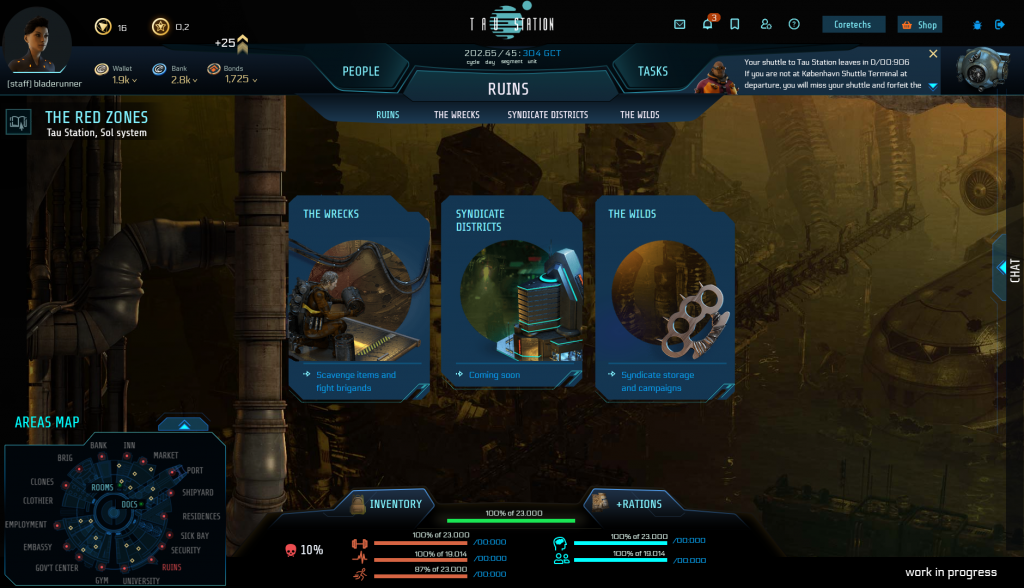 You’ll navigate with a single click. The outer dots give access to the main area while the inner ones instantly bring you to rooms in those areas. No more click-click-click to get where you’re going. 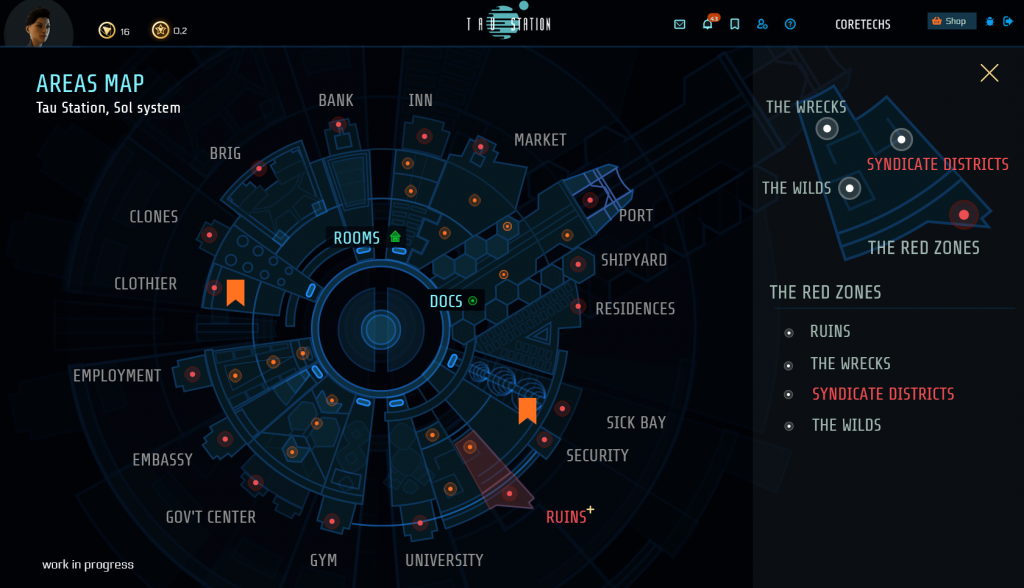 You can also enlarge the map. Clicking an area’s name opens a detail view. Another benefit is the indication of mission steps by action flags. We are quite proud of the work and the council was impressed. They want it yesterday.

The team has also been doing work cleaning up the backend and we can now send messages interactively instead of just for the area you’re in. For example, little messages in syndicate campaigns will help you to see what is happening to your friends in the campaign no matter where you are. Even in the combat screen you’ll see what others are doing.

And speaking of combat, there have been several bug fixes and general clean-up of the code. We are also starting to implement new UI improvements for combat (here’s an early sneak peek).

You asked for it and we didn’t forget about it: we started working on music! We’re very proud to be joined by an award-winning composer specializing in movie scores. The first music will be for combat. When we’re ready to push the big combat update—hopefully by June—we hope to have the music ready.

Also our narrative team welcomes a new colleague to help design all the missions, side jobs, and background story. One of the major efforts is the core mission in which, over time, you learn more about the Catastrophe. Every Citizen will have a summary of what they learned in their personal note book.

Plenty is coming, but now we’re fine-tuning our infrastructure before the launch. Before opening a new system for high level players, we’ll add some content for the tiers in between. We’ll also try to give you one more system, for tier 6, before the big push happens. We continue to improve the journey for all the new players who will join us soon. A lot is coming: music, improvements in combat and discreet work, new animations, and new navigation.

The meeting was very relaxed and the council was very supportive of our efforts to focus primarily on infrastructure and front-end instead of major gameplay features. We, in turn, have been very grateful for the council’s support. They sometimes know the game better than we do!