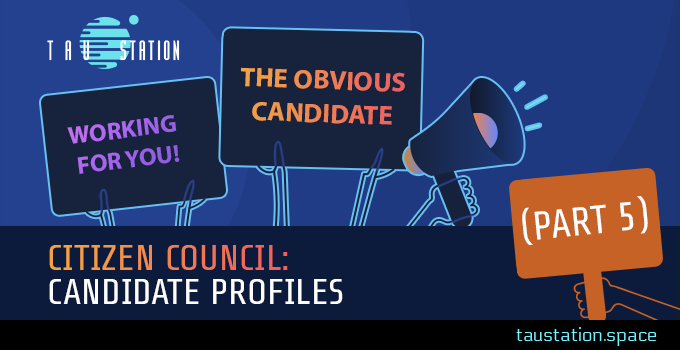 The first Citizen Council election is fast approaching! In the meantime, we still have 4 more candidates to present for you.

In this second-to-last article, we’re happy to share the statements of our valued Community members Ortis and Xierumeng. As a friendly reminder, please use the opportunity of getting in touch with the candidates via chat or in-game message. 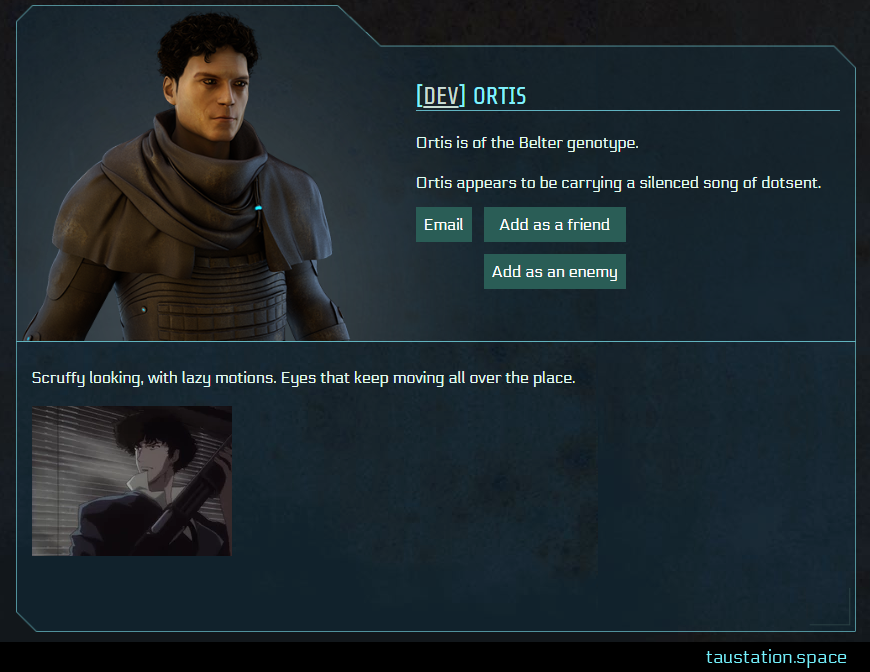 I want to be on the council to bring a gamer voice.

My main interests are in the economy module and the fairness of the combat. 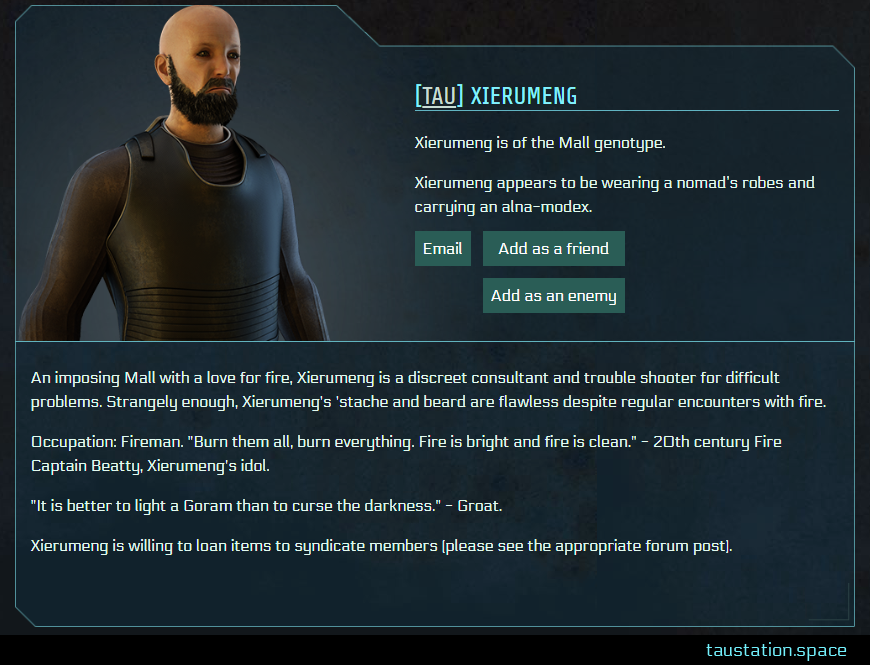 I am a Canadian university student playing Tau Station since April 2018. What originally led me to this game was its text-based role-play and its promise of realism (i.e. following the laws of physics). When I joined, I was surprised and impressed by the richness of the world, with many descriptive areas, characters (both players and NPC’s), and items, as well as the welcoming community. I am also pleased that the game is accessible to the visually impaired, allowing a greater population to enjoy Tau Station. During the course of 10 months, new features such as private spaceships, syndicates and campaigns, and new systems to explore were introduced, thanks to the wonderful staff team. In the future, I expect even more exciting things to come!

As a member of the Citizen Council, I will be representing you, the players, to the staff of Tau Station. Both present and future will be discussed during meetings. I promise to:

There are several specific items that I would like to address:

Of course, this list is not exhaustive. What do YOU want to see in Tau Station?

Vote for me (please)!

The Citizen Council is a new institution of your Community with elected members who will have frequent meetings with the staff team of Tau Station. This way we can discuss topics, priorities and share insights into both directions. All details can be found in the recent announcement.

The current promotion period will end on the 14th of March, end of day (201.41/00:000 GCT). The election is then conducted on the 15th of March. You can also find the list of all 12 candidates, including their statements, in the CORETECHS – Citizen Council.

List of the candidates we introduced earlier in this series: