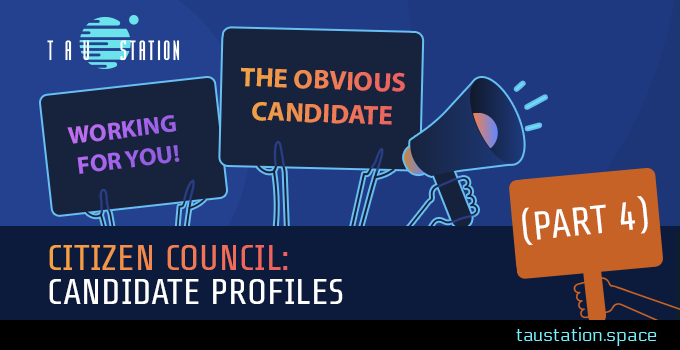 Two days have passed since we presented the third batch of candidates for our Citizen Council. It’s now time to introduce two more interesting applicants who would like to get your vote(s) in the election on March 15th.

In today’s post, we present the statements of two experienced Citizens: Suryavarman-III and Anthony-Wang. 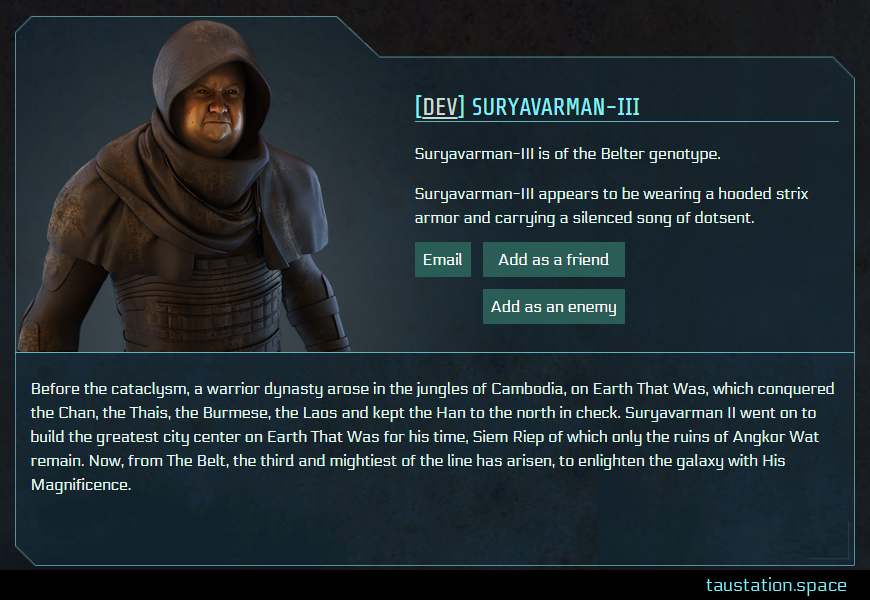 An institution more powerful than The Consortium, The Gaule Government, The Freebooters and The Independents has decreed that a new Players Council should act as a sounding board or buffer between Them and The Players – i.e. us. What this implies has not yet been determined but we may assume that their intentions are divine.

I humbly present myself as a candidate for said Council above, fully knowing that I am placing my free time and playing career at risk in the hope of providing some betterment and enlightenment to you – the playing public and my beloved future Subjects.

This simple yet deeply nuanced game has garnered my Royal Attention for a few cycles and has provided a welcome distraction from the drudgery of SOL in general and real life in particular. I can only hope that you, my fellow travellers share my enthusiasm for the game as it is and the game as it may become.

Many of the Honourable Candidates for this office have multi digit stats, 6 digit bond balances, affiliation reputations to die for and the ultimate of status symbols – a private shuttle to carry them from bar to pleasure station. Some of the Honourable Candidates have made invaluable contributions to the external documentation, provide untiring help, gifts to new players and lend their names to cutting edge weapons and armour. These deserve a place on the council – but should the council consist solely of the experienced and the privileged ?

I have not forgotten the lonely dark nights, shuffling from station to station, unable to afford a room at the inn, selling my rations to pay for my university education and the sysiphus tasks scrubbing clone vats or smiling at new arrivals for a pittance. I am also no stranger to the long segments of contemplation in the brig or sick bay after yet another humiliation in the sewers. Yes, despite my Royal Heritage and Imminent Destiny, I am of the common, lower tier and struggling masses, a vote for me is a vote for yourself and your tier.

We are the silent majority.

I have no entrenched agenda for the future of the game, my mission as a Council Member is to listen to You The Players and present your wisdom to the advisory bench. Broadly speaking, I support a free and open trading system, expansion of the ship options (freight, passenger etc), free university education for all (actually, the university fees are ok, but it’s still a great election faux promise), harder punishment for noob bashing (this may have been a typo) and the possibility to band together to invade isolated Gaule systems. As a member of the DEV syndicate, I will honour the common goals of my syndicate but resolutely avoid the snakepit of factional politics. Unless it suits me of course.

Membership in the council will not turn me into a saint. I may still be inclined to (try to) attack you if I’m in a bad mood, please don’t take it personally. I have been known to bribe sick bay personnel after an attack in a moment of altruism, some of you may have already experienced my Beneficence.

There is nothing to be made great again here, but much to made even greater. 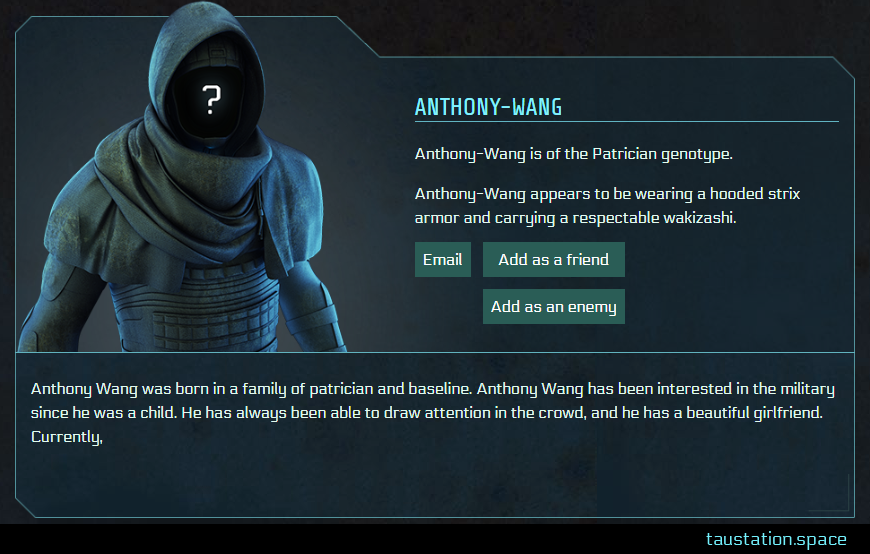 I am a space science fiction game fan from China.

Tau Station is the second internet space game I played, another game is the Elite: Dangerous. There was a time when Tau Station was logged on TAPTAP (a Chinese games recommend platform) and was known by Chinese players.

Due to the English environment and there exist some difficult to register Tau Station account by using a Chinese email account, fewer and fewer Chinese players have access to the game.

I hope I can help Tau Station translate the web page and let more and more Chinese players know Tau station. There are lots of Space science fiction fans in China.

The Citizen Council is a new institution of your Community with elected members who will have frequent meetings with the staff team of Tau Station. This way we can discuss topics, priorities and share insights into both directions. All details can be found in the recent announcement.

The current promotion period will end on the 14th of March, end of day (201.41/00:000 GCT). The election is then conducted on the 15th of March. You can also find the list of all 12 candidates, including their statements, in the CORETECHS – Citizen Council.

List of the candidates we introduced earlier in this series: