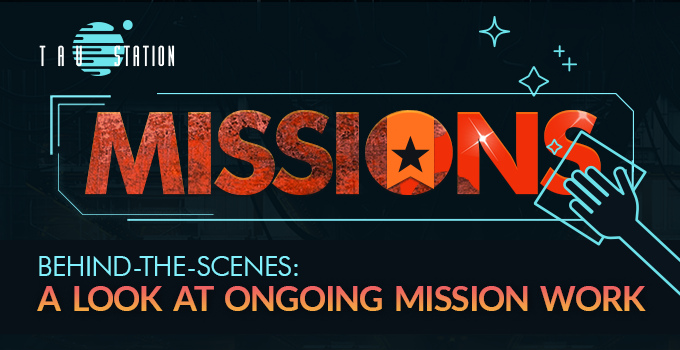 Attentive Citizens will already know that our narrative team has been working hard on missions recently. The work involves updating existing content and developing a new series of core missions. Read on to find out more about this work on one of our main narrative features!

We’re currently busy reviewing and updating many existing missions, with a lot of the work already complete for Sol system. Here’s a little explainer of what we’re up to, and why.

More and more (lore) for Citizens!

The lore of the Tau Station universe has grown a lot in recent cycles, with many new NPCs, stations, technologies, organisations and corporations added or updated. Much of this can be accessed via the updated CORETECHS feature. But we also want to make sure it’s present in our missions as much as possible.

So, we’re revisiting older missions to enhance their use of Tau Station’s latest lore. The goal is to make things richer and more immersive for you. An example of this might involve adding simple references to something like Quantum Telepheresis in a mission’s dialogue. Or it could be more substantial and involve additional story branches facilitated by the newly-added tech.

‘Symposium of Souls’ on Taungoo Station is a good example here. It received a few tweaks to better reflect the latest lore about the Anima Foundation and the Promethean Sect.

Our aim is for each mission to offer citizens an interesting and satisfying narrative arc (depending on the choices made, of course!) Even when a mission is part of a series, we still want it to offer satisfying narrative closure. So, for example, ‘Possession’ and ‘Possessed’ on Nouveau Limoges are a series, but we’ve made some small tweaks to ensure they stand up well even if citizens only play the first of them.

We’re also updating some missions to give you more of a chance to invest yourselves in the dramatic conflicts which you encounter. As is already the case for many missions, we want to always give the feeling of a living world where citizens’ activities can make a difference to something!

Consequently, we’re clarifying dramatic stakes and strengthening some of the mission goals, so that citizens’ purpose is always clear and motivated. You can see a good example of this with the new starter mission, ‘Prologue: Fighting off the Pod Fog’.

Thanks to your helpful reporting, we’re also fixing bugs and typos, so that nothing interrupts the flow and immersion of your adventures.

Missions like ‘A System Shock’ on Taungoo are a good example here. We gave that one a number of logic fixes to ensure all narrative branches work as smoothly as a Razorback gliding through vacuum!

Our new and improved mission-builder!

Thanks to the hard work of our devs, Tau Station’s busy scribes now have even more tools for branching missions in interesting ways. The latest updates allow for choice consequences to carry over to later missions even more. So think carefully about which path you want to take in life, citizens!

Perhaps the most exciting aspect of our current work are the new series of missions, called the ‘CORE Story’ thread. This mission series will form the main narrative spine that runs through the entire game. It will provide the over-arching structure for all the existing (and forthcoming) missions. Citizens can think of it as the main quest thread, as opposed to side quests.

Chapter 1 of the CORE Story is in preparation and will be coming in a future update. It’ll launch citizens upon the most important question of all; what caused the Catastrophe and how can we prevent a repeat?

If that sounds like a daunting challenge, worry not! Citizens can expect some helpful allies in the CORE Story, in the form of the mysterious ‘QED’ group. But, no spoilers for now; more will be revealed about them in the first installment!

Looking to the future

As well as updates to existing missions and the forthcoming CORE Story missions, Citizens can also look forward to future changes to the missions UI. 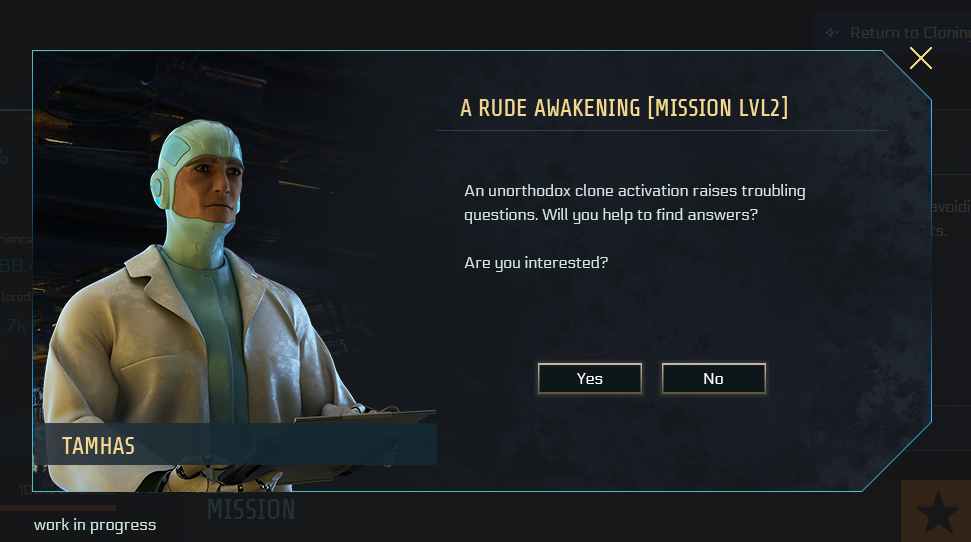 This work is still in the early stages and is planned for 2020, but we want to enhance the interface for mission content. We’re looking at things like a ‘typewriter style’ scrolling text display and a full screen window. This is all, of course, still work in progress, but we’ll keep you posted as it develops!