My name is Curtis Poe, and Tau Station was my dream.

I grew up on Heinlein, Asimo 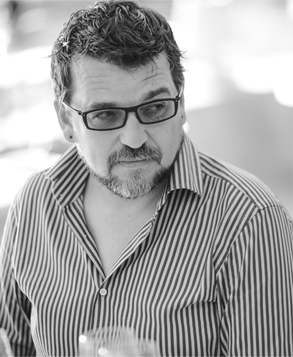 v, and piles and piles of old sci-fi pulp magazines filling the air with the heady smell of adventure that any pulp reader would instantly recognize (I’m sure there’s a market for a “pulp paper” cologne – you may have that business idea free of charge). Thus, when I first encountered free-to-play text MMORPGs that ran in a browser, I immediately went looking for the ones with a science fiction theme. It was a disappointingly short search, and the ones that I found were buggy, or strategy games, or just plain boring.

I couldn’t find what I wanted, so I decided to build it instead. As with many other hackers, I often find myself writing code in my spare time, telling myself that I’m “solving a problem” when, in fact, I’m just having fun.

I knew what I wanted. I wanted space opera; I wanted Elite-style trading; and I wanted something that paid homage to actual science, even if it was necessary to take a bit of narrative license with it from time to time. I also wanted to play with ideas around law and order, and how “watchful” a society might be, perhaps even in terms of George Orwell. I wanted a world people could explore and think about and, more importantly, I wanted a world you could escape into the way I escaped into books when I was a child.

I spent some time mapping out the stories and, as any good developer will do, I started hacking on it. After creating a basic website, one of the first things I did was to grab the astronomical data of all the stars within 20 light years of Earth, convert it to a more useful format, and import it into a database. The next day, I wrote code to create wormholes connecting various stars, and shortly after that I was staring at a JavaScript map of the galaxy.  I had a lot of fun creating the space stations, and giving the stations and wormholes names that referenced different cultures or paid homage to famous people related to science and science fiction.  I wanted a world where people could say, “Hey, I know that name!” but also stumble across others like Hendrik Lorentz or Hideki Yukawa and be prompted to look them up.  My logs show that I did all this in January of 2010.

So here we are almost seven years later with you, dear reader, wondering what the heck took so long. Frankly, the game had to be put on hold. After a few months of working on it in my spare time, Leila and I moved to Amsterdam and our daughter was born. And I received a contract to write a book on Perl. And we moved to Paris. And All Around The World launched. And we moved again. And, well, you know. Life.

In 2014 I decided I wanted to restart the project. I didn’t even know if the code would still run, but after a bit of tweaking I got it up and running and was shocked to realize how much had been implemented. I blogged a bit about it, received lots of positive feedback, and basically started spending every bit of my free time on it. And that’s when Leila stepped in.

My name is Leila Contraire, and I make things happen. 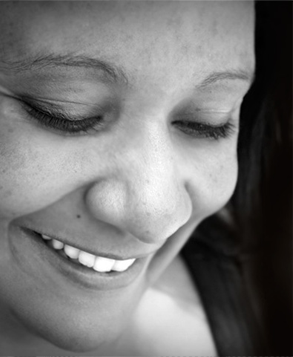 In 2014 I had already been hearing about Tau Station for four years. After losing my husband to the book he’d spent eight months writing, I was now losing him to the dream of Tau Station. And, as unglamorous and this sounds, I’d had enough.

Therefore, we had one of those conversations about making a choice and taking responsibility. Either Curtis was going to commit to finishing this project and I would help him make it happen, or he was going to stop spending all his spare time on it.

I started hiring the team slowly, so as not to endanger All Around The World. The first person to join us was Yaroslav, followed by many more. Now, just like the company’s name, we have people from around the world working together to make Tau Station happen.

Many developers focus on the amazing experience they’ve gained from working at large studios before launching their own game. I could have gone the expected route and looked for those developers for our team, but I chose not to. It was important to me to protect the vision and dream of creating something new from the “know how” that tends to produce games similar to what’s already out there. For sure that made us slower at first. But we wanted something different, so we we’ve gone about doing it differently, and we’ve been lucky. The Tau Station team is a fantastic group – passionate, dedicated, and willing to make it happen. While none of us has game development experience per se, each of us brings important experiences and skills to the table. And it’s the sum of these various experiences that has brought us to where we are now. We’ve made mistakes. We’ve had growing pains. We’ve been unruly and not as structured as I would have liked, but we were also learning a new job. Now we’re coming closer and closer to Alpha testing, and we’ve done it together.

With you, dear readers, we are going to make something different happen. We are going to create a game with the sort of escapist atmosphere that we enjoyed in books when we were children. So yes, it’s a game, but we aspire for it to be something more: a place where you can live in a space opera instead of just reading one.

And that’s the story that we are going to tell in this blog. This is just the first chapter.