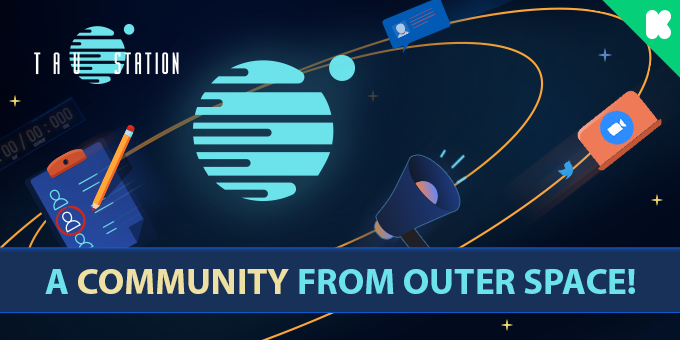 The humans of Tau Station are as diverse and brilliant as the stars within which our galaxy swims. Many of them are as skilled as the very engineers who keep the stations afloat and as fueled by ingenuity as the scientists of Benevolent Dynamics! This segment, we would like to shine our plasma torch on Citizen Dotsent!

My story in Tauverse has started a few years back, when I saw a post from Ovid calling for alpha testers for a private Alpha release of his beloved game Tau Station. By then I was following Ovid for a couple of years since I was working with Perl myself and wanted to get to know some people from the community. This and my love for SciFi meant one thing: of course I signed up immediately!

I didn’t get to join the first wave of alpha testing back then, but just a few tenspans later I got that email with the subject: “Closed Alpha Launch : you are the one” – and joined what would become a very long and deeply satisfying journey.

I got immersed immediately. Back then the Tauverse only contained two star systems – Sol and Alpha Centauri. The space was dark and dangerous, there were no private ships around and I think it took around 2-3 tenspans before the first player finally dared to embark on the first interstellar trip. It was a time of constant discovery, since there was no handholding and no manual. The training mission didn’t exist and all of us had to find our way based on the limited information we got from the developers’ blog and whatever we have learned ourselves.

My biggest warm remembrance from that time was the feeling of community. The testers for the first and second wave of closed Alpha were chosen really well – a lot of them, myself included, had software development background and loved SciFi, so there was always something interesting to discuss. I think it took me around a tenspan to open the chat first, and I was always there since then. We’ve made quite a lot of useful connections and this was when the community of players started to form.

Around a cycle later, the Tauverse has opened its portals for a new steady stream of adventurers – the open Alpha testing has started. By that time, a lot of folks from the closed testing period have amassed pretty significant piles of gear and money and have explored a lot of the Tauverse laws and process, so an arrival of more fresh people was very welcome. This was when a tradition of sending some small welcome gifts to the newcomers was born. Being the first coordinated effort of the players, it was a glimpse into the things to come.

In one more cycle, the Tauverse has caught up with the tendencies in the community by allowing the players to form syndicates. I already had quite some leadership experience both IRL and in online games, so I jumped the bandwagon and joined the very first syndicate that’s been created. I already had some reputation in Tauverse, so it was no surprise that I have stepped up as a first officer of the new syndicate. However, managing the syndicate in Tauverse was fairly different from what I was used to from my other endeavors – mostly since I felt that as an officer I was really lacking some data and functionality there (not because the dev team wasn’t working hard – they have done an excellent job! – but since there were only 100 segments in a day and one can only do so much). Hence the syndicate management tooling started to take shape as a myriad of spreadsheets.

By the time when the syndicate campaigns were introduced (around 3 cycles from the start of all this) we already had quite a lot. The syndicate campaigns meant that we had to solve a heap of new issues with coordination: how to ensure that people come for the campaign? How to split the loot? How to find if a syndicate member is no longer active in Tauverse? All of those questions demanded answers, and since we had several software developers in the syndicate, the answers came quickly in the form of new tooling. First those were just the tools to analyze and summarize the data we were getting from the players’ pages to identify the inactive ones. However, in one more cycle I grew tired of the ungodly amount of spreadsheets and decided to make One Tool To Rule Them All. This was how the Tau Manager was born. At first it was only made to do two things: 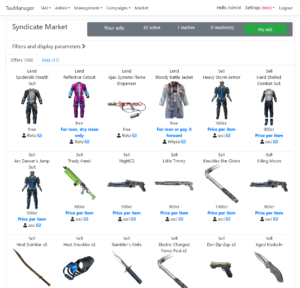 With time, it has grown into a full-fledged personal project, including an authentication system, privilege system, syndicate market, Discord integration and many more small features. What was first created as a tool to support only TAU, has been successfully extended and now it supports all three syndicates from our alliance – TAU, TTU and the newest addition TRU. At some point, about 4 cycles ago, I also put the source code of the Manager to Github so that it can serve any syndicate if they’d be willing to put it to use. However, I’m slacking on writing the proper installation instructions, so if you’d like to use it for your syndicate – just shoot me an email! 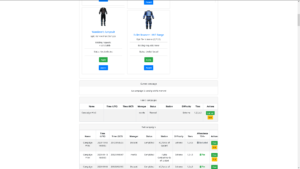 Now, almost 10 cycles later, I’m still enthusiastic about the future of the Tauverse. I see a lot of new people coming to experience it and a lot of them stay – fascinated by the world that the dev team has created, by the community feeling and by all the potential that the game has.